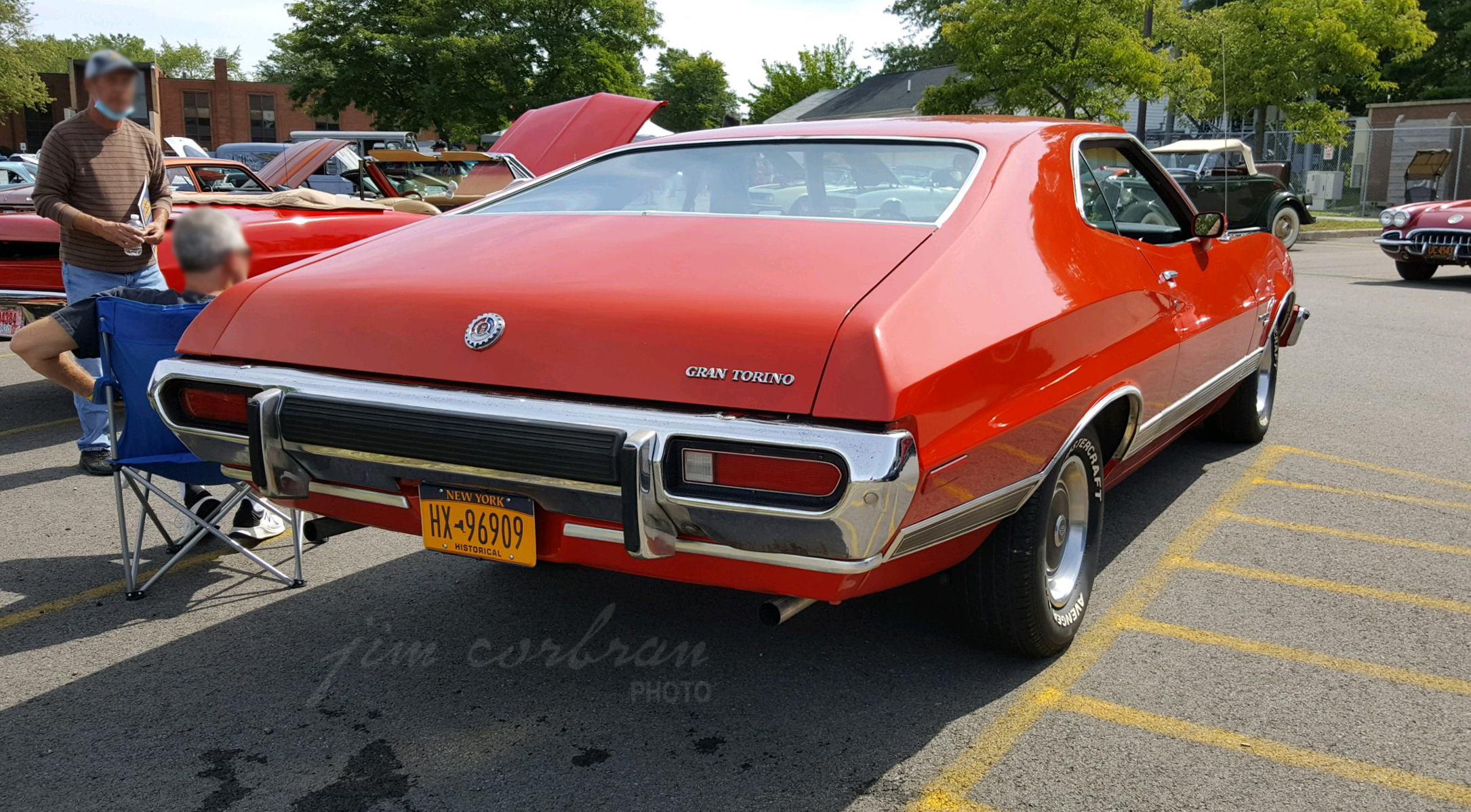 From the rear there’s not a big difference between this 1973 Ford Gran Torino Sport and the 1972 model we featured here last month. But take a walk up to the front, and there’s that big ol’ Ford front bumper inviting you for a sit-down. Things would only get worse a year later when the back end got the same treatment. For MY 1973 the Torino lineup had two different front ends: the one seen on today’s RealRide and another look with a full-width eggcrate grille used on the base Torino models (bottom of page). That would also be the case for the ’74 models, but by 1975 all Torinos would share the same front clip. We saw today’s RealRide this past summer at the annual Taste of West Seneca Car Show (held without the “Taste” part). 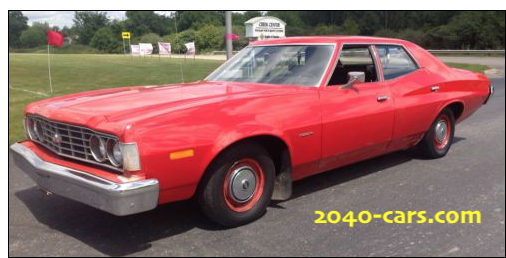