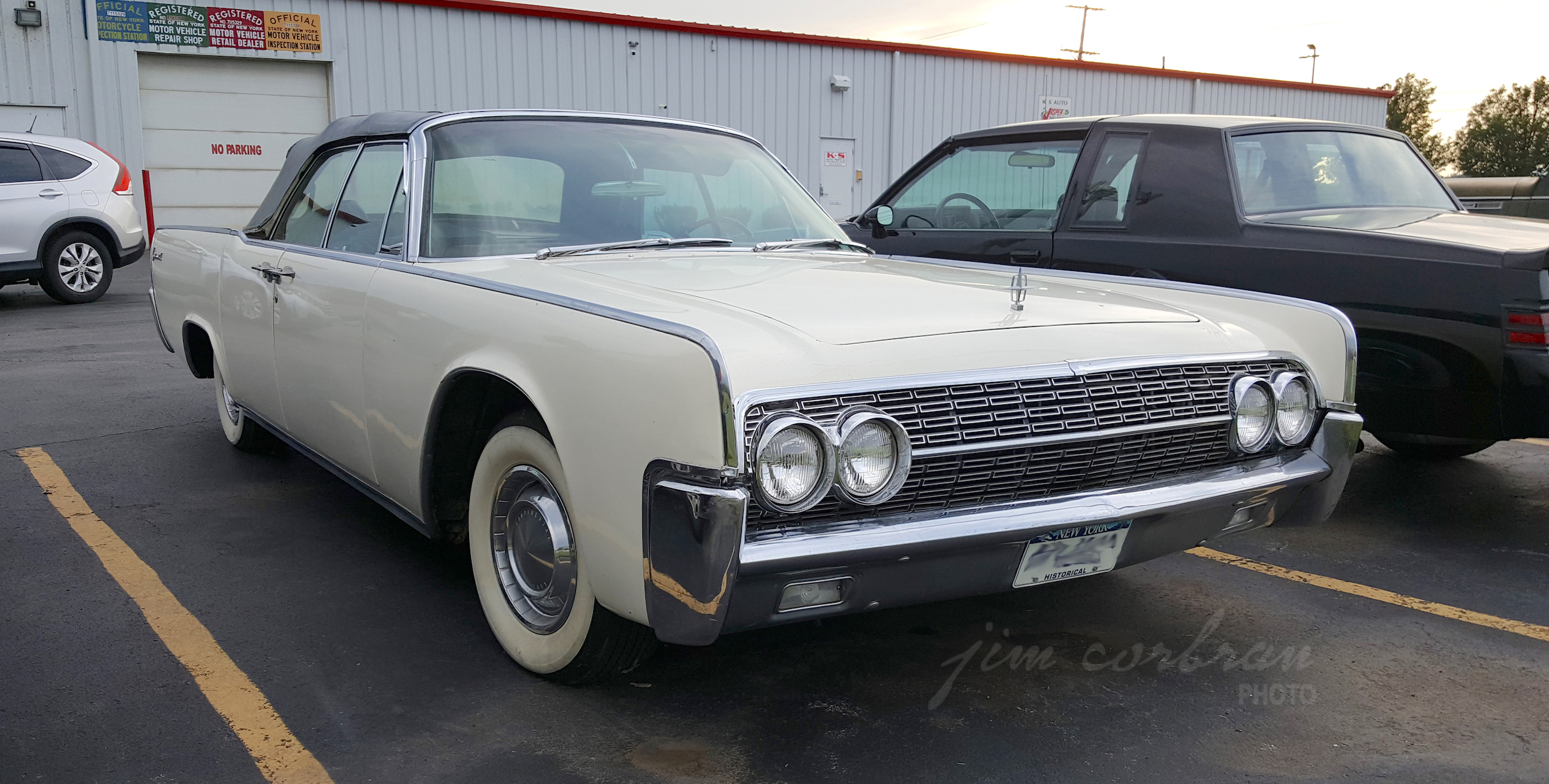 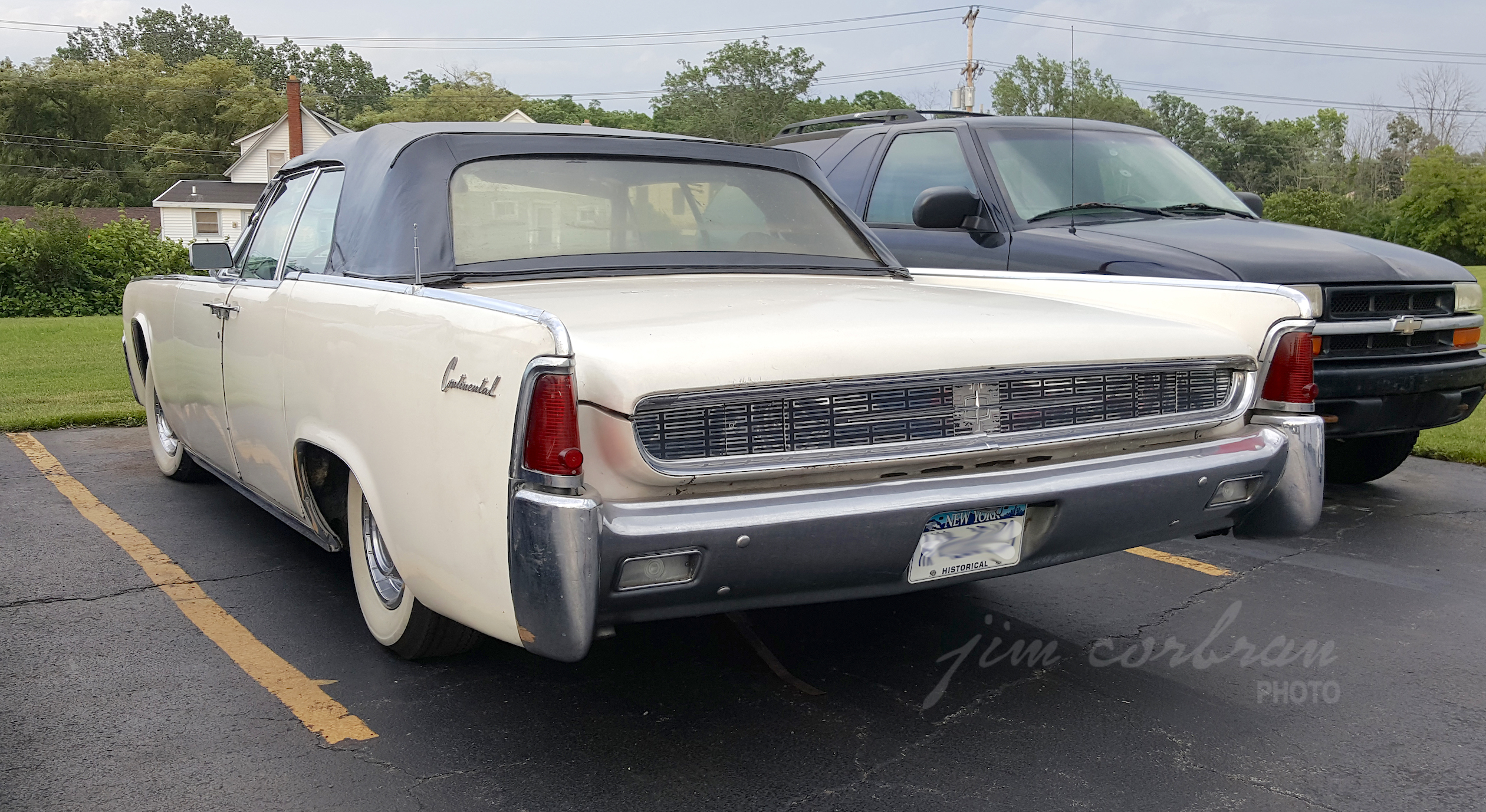 This 1962 Lincoln Continental marks the marque’s second year for this styling cycle, which famously featured North America’s only (at the time) suicide doors on a production car, as well as North America’s only production four-door convertible. Growing up, the parents of a school chum had one just like this, only the color scheme was reversed — Bermuda Blue Poly with a white top and matching white interior which was fashioned from “supple leather & vinyl.” I was immensely impressed. Still am. We came across this example over the summer in Tonawanda.

Got a RealRide you'd like to see featured here?
Drop us a line at realrides@buffnews.comThe post “RealRides of WNY” appeared first on Buffalo Cars