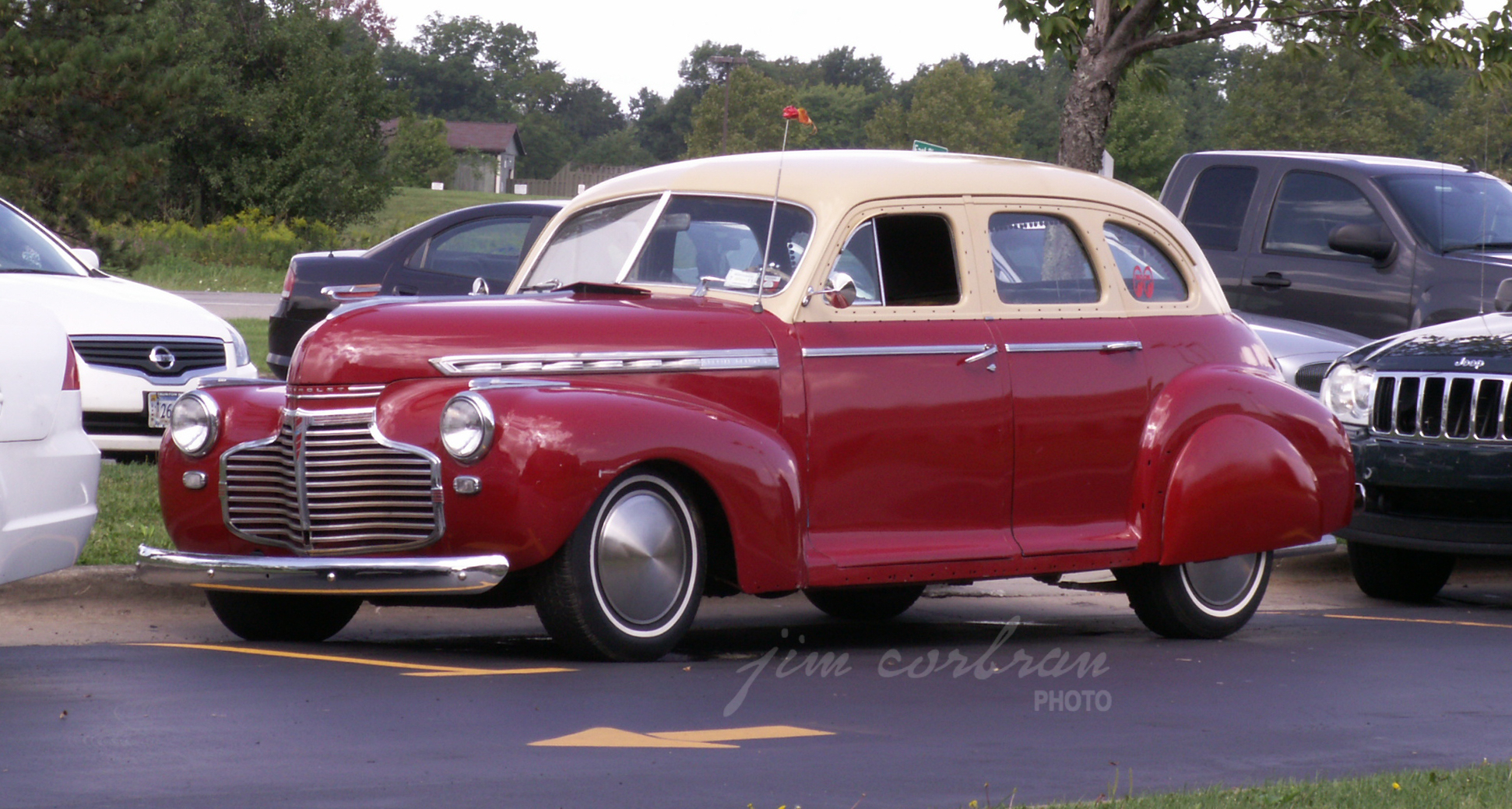 The brochure told us that the 1941 Chevrolet Special De Luxe Sport Sedan could be had in one of three different two-tone color combinations. The one seen on today’s RealRide however, wasn’t one of them. (They were Nassak Gray over Squadron Gray, Cimarron Green over Ridge Green, and Squadron Gray over Marine Blue — the uppers being the lighter hue for all three combinations.) Judging from the exposed holes on this car, which represent some missing trim bits, I’d hazard a guess that this was a relatively new respray when we came across it more than ten years ago in the parking lot of a Grand Island hotel.