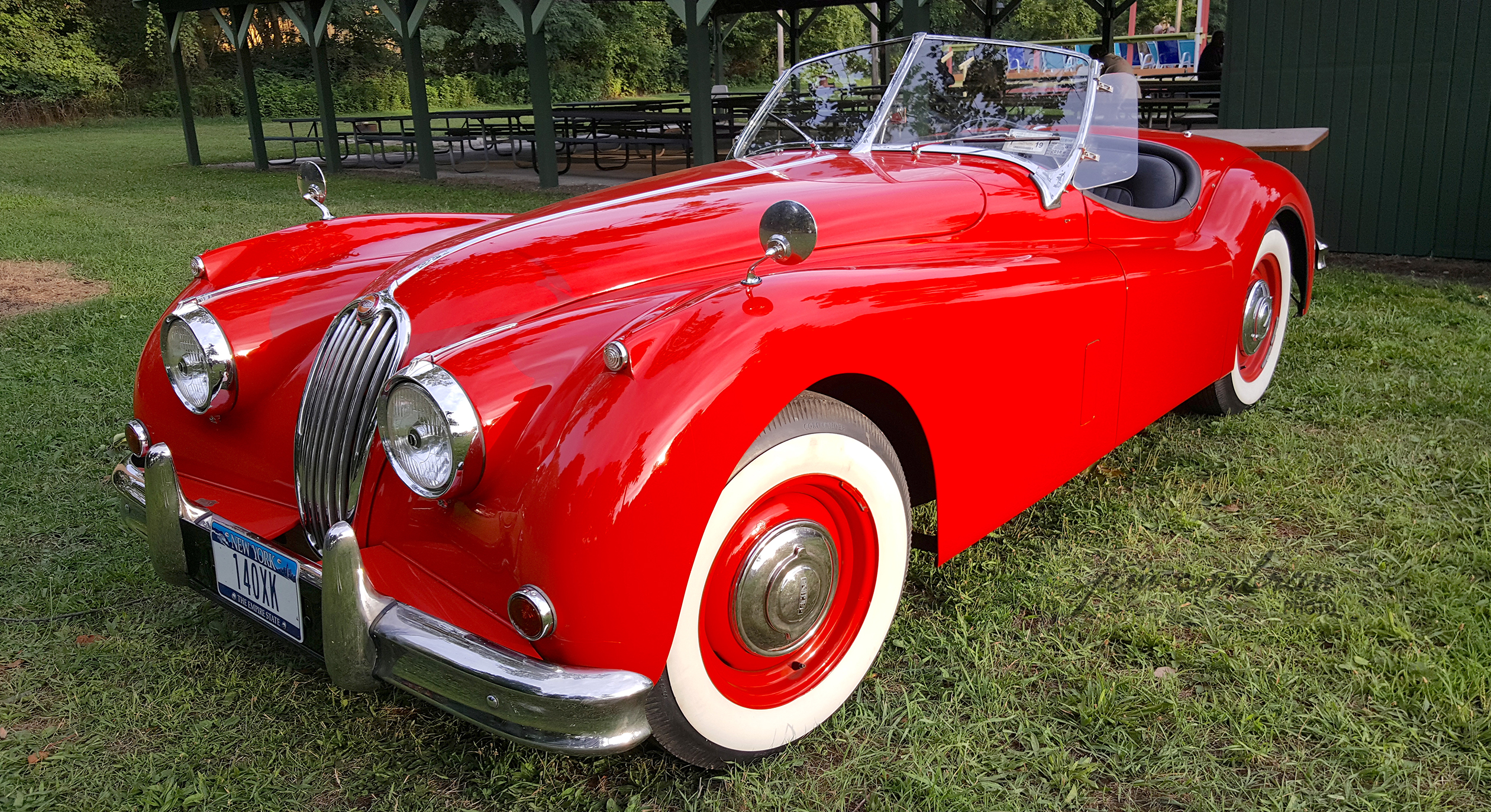 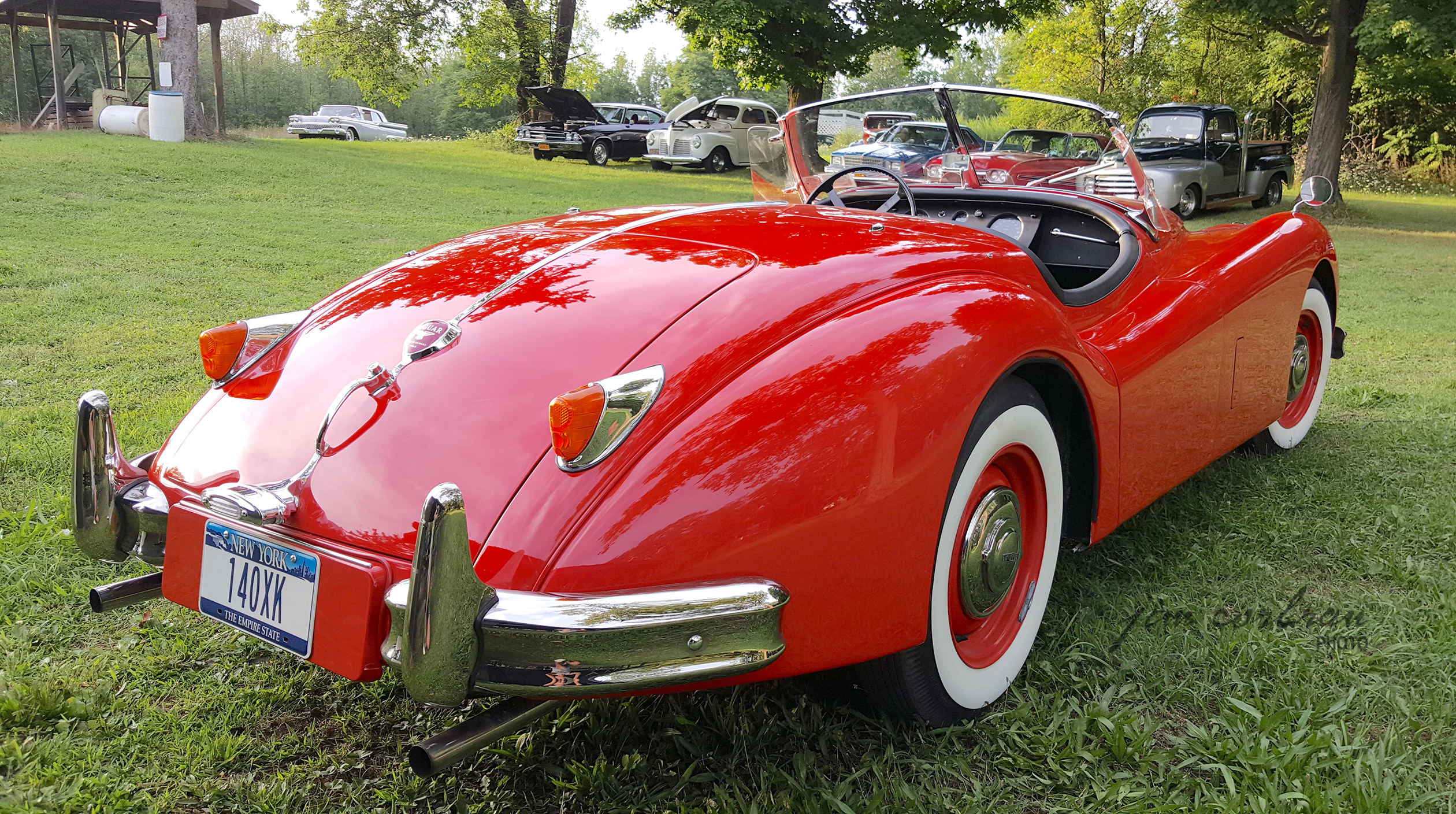 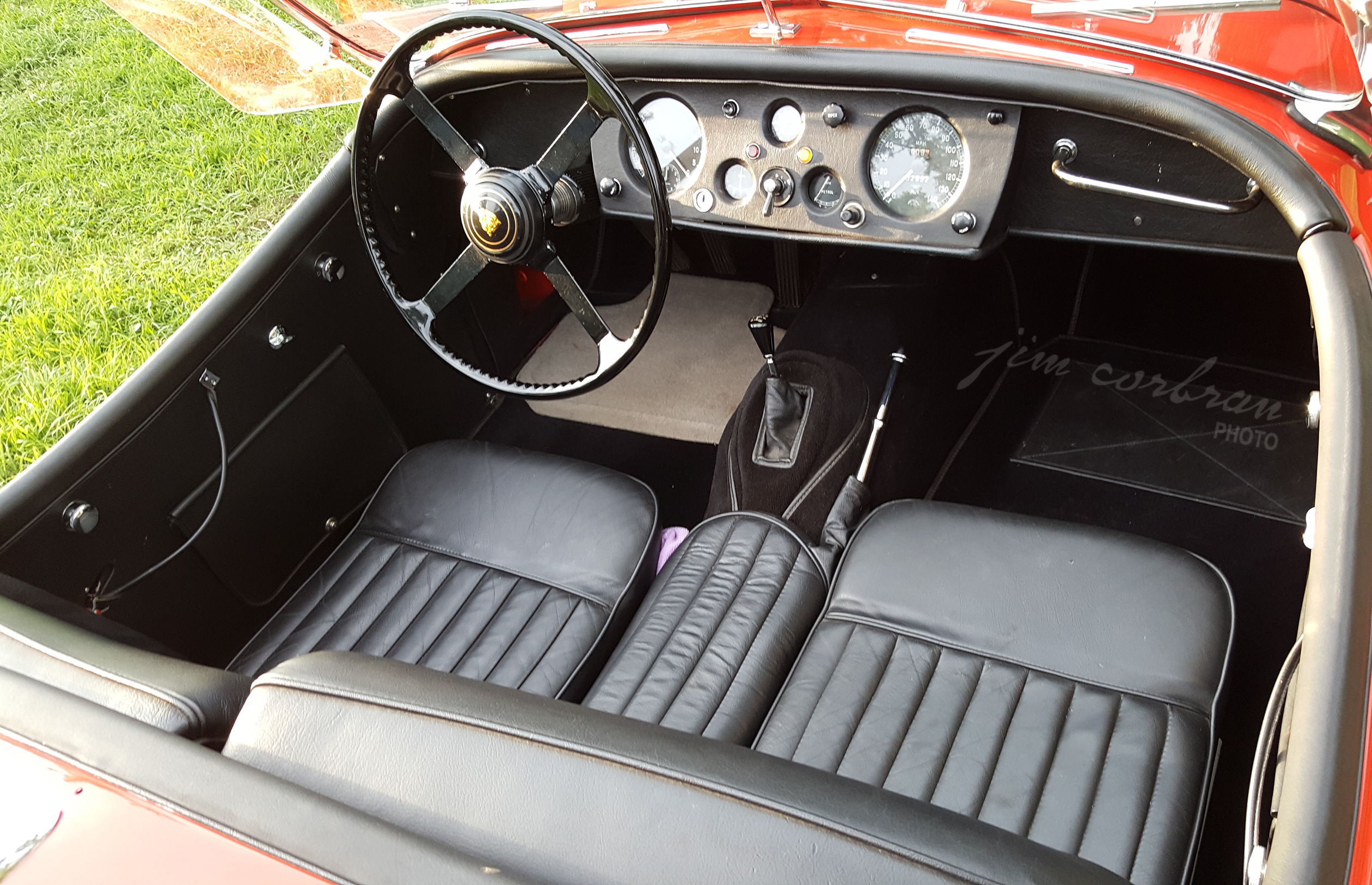 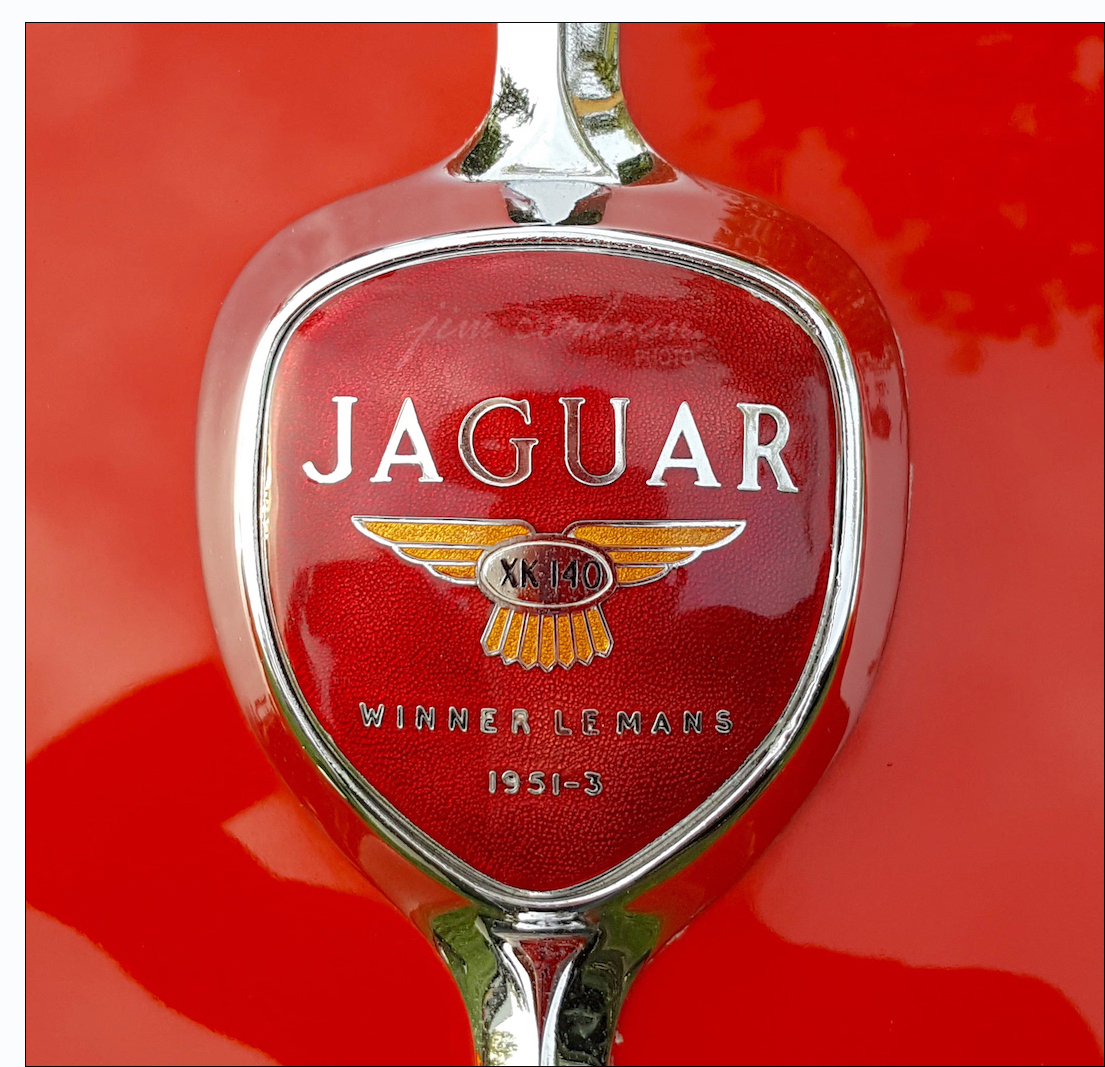 This 1957 Jaguar XK 140 came to mind after we featured an XK 150 last month which we found in Buffalo. That gray 150 was a Drop Head Coupe, and in the article we also made mention of the Roadster. Well, here’s a closer look at a Roadster model, one which we saw a couple of summers ago at a weekly cruise night at the Moose Lodge in Hamburg. Unlike the Drop Head, the Roadster had no back seat. The badge on the boot brags about Jaguar’s 24 Heures du Mans wins in 1951 and 1953 (from looking at the badge though, you’d think they won from 1951 thru ‘53, but Mercedes-Benz won the 1952 race). Jaguar did go on to win that famous 24-hour endurance race in Le Mans again in 1955, 1956, and 1957, but I’m assuming someone in Coventry told them they had to use up these old badges first, Lol. Another RealRides Classy Classic.