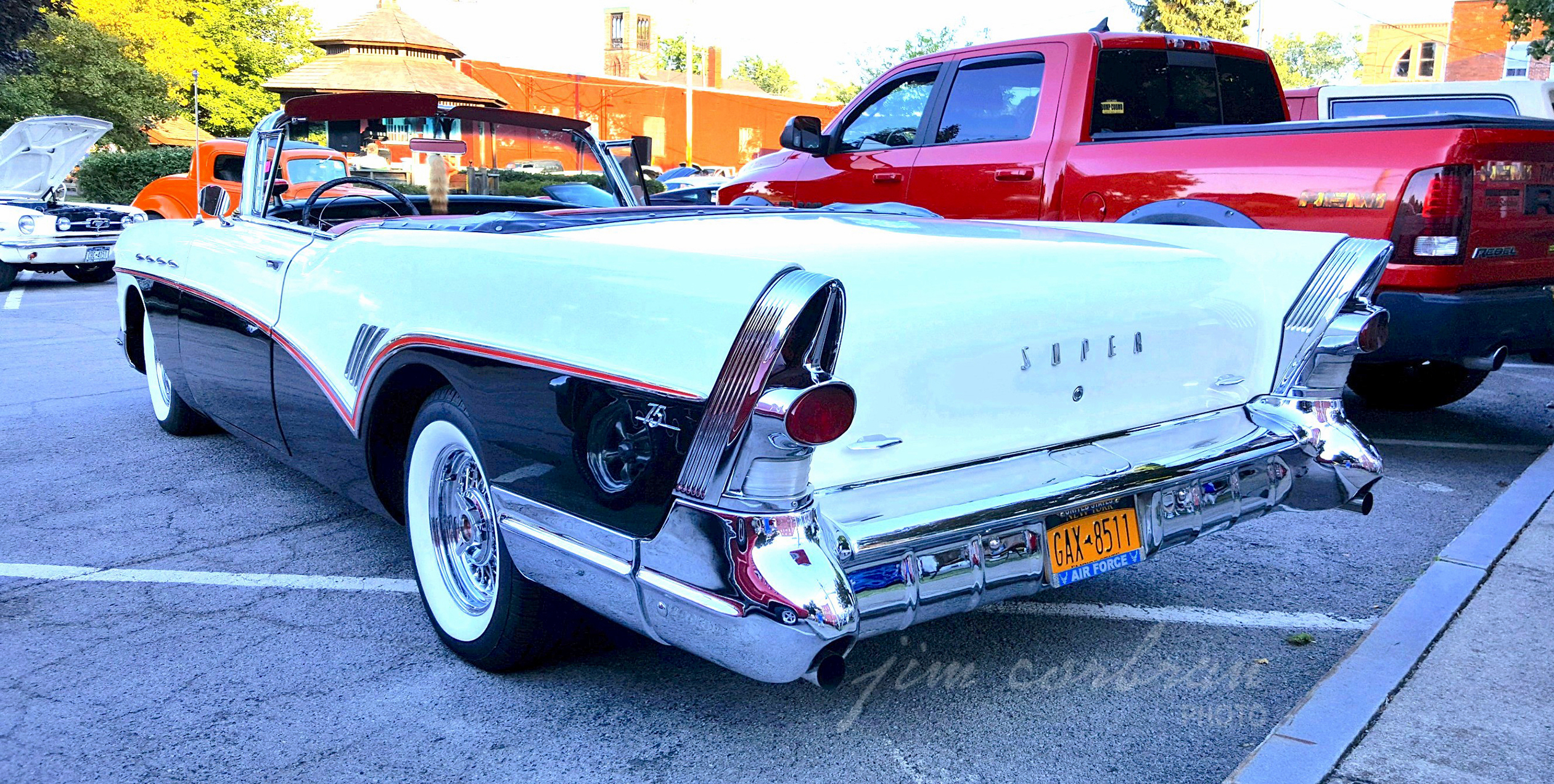 This 1957 Buick Super reminds us that not every GM car from 1957 was a Chevy. Looking around at car shows/cruise nights sometimes it seems like that’s the case. Buick told us that “…the Super Convertible truly represents an outstanding value in zestful motoring adventure.” I’m going to go out on a limb here and proclaim this the only appearance of the word zestful in 1950s automobile literature. Seating surfaces were “Cordoveen,” and the transmission was something that the copywriters in Flint told us was an “Instant Variable Pitch Dynaflow.” They showed us a top-up illustration, seen below (Yay, Buick!) in the same brochure. We saw this RealRide last summer at a weekly cruise night in Medina.