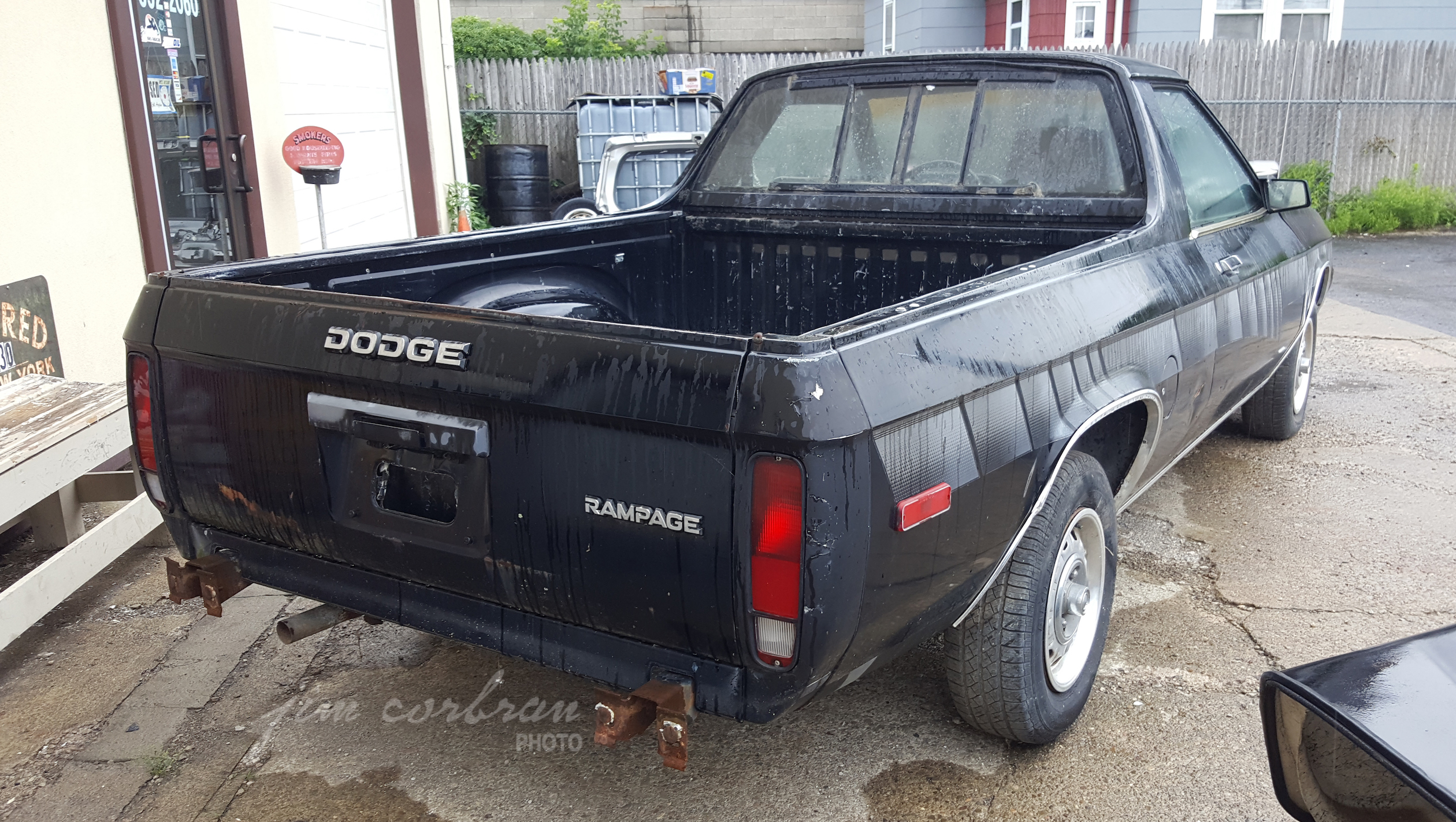 When the Ford Ranchero and Chevy El Camino ushered in the car-based pickup genre in North America back in the late 1950s, the Chrysler Corporation was notably absent in fielding a competitor. But they did eventually offer this 1982 Dodge Rampage pickup, which was based on its compact Omni (along with a Plymouth Horizon-based version called Scamp). It was advertised as having “Sleek, aerodynamic sports car styling up front. A roomy pickup work box in back.” By this time (from what I recollect) the only competition in the U.S. was Volkswagen’s Rabbit pickup. We came across this example over the summer in a North Tonawanda used car lot. Still there (as this is written), it has since had a cap installed on the bed.