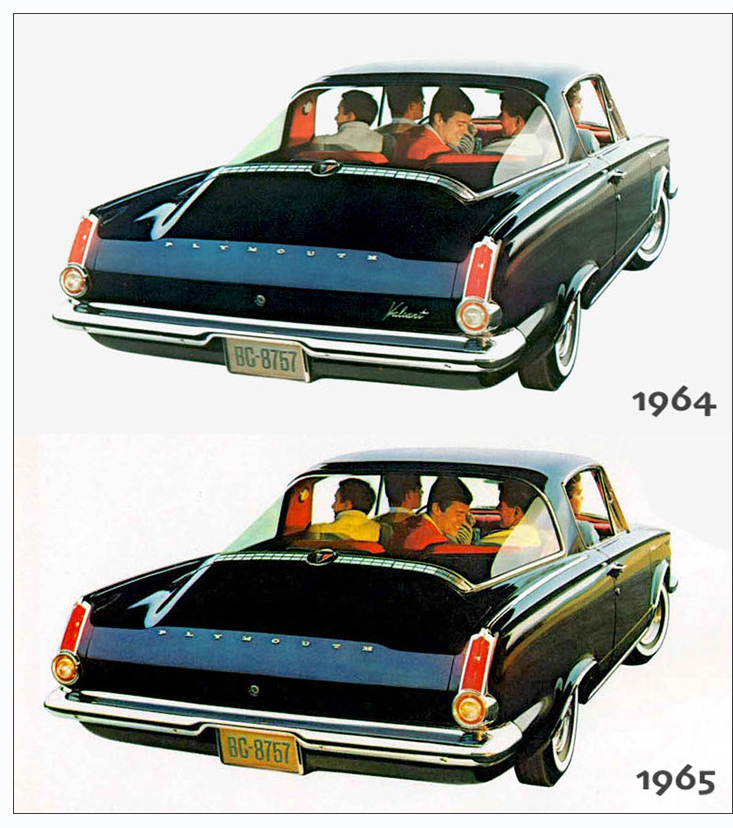 There wasn’t a huge difference between the 1965 Plymouth Barracuda seen here and the 1964 model which preceded it. Probably because it was introduced late in the ’64 model year, just a couple of weeks before Ford introduced the Mustang if I remember correctly. The differences between the ’64 and ’65 models lie mainly in what you see in the inset photo: the debut cars had a Valiant badge on the trunk; it disappeared on the ’65 models. As you can also see from the photos, Plymouth didn’t even bother with a new brochure for MY 1965 — they merely had the Valiant badge airbrushed out of the existing artwork. Saw this one (with what looks like a non-factory paint job — see the offered colors at the bottom of the page) a month or so ago in Niagara Falls.