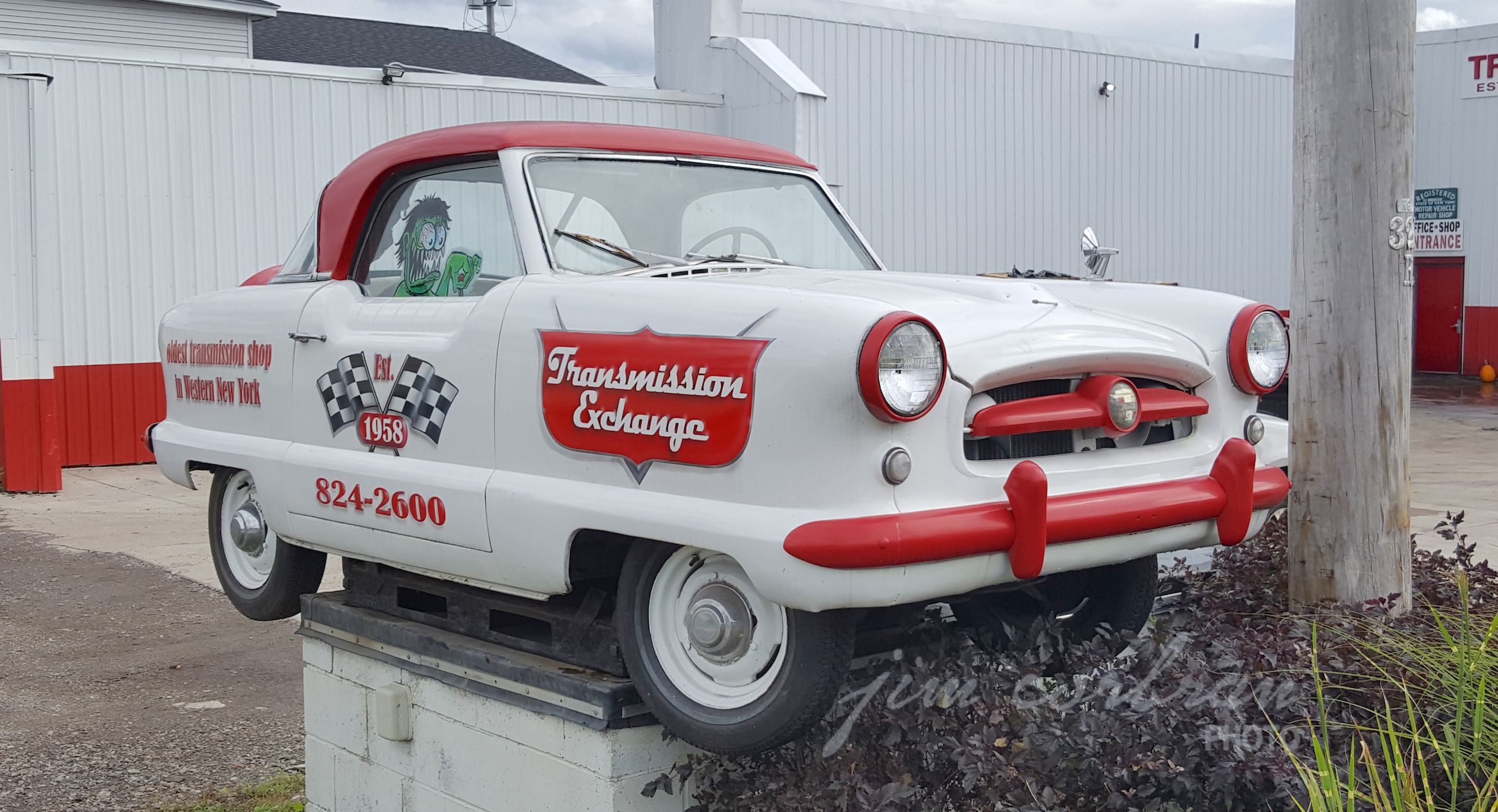 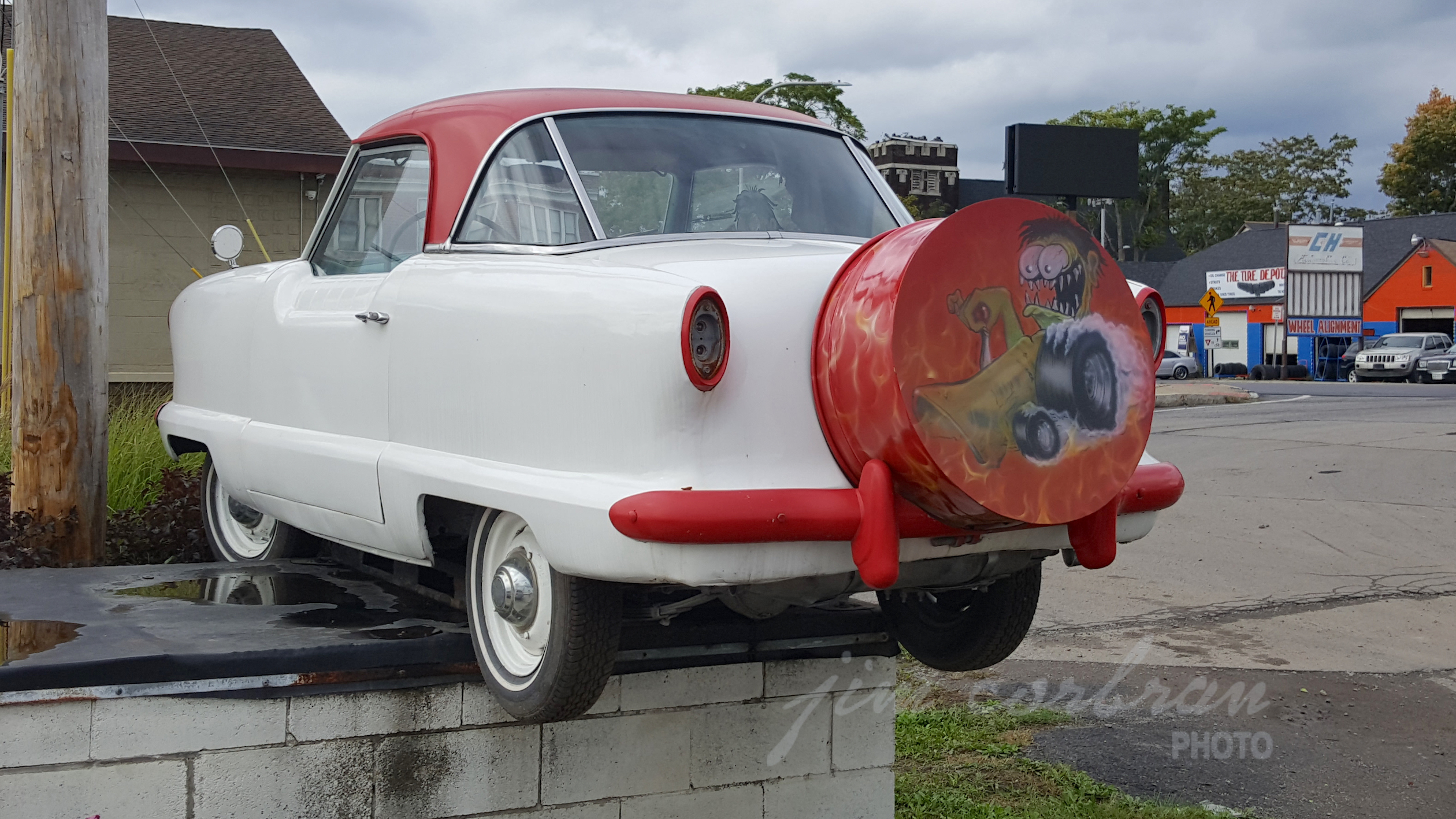 Maybe we should label this one a “former” RealRide, as this 1954-55 Nash Metropolitan is now a permanent piece of advertising, perched out front of a Lackawanna transmission shop. Early Mets had the single-bar grille seen on this one (although it was chrome-plated, as were the bumpers), while the 1956 models switched over to a mesh insert fitted into a chrome surround. Those later models also featured a zig-zag chrome side spear which became a delineation point for the Met’s two-toning. Model years 1954-55 saw these little British imports badged as both Nashes and Hudsons, following the Nash/Hudson merger which formed American Motors. The Nash and Hudson monikers were dropped from the Metropolitan lineup beginning with MY 1957. The final Mets were built for MY 1962.