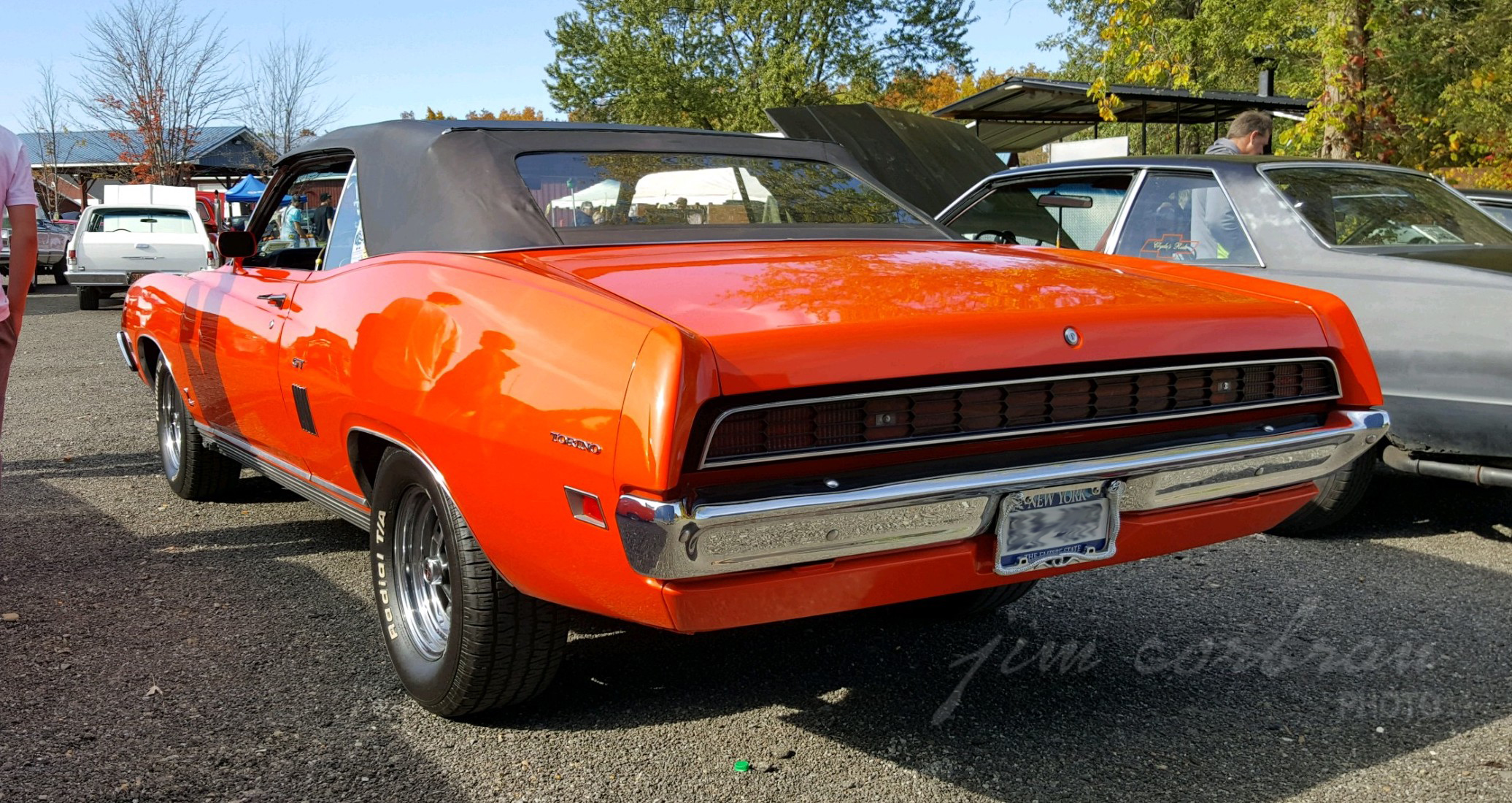 If there’s a convertible with the top up at a car show/cruise night, you can be sure we’ll be taking photos. A case in point is this 1970 Ford Torino GT we saw at one of the last cruise events of this past season at the Big Indian Smoke Shop in Irving. The Torino GT was available only as this convertible, and a semi-fastback two-door hardtop which Ford called a SportsRoof. The rest of the Torino lineup consisted of four-door sedans and grocery getters (like the camper-hauling Torino wagon below) as well as a more formal-shaped two-door hardtop. Also offered was the Torino-based Ranchero car/truck which the brochure described as “…the hardtop with the biggest trunk.”