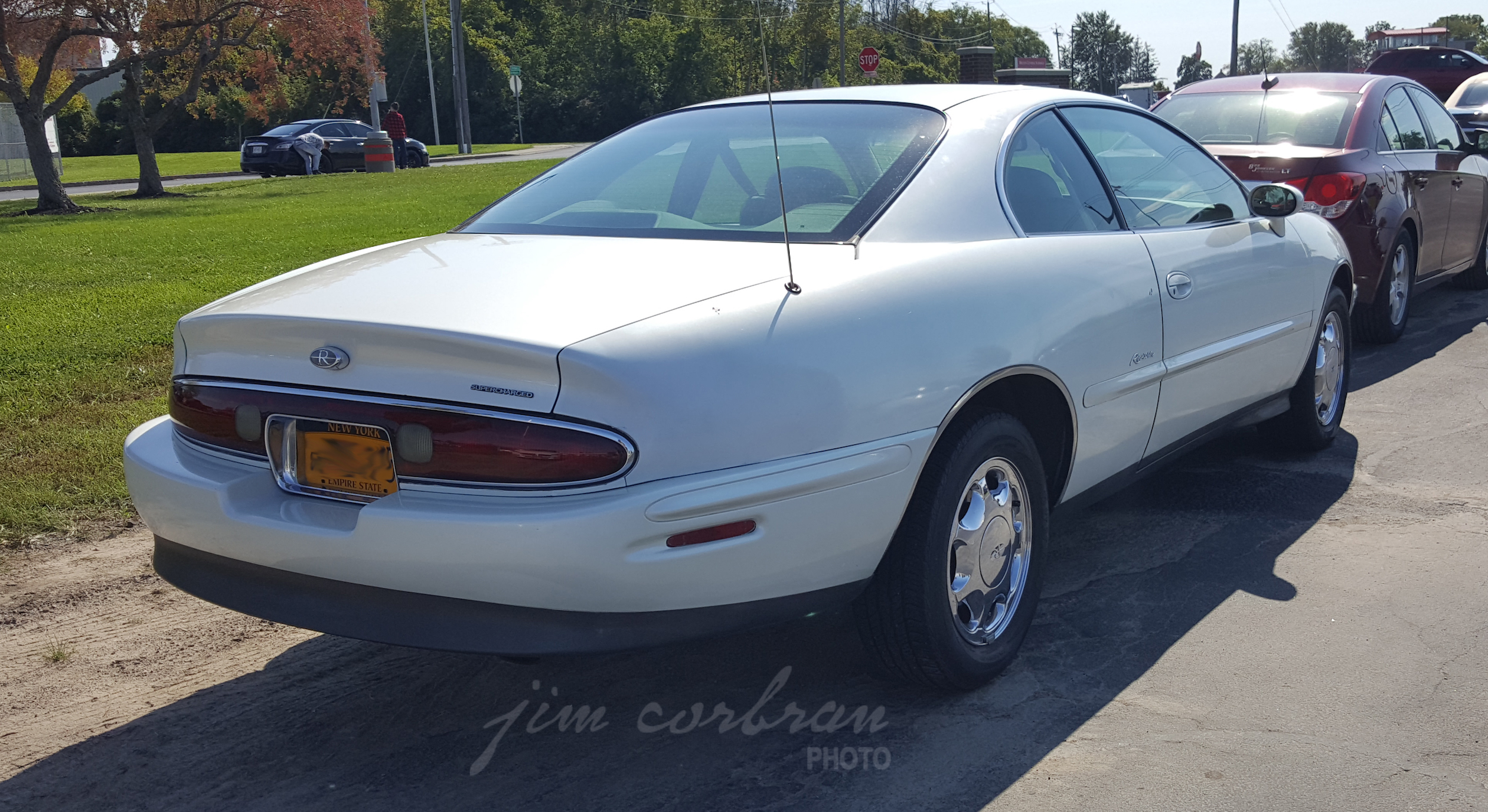 When the name was reintroduced for MY 1995, the brochure told us “Everyone won. The stylists. The engineers. The sculptors. The safety devotees and the comfort team and the test track drivers. And most of all, you.” Yeah, I guess that’s just about everyone all right. The brochure for the mostly unchanged 1997 Buick Riviera seen here called it “The world’s most spacious luxury coupe.” Again, yeah. It was pretty big for a two-door which technically had seating for five but more likely carried only four on most outings. Or two. Maybe one. The first-generation Rivieras from 1963 are still spoken about reverently for their styling. These last Rivs also stand out in a crowd, but I’m not sure it’s for the same reasons as those early versions. Saw this one over the summer in a Hilton parking lot.