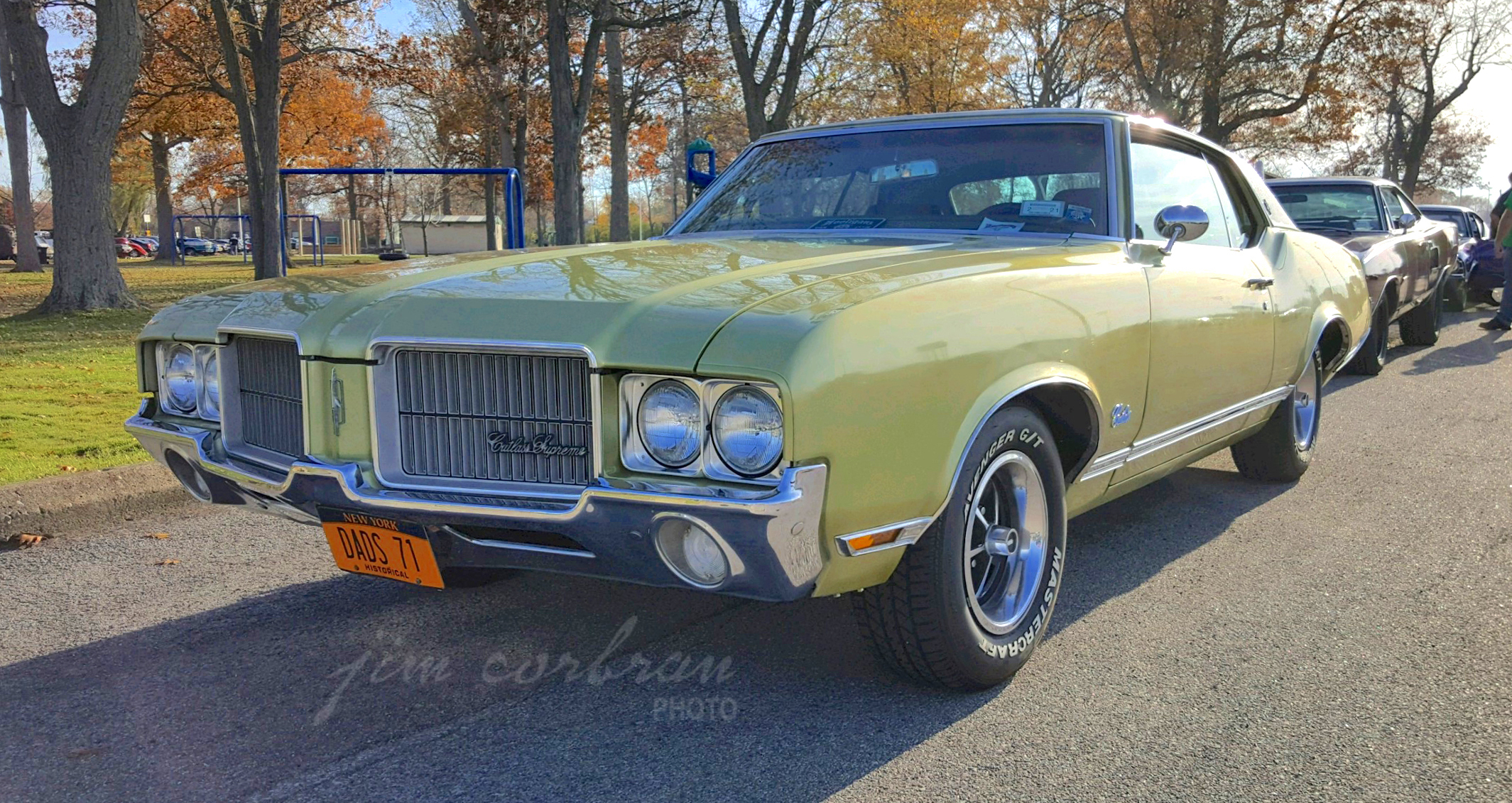 Seems fitting on the last day of the year to feature a RealRide we saw at what was probably one of the last organized events of the year: a 1971 Oldsmobile Cutlass Supreme seen last month at the Sheridan Park Golf Course in Tonawanda awaiting the start of another Sheridan Drive Saturday Cruise. The Cutlass Supreme would go on to help propel Oldsmobile to the number three auto manufacturer in sales for most of the 1970s. From the rear view, you can really see the resemblance to its Buick and Pontiac cousins, the Regal and Grand Prix. I like the fact that this one sports a typical 1970s paint color: Palm Green.