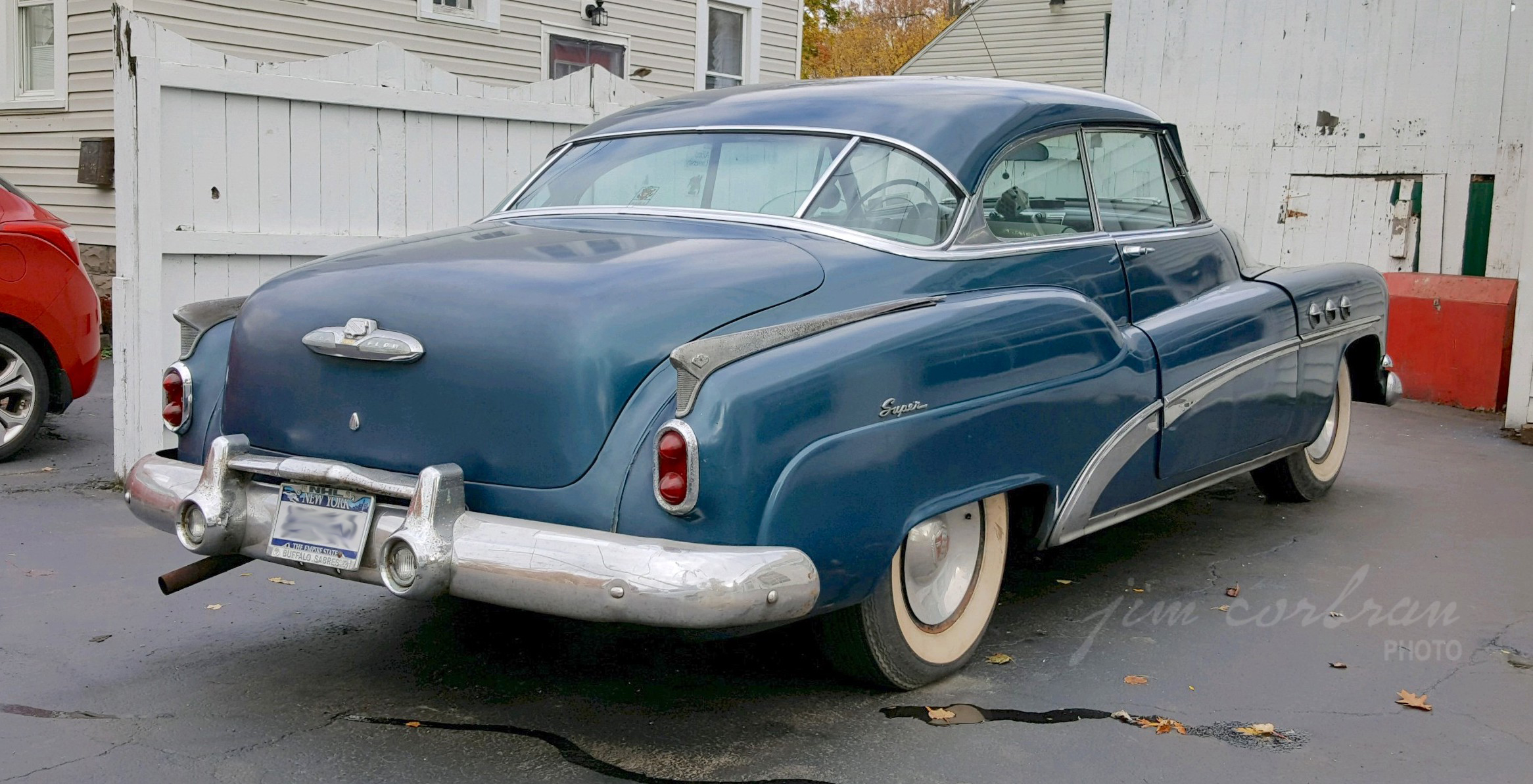 We spotted this 1952 Buick Super Riviera in North Tonawanda back in October — an encounter which pushed at least two of our buttons, with October being the month of our birth… back in 1952! Buick said of the Super, it’s mid-lineup model, “Easy on the eye, and easy to buy — that’s the story of the high-styled, generously sized Super.” All Supers had the 121.5-inch wheelbase of the Special, except for the Super Riviera four-door sedan (bottom photo), which was curiously laid out on its own 125.5-inch wheelbase. The Super’s Fireball straight-eight put out four more horsepower than the version in the Special. The pricier Roadmaster series was longer and more powerful hp-wise than both of the other series, with two more completely different wheelbases. That would never get past today’s automotive beancounters.