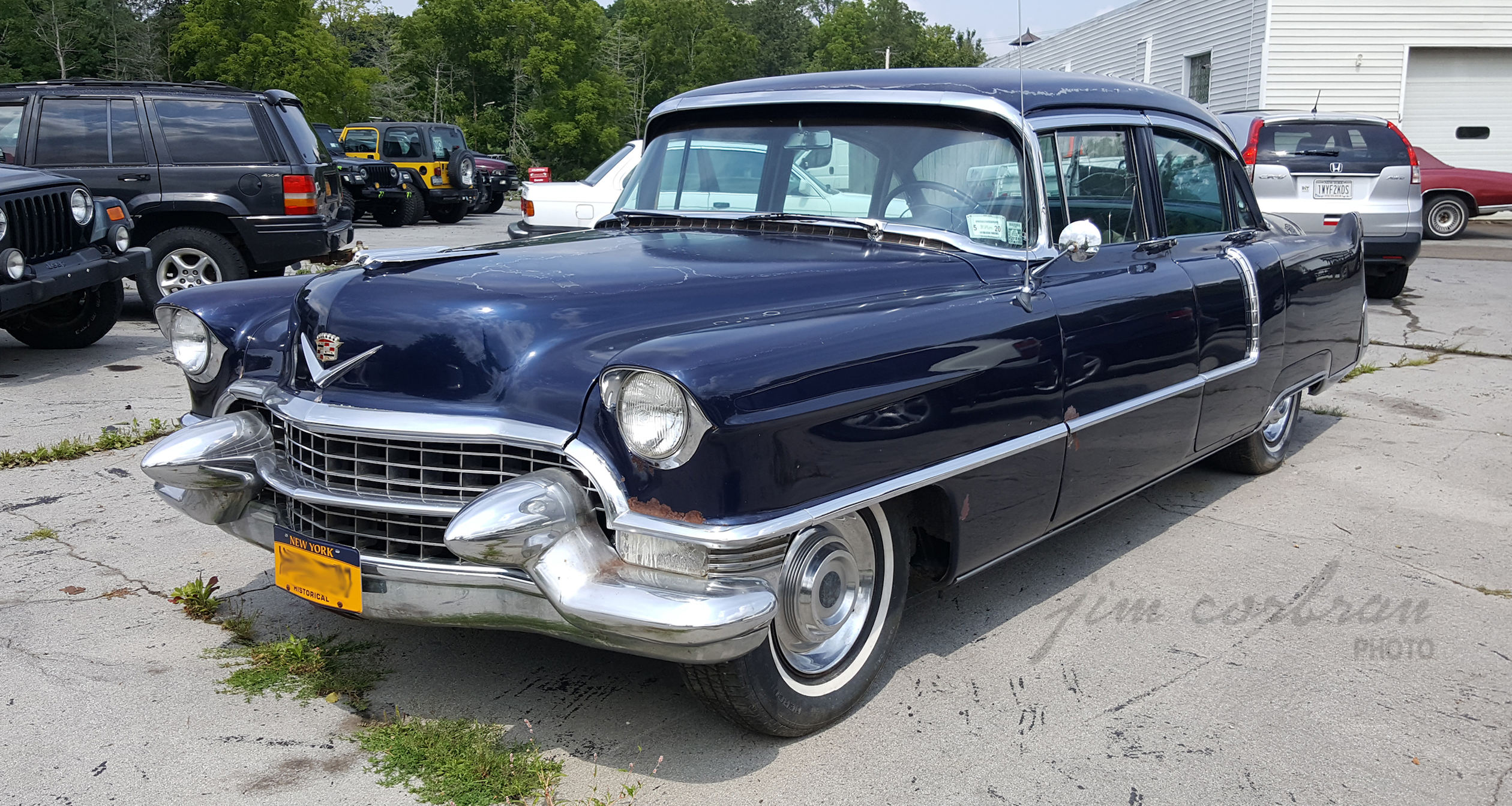 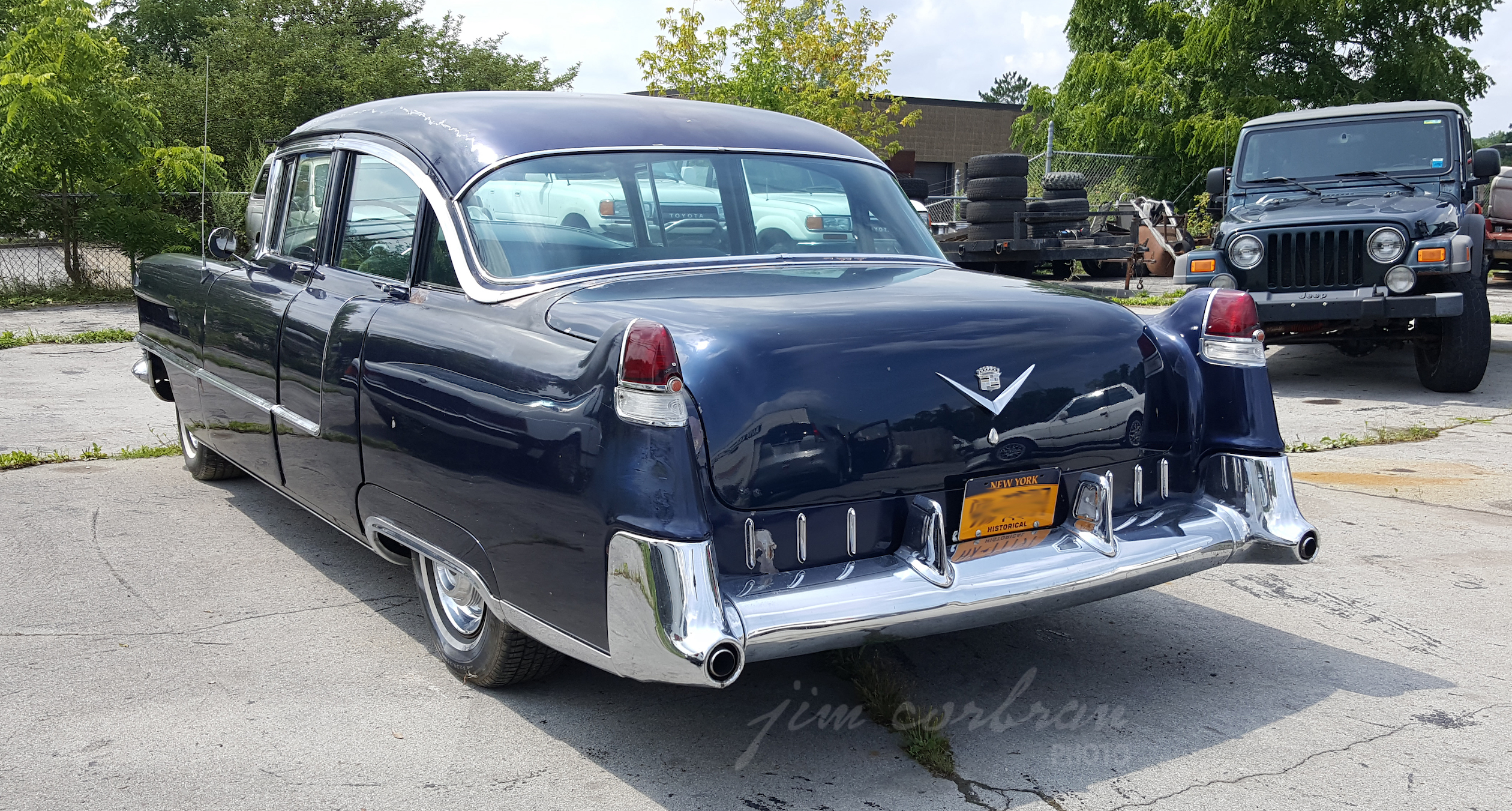 Brochure writers called the 1955 Cadillac Series 62 Sedan “…truly one of the finest family cars on the road today.” And unless you were financially able to opt for one of Cadillac’s pricier four-door models — like the 60 Special or the Series Seventy-Five eight-passenger sedan or limousine — the Series 62 was your only other choice. A year later you could also have chosen the new Sedan de Ville four-door hardtop. Interesting how over the years Cadillac originally referred to these cars as “de Ville,” then in 1968 “deVille,” with “DeVille” starting in 1969. In 1971 one brochure refers to them as the “deVille” as well as the “DeVille.” Talk about identity crises. We saw this one earlier this year in East Aurora.