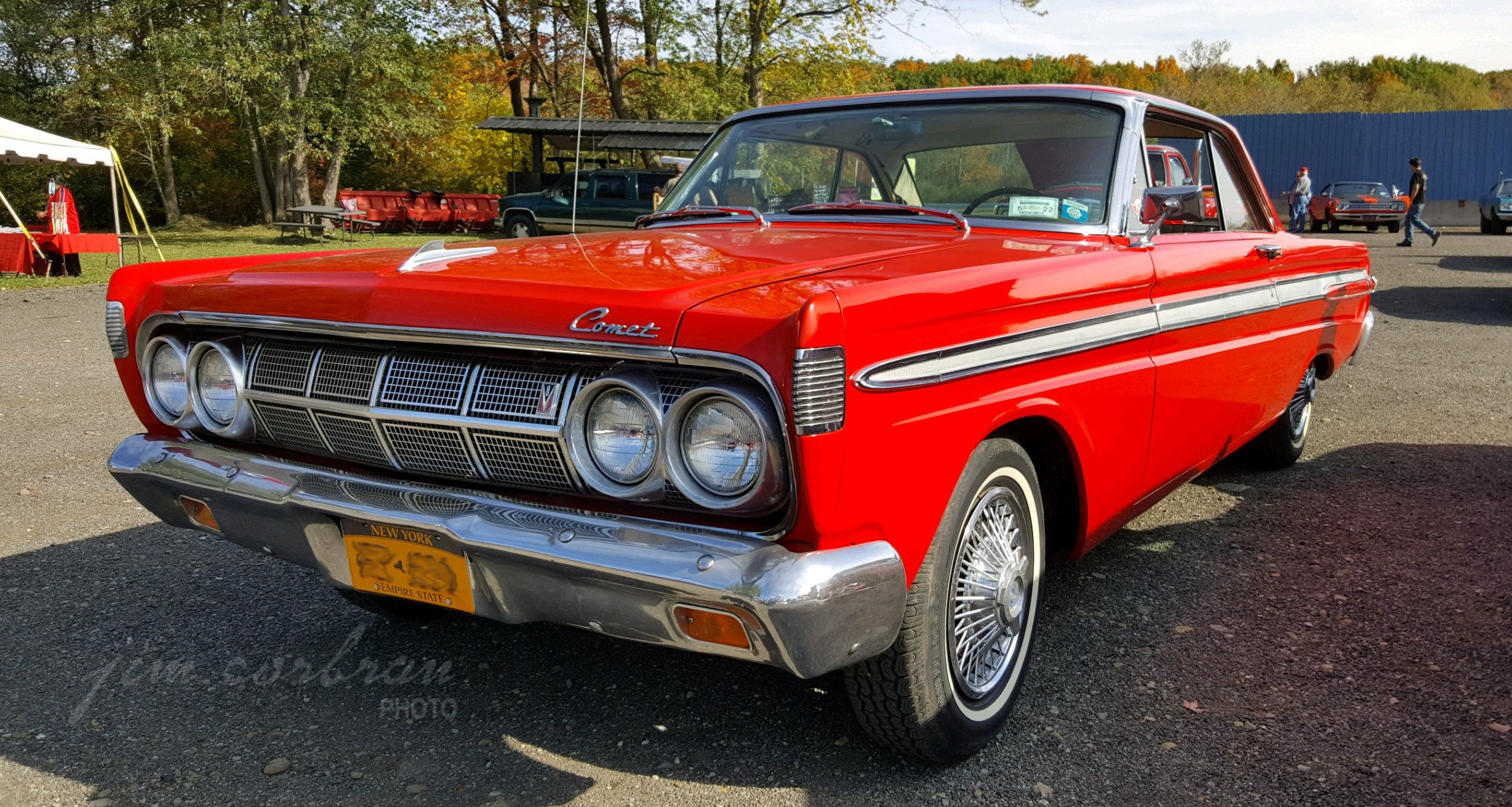 Ironically, this 1964 Mercury Comet Caliente was parked right behind a first-generation Ford Mustang at a Sunday cruise-in at the Big Indian Smoke Shop this past October in Irving. I say ironically, as it was probably the Mustang which put the kibosh on high-end sporty compacts like this Caliente, as well as Ford’s Falcon Sprint, Dodge’s Dart GT, and the Chevy Corvair Monza. After all, a Mustang gave off much sexier vibes than a tarted-up version of Aunt Mabel’s compact sedan. The available V8, sporty hardtop styling, and the “fashionable sports car flair [of the] crush-grain all-vinyl” bucket seat-equipped Caliente wasn’t enough to keep the genre afloat much longer. Die-hard Mercury fans would have to wait until MY 1967 for the Mustang-based Cougar to appear in showrooms. 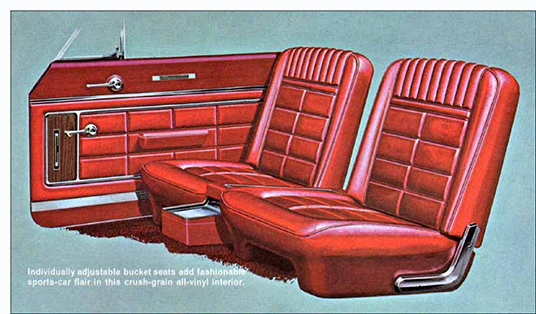