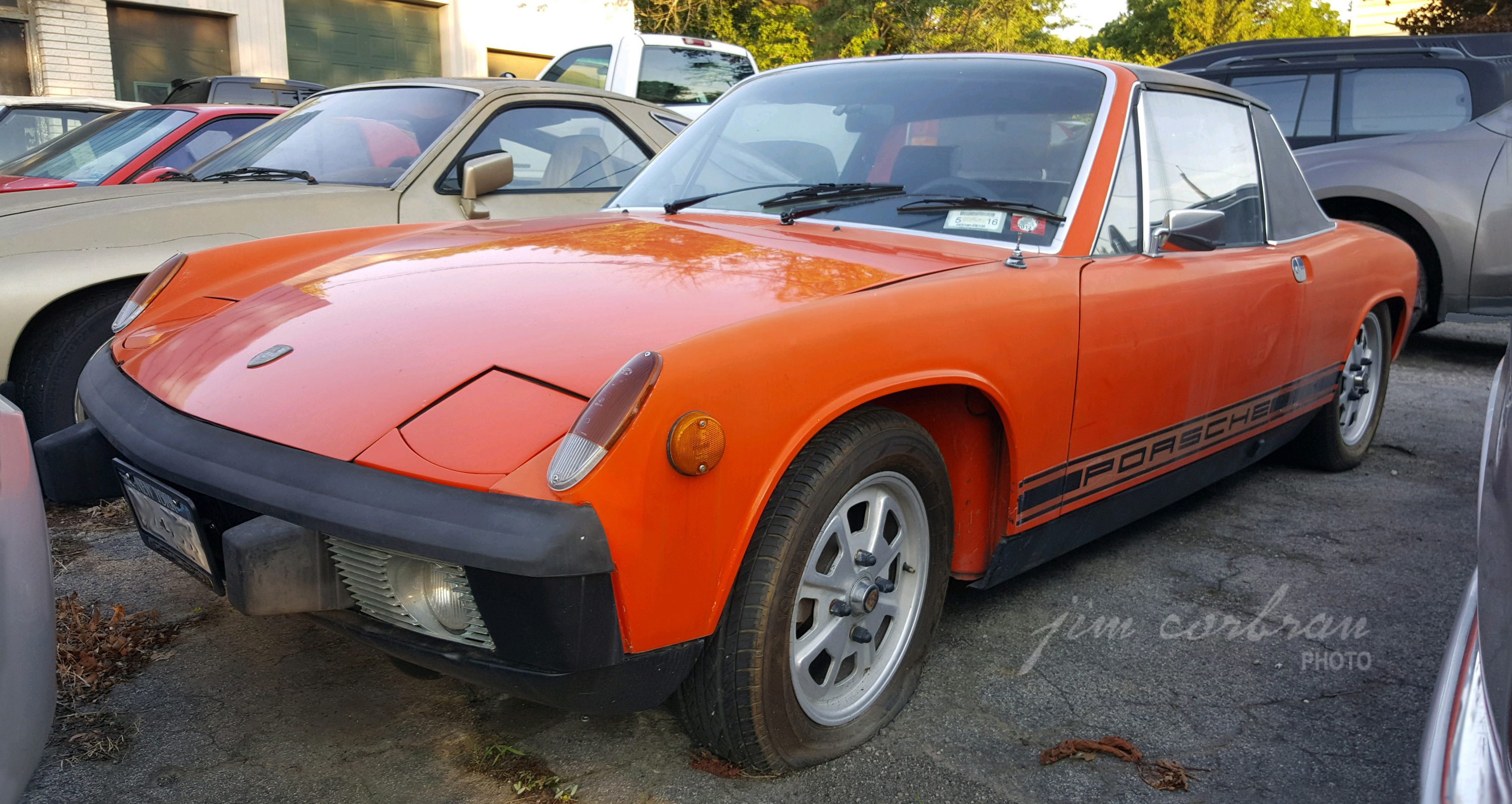 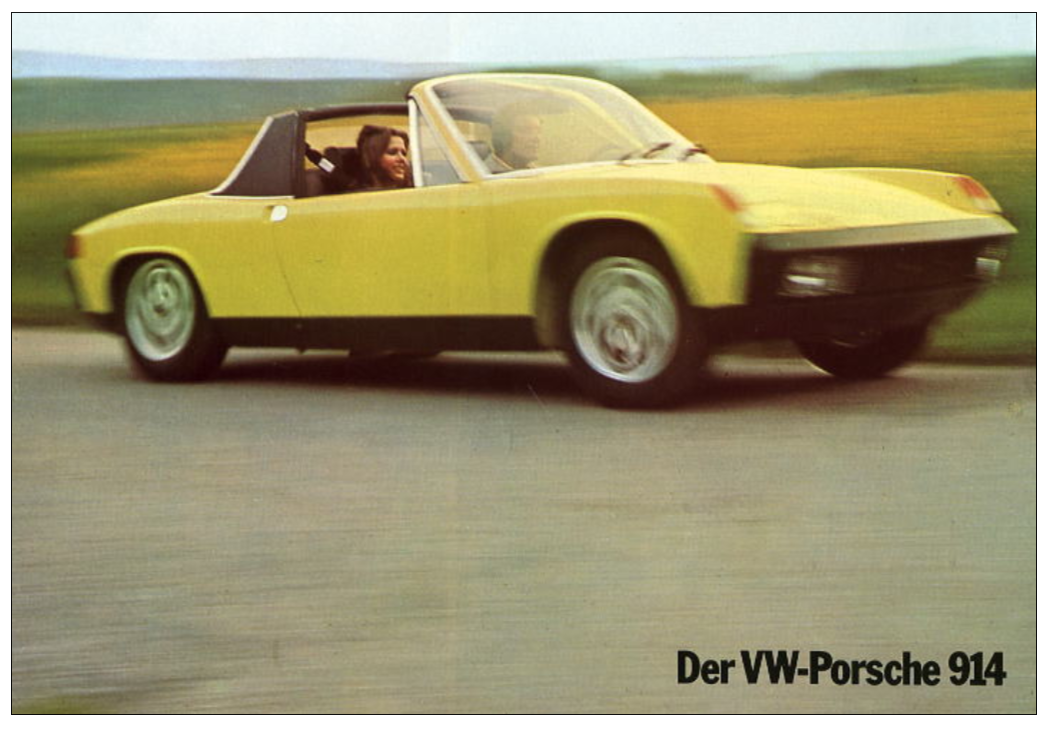 Although it wasn’t the case here in the U.S., this 1974 Porsche 914 was sold overseas as a VW-Porsche in both VW and Porsche dealerships (see German brochure cover inset). Early iterations which didn’t come with alloy wheels even had VW hubcaps adorning their steel wheels (bottom photo). Apparently the higher-ups at VW didn’t think we Yanks would pay Porsche prices for anything in a VW showroom — and they were probably right. Fast forward to the early 2000s and the VW Phaeton full-sized luxury sedan. Phaeton starting prices ranged from around 65 grand for the V8 and upwards of 96 grand for the W12. The 914 and the six-cylinder 914/6 were sold here only in Porsche-Audi stores, and did quite well. We saw this one over the summer in Lockport.