We featured this Subaru SVX back in 2014 on our old Artvoice car blog called YouAutoKnow. And seeing that we haven’t come across another one since then, why not bring it back for an encore! The SVX was built from 1991-96 and over 14,000 of them were sold in the U.S.  I think I’ve seen two of them. Maybe. One for sure. Most of the cars were All-Wheel-Drive, not surprising from Subaru, but in an attempt to maybe sell more of them at a lower price, a FWD model was introduced in 1994. The styling, IMO, was pretty good from the windows on down. But… those side windows! Oy! We saw this one back in the day in a Kenmore parking lot. Below is a screen capture of the original Artvoice blog entry, which has long-since disappeared from the internet. 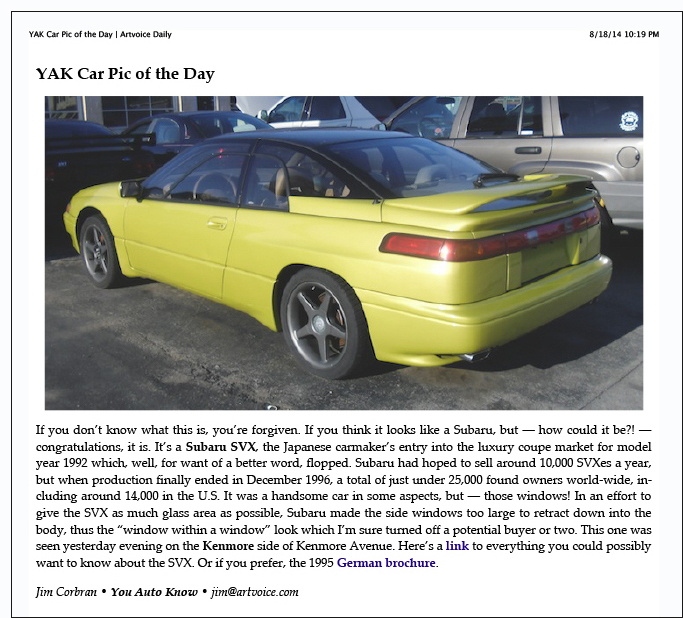