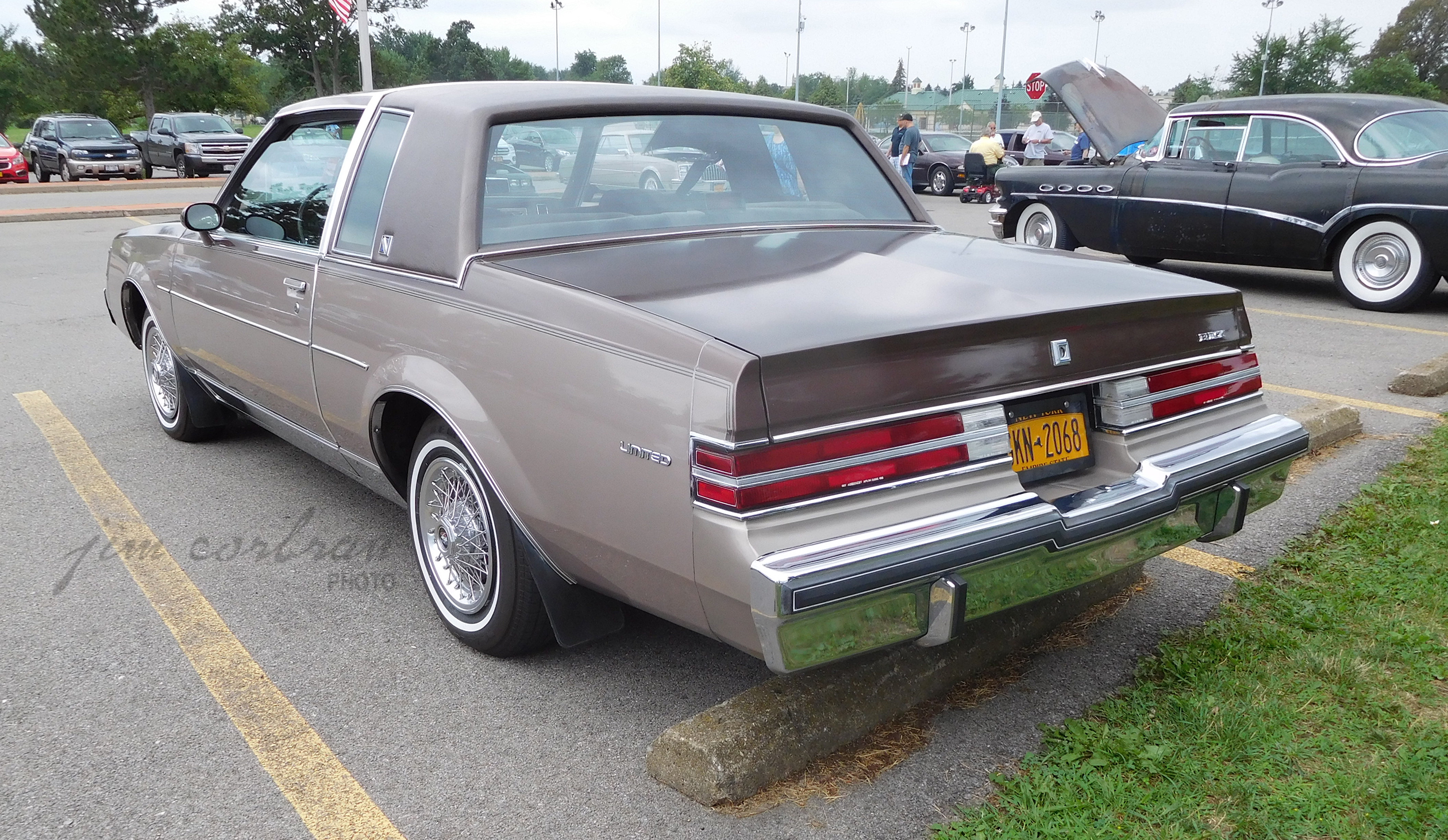 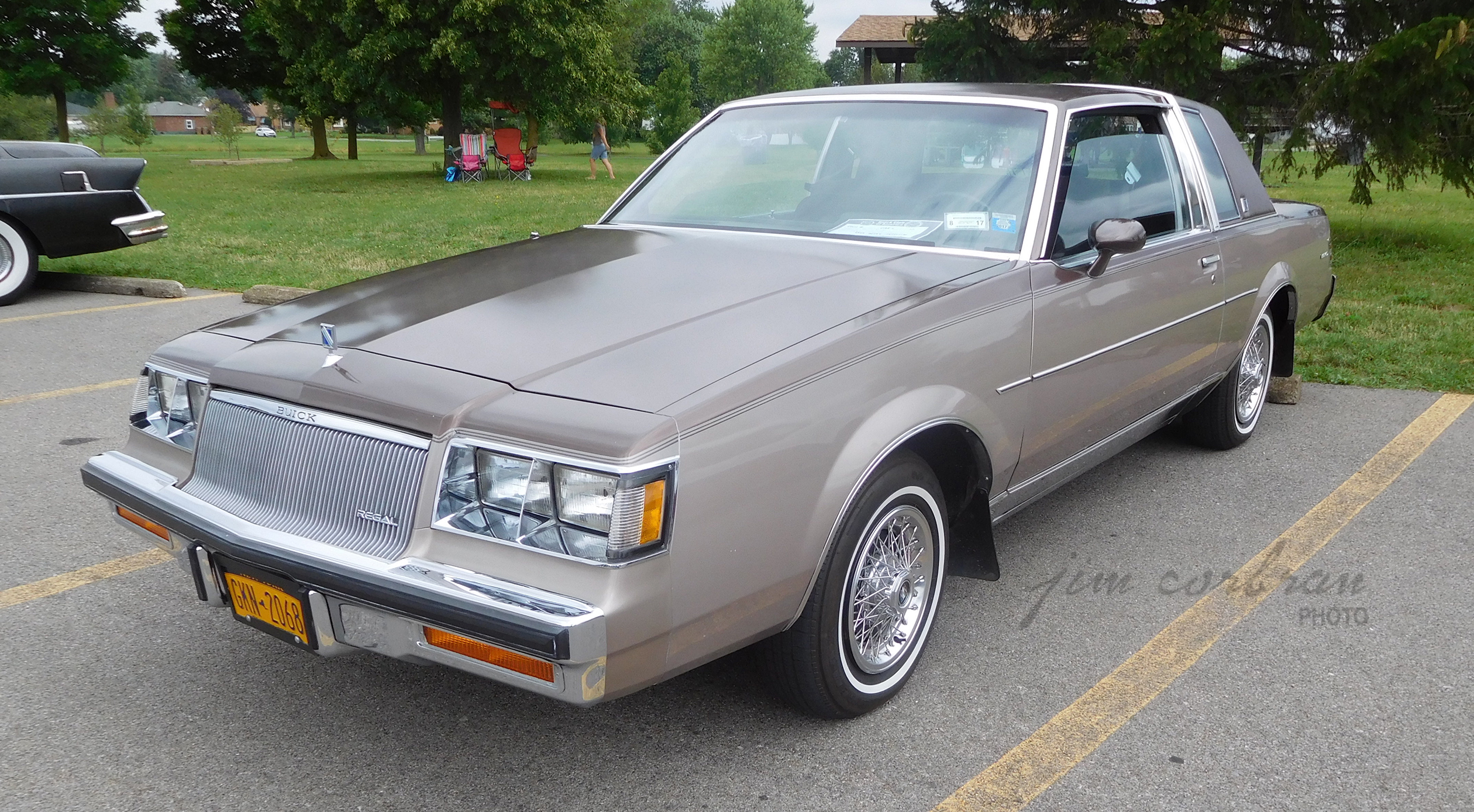 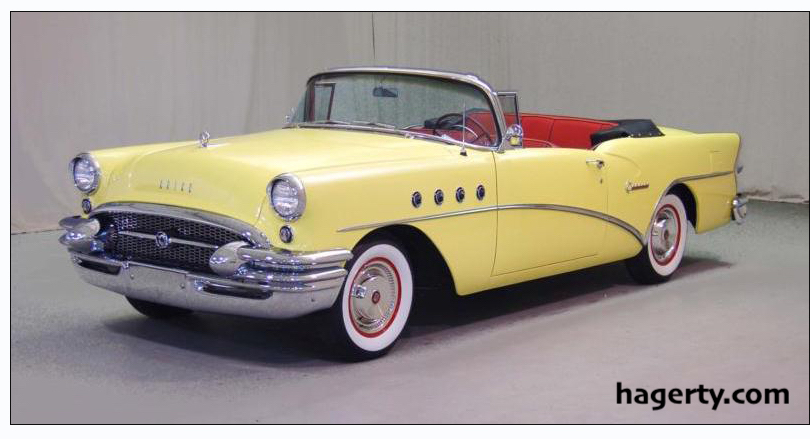 The subtle two-tone of this 1984 Buick Regal Limited (which from here appears to be the rather unimaginatively named Light Brown and Brown) is a far cry from some of the colors offered back in the 1950s — like the Condor Yellow Roadmaster convertible pictured in the inset… with a red interior! The 1955 models also offered Tri-Tones, easily made possible by the car’s chrome sweep which acted as one of the color separators on the side (the third color was on the roof), like the photo at the bottom of the page. We saw today’s RealRide at the 2017 All-Buick Show in Cheektowaga. 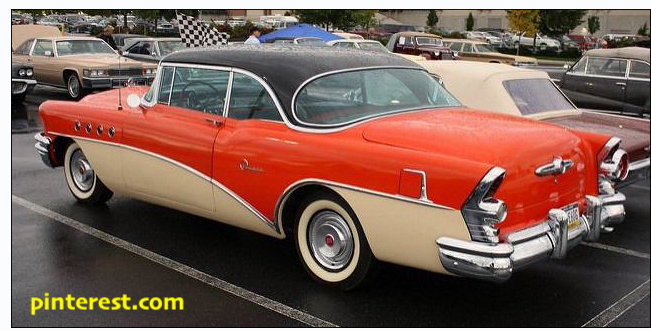