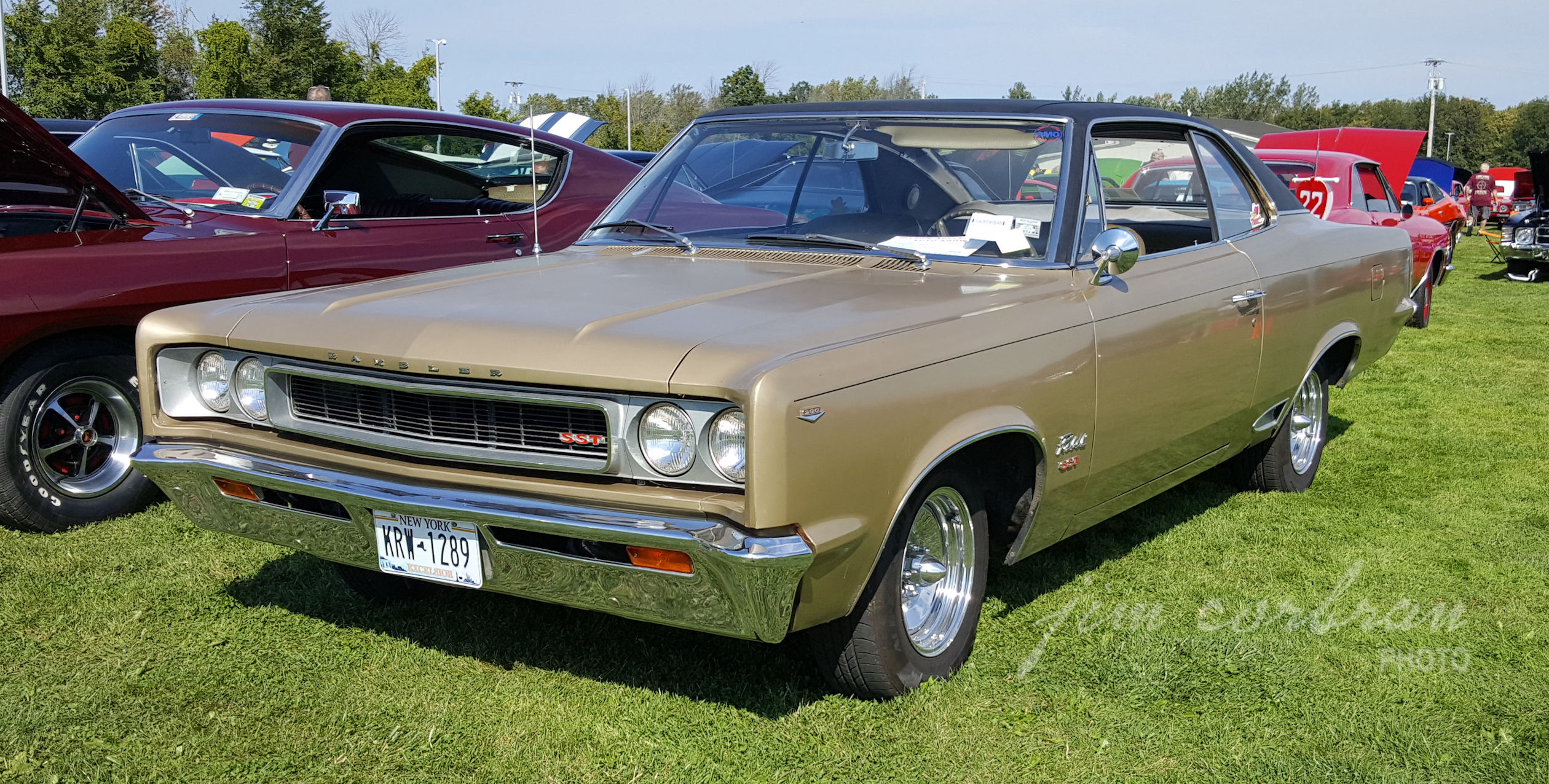 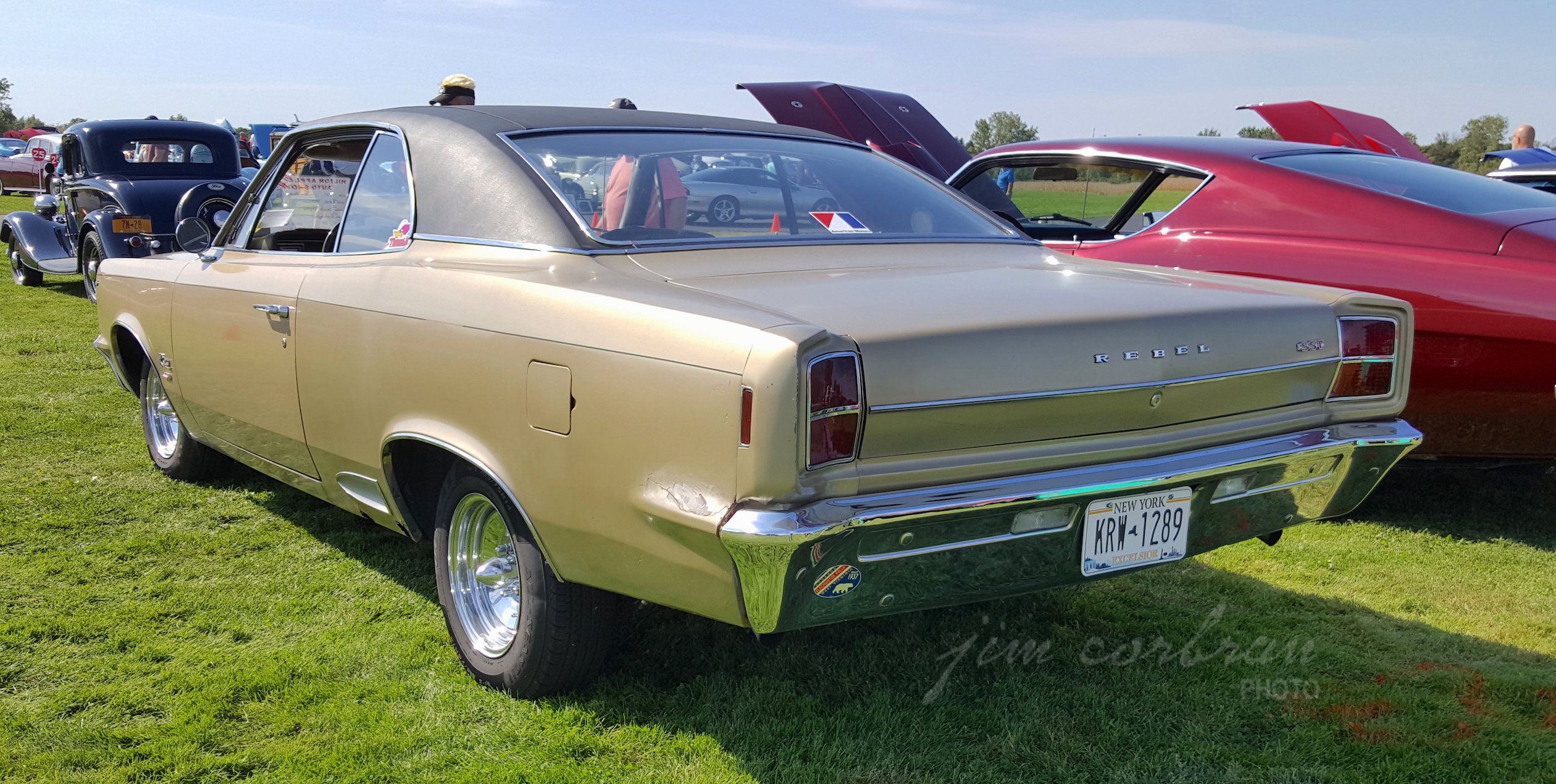 This 1967 Rambler Rebel SST was seen at this year’s Apple Fest car show in Hilton. This was the final year that American Motors’ mid-sized entry would be badged as a Rambler; it would follow the lead of the more upscale Ambassador for MY 1968, and be known as the AMC Rebel. The Rebel name was introduced for MY 1966 as a two-door hardtop perched on the uppermost rung of the Classic series, although the Classic nameplate is nowhere to be seen on the car or in the car’s literature. The Rebel SST basically replaced the previous year’s Classic Rebel, while the Rebel 550 and 770 models took the place of the Classic models which had worn the same badges. A zoomy-looking high-performance model, the Rebel Machine, would debut for MY 1970.