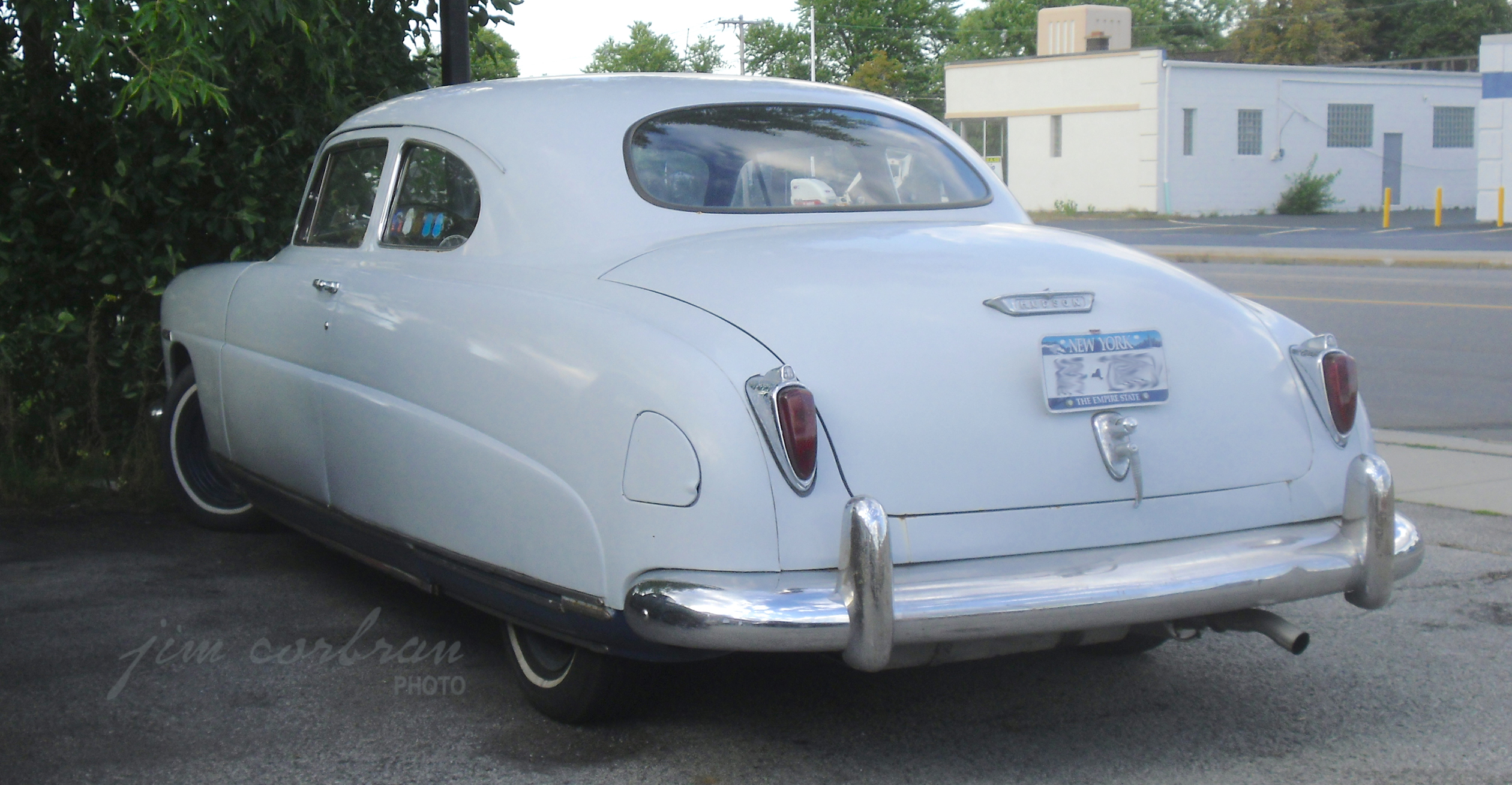 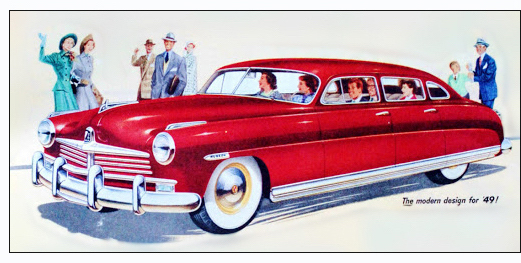 This 1949 Hudson Commodore Club Coupe is from year two of the marque’s Step-Down styling cycle, which was meant to be their version of the “longer, lower, wider” mantra which was about to overtake Detroit (see below for Step-Down explanation).  And the new Hudsons actually were longer, lower, and wider than their predecessors. But not quite as much longer, lower, and wider as their advertising illustrations would have had you believe (inset). Definitely a bit of visual poetic license being taken there! Saw today’s RealRide nine years ago (!) in a Tonawanda parking lot. And no, it’s not still there! 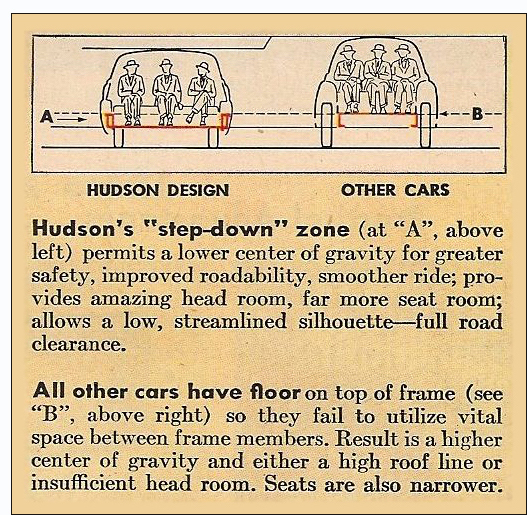