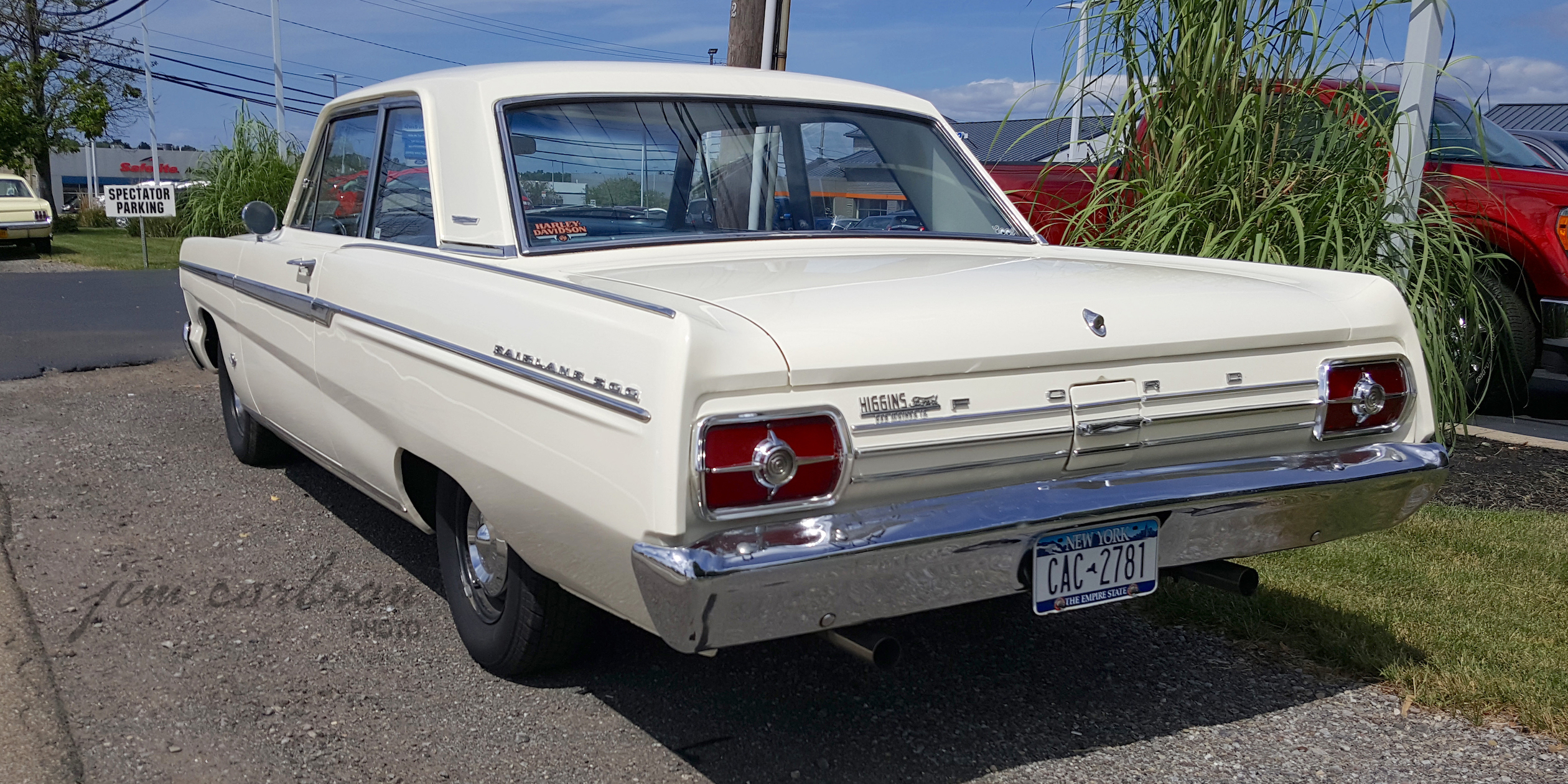 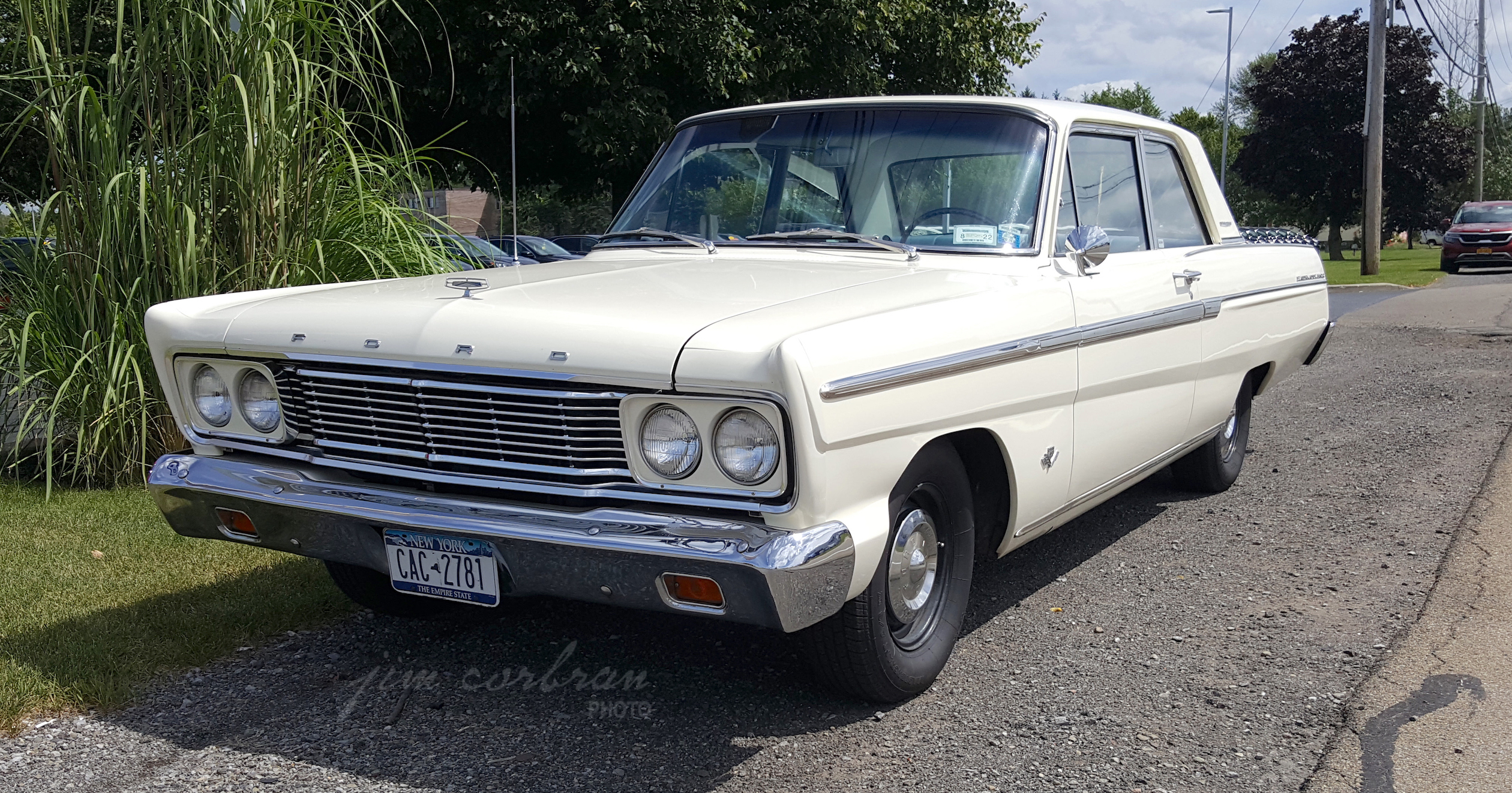 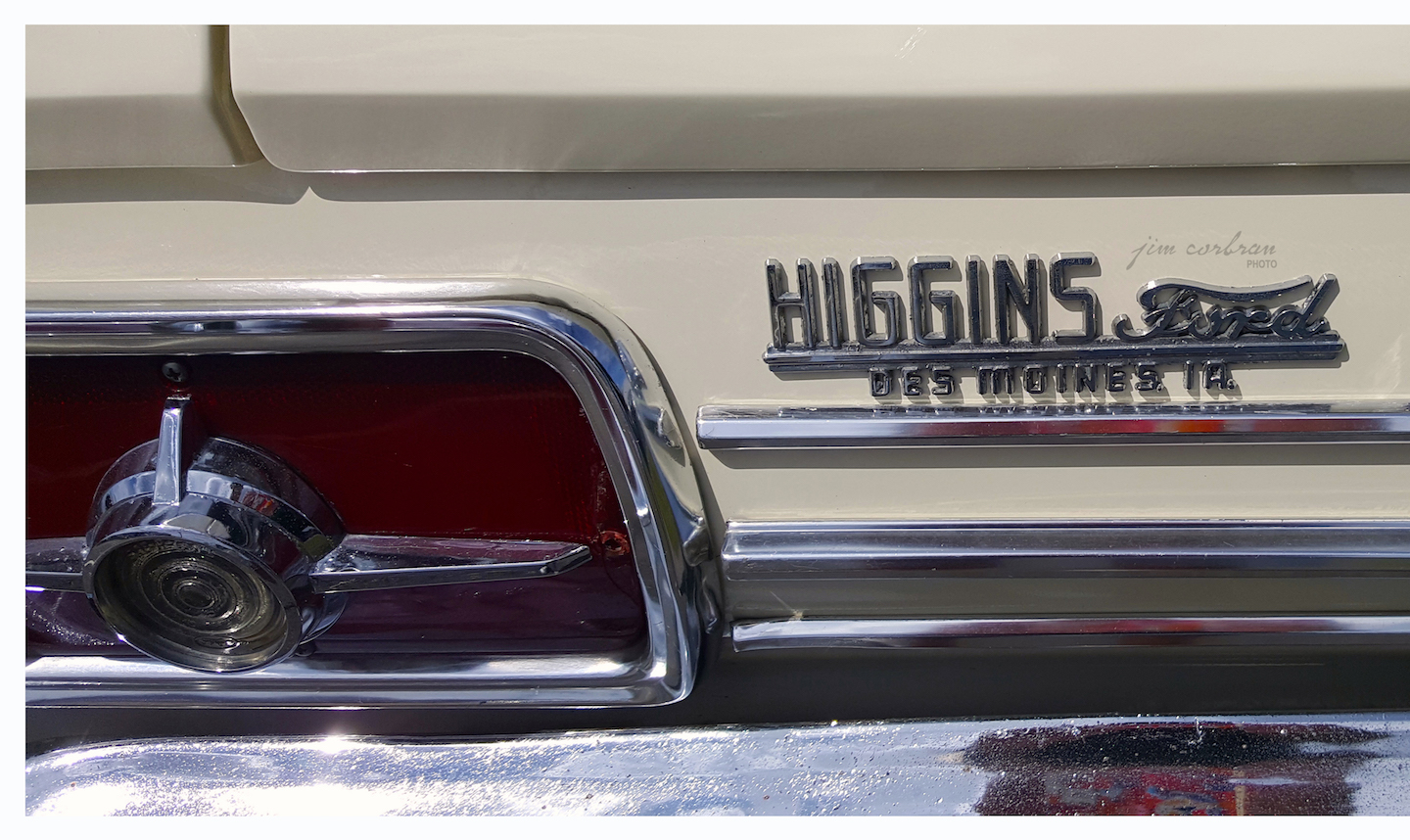 One internet source tells us that a restaurant now sits on the former site of Higgins Ford in downtown Des Moines, Iowa. That’s the dealership whose emblem is just below the trunk lid of today’s RealRide, a 1965 Ford Fairlane 500 seen over the summer parked outside of an All Ford car show at West-Herr Ford in Hamburg. The styling for the ’65 Fairlane lineup was a one-year only effort, although the basic shell was based on the 1962-64 cars (with a half-inch increase in wheelbase), even though its squared-off shape makes it look like a totally different car. Surprisingly, the ’65 Fairlane station wagon lineup did not include Ford’s popular wood-grained Squire version (nor did the ’64).