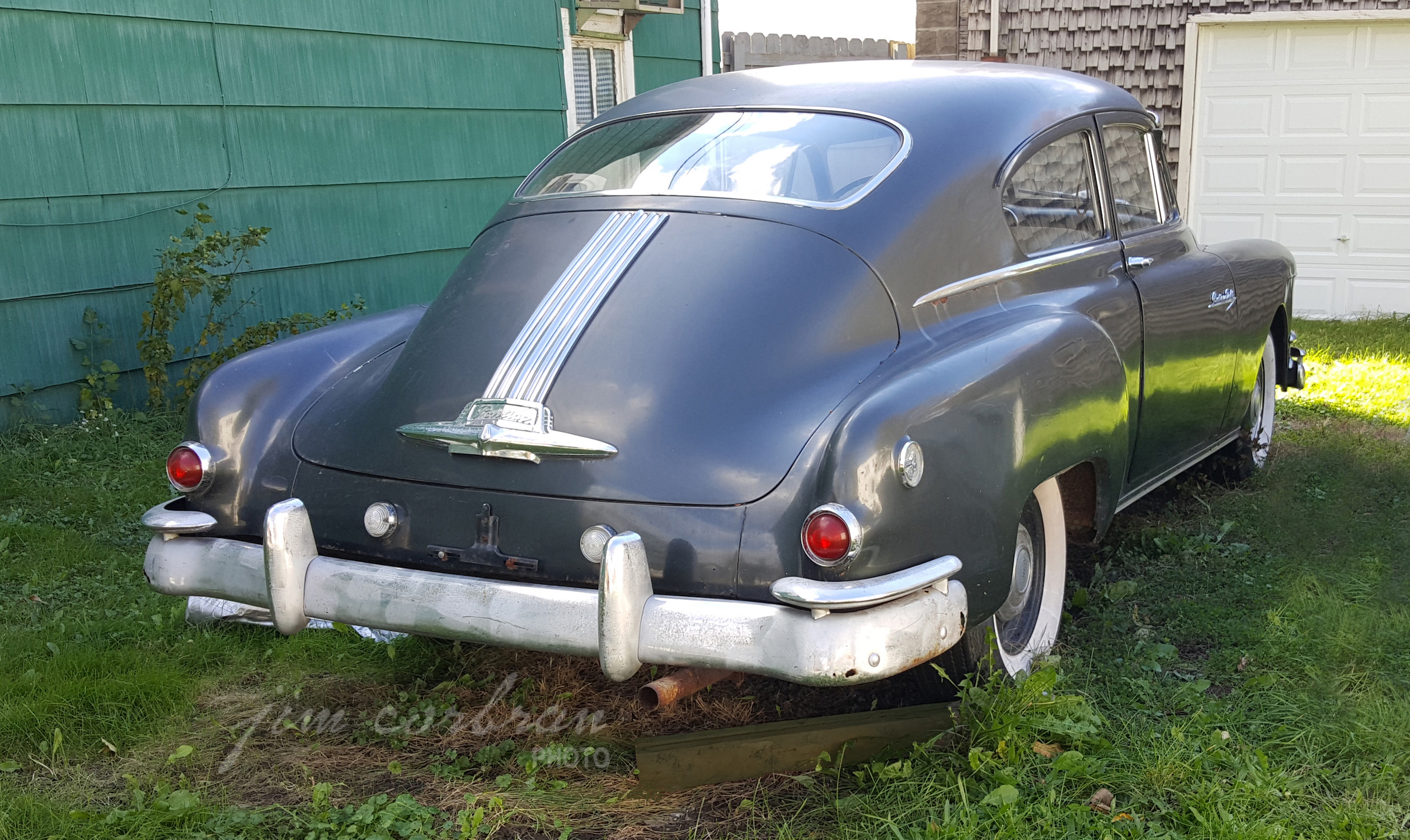 This 1951 Pontiac Chieftain Streamliner marked the final year for GM’s fastback from its division whose cars began life as Oaklands back in 1907 (the Oakland firm was founded in Pontiac, Michigan). The 1952 Chevy Fleetline DeLuxe was the last holdout of this once popular body style. The final Oldsmobile and Cadillac fastbacks were 1950 models, while Buick still offered the Custom Special 2-door Jetback Sedanet for 1951. Today’s RealRide could have been had with one of two inline engines — a six or an eight. The door badge on this one reads Pontiac Eight, which the brochure proclaimed as “The World’s Finest Straight Eight.” We saw this one a couple of weeks ago in North Tonawanda.