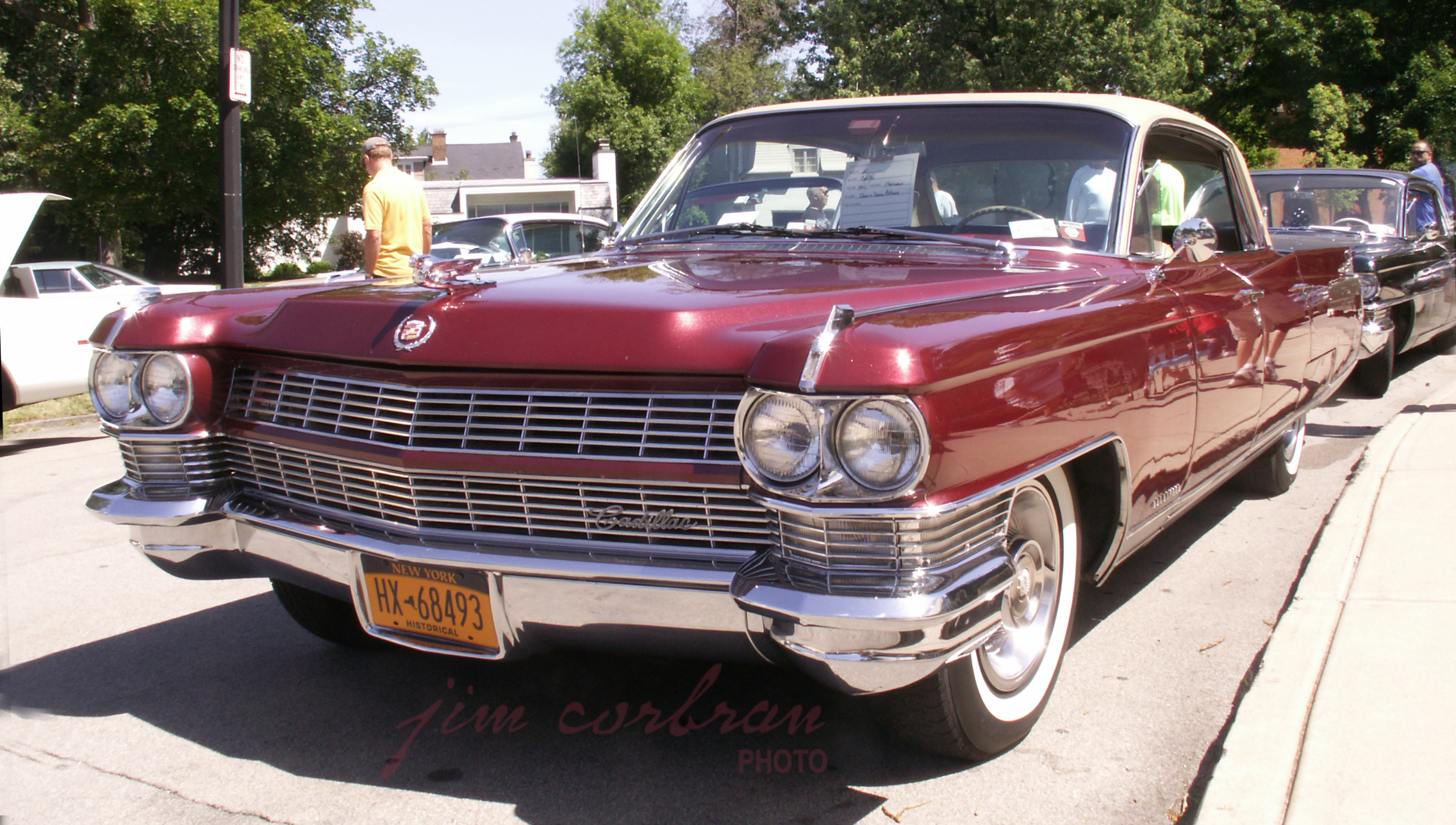 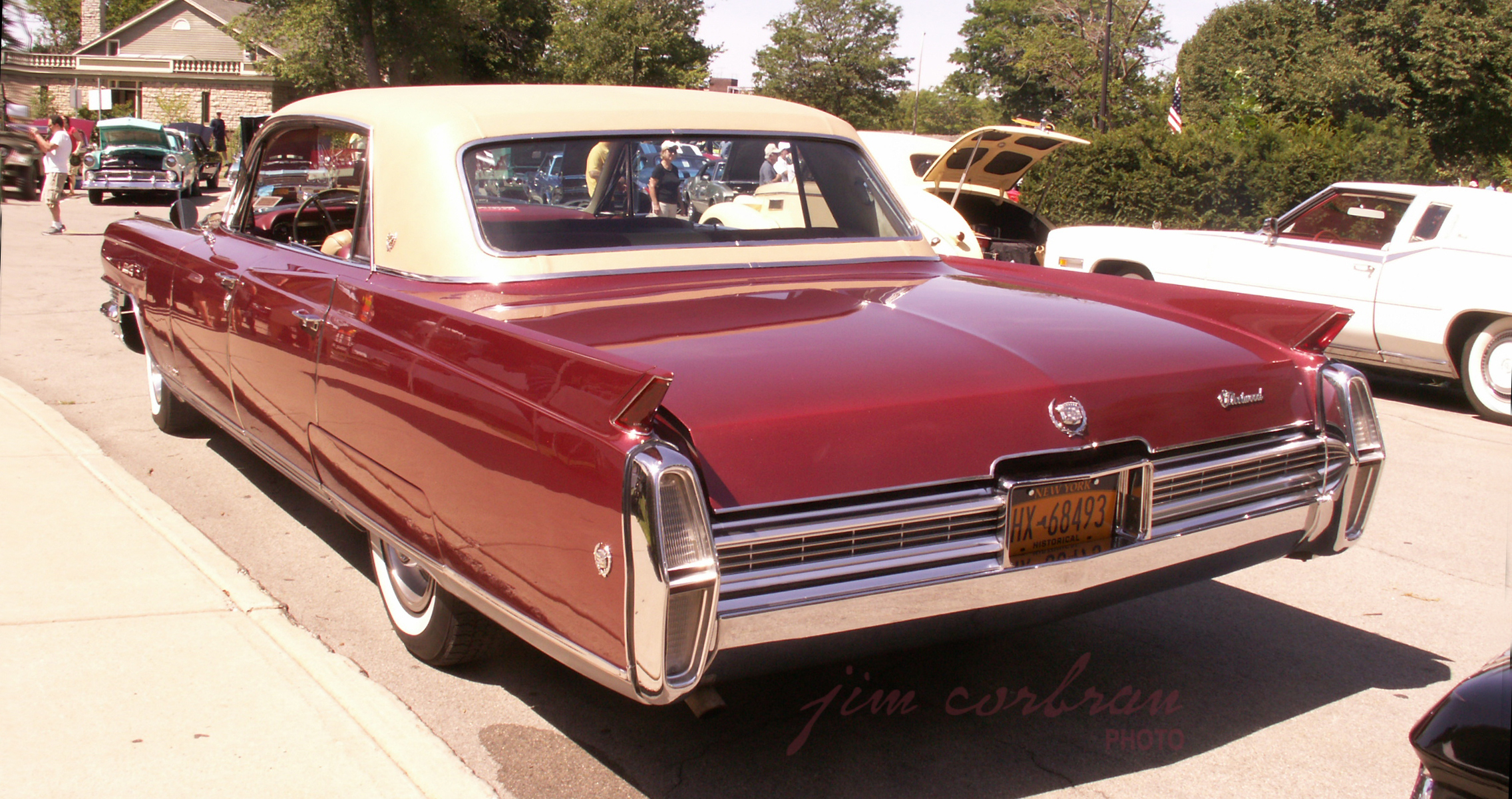 This 1964 Cadillac Fleetwood Sixty Special sedan was the almost crème of the '64 Cadillac crop. That honor would go, I guess, to the two different Fleetwood Seventy-Five models — the sedan and the limousine. The Sixty Special was a bit more exclusive than the much more plebian Series 62 and DeVille models. The Fleetwood had its own distinctive roofline with a smaller rear windscreen for a bit more privacy, as well as a more formal look. Also, it “…combine[d] the finest fabrics and leathers available… rich imported wood trim… salon-rich carpeting… and gleaming metal ornamentation, tastefully and meticulously crafted as if by a jeweler’s hand.”  The brochure writers really stepped it up a notch in 1964! Saw today’s RealRide back in 2015 at the Buffalo History Museum’s annual car show in North Buffalo.