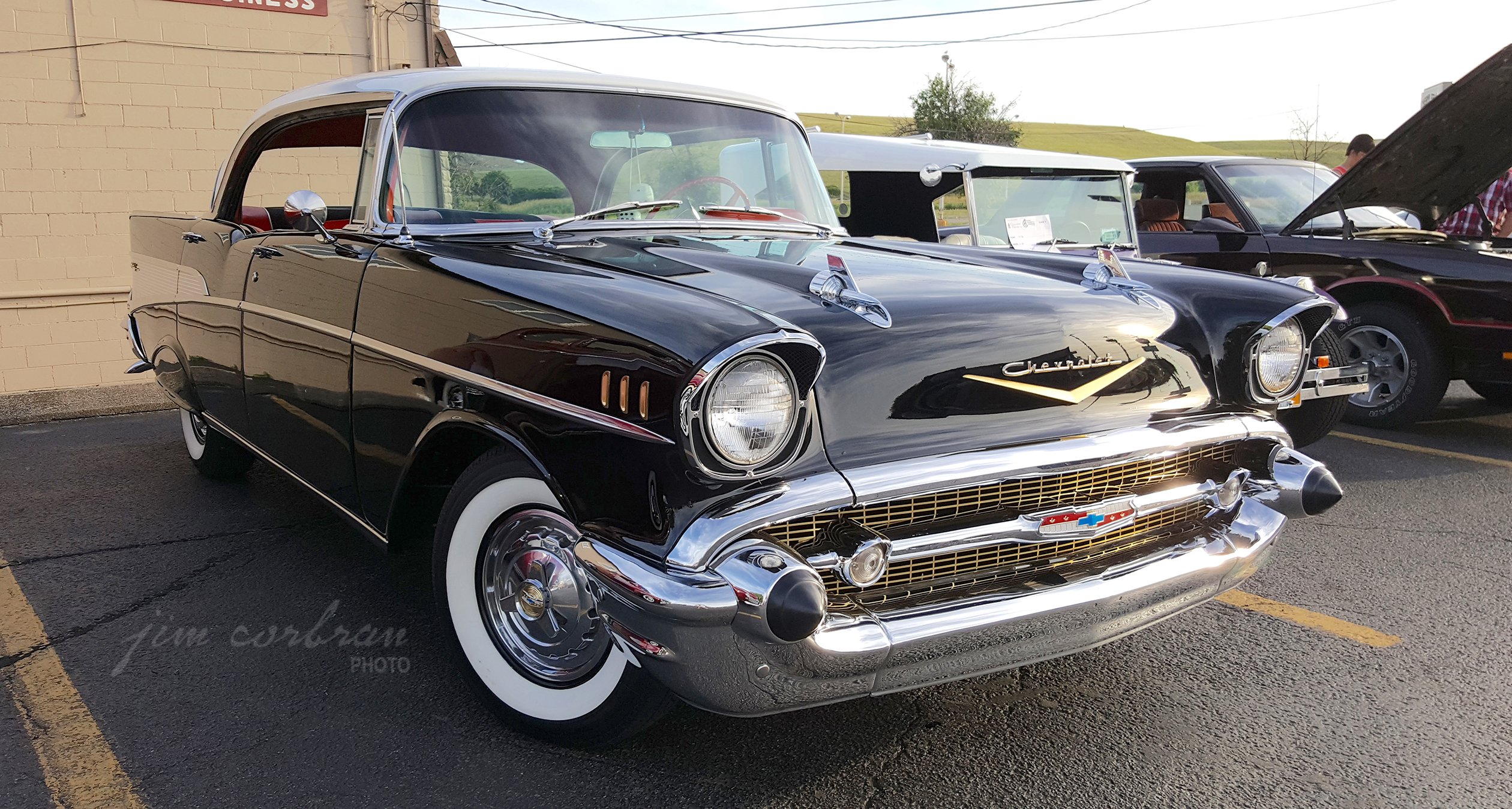 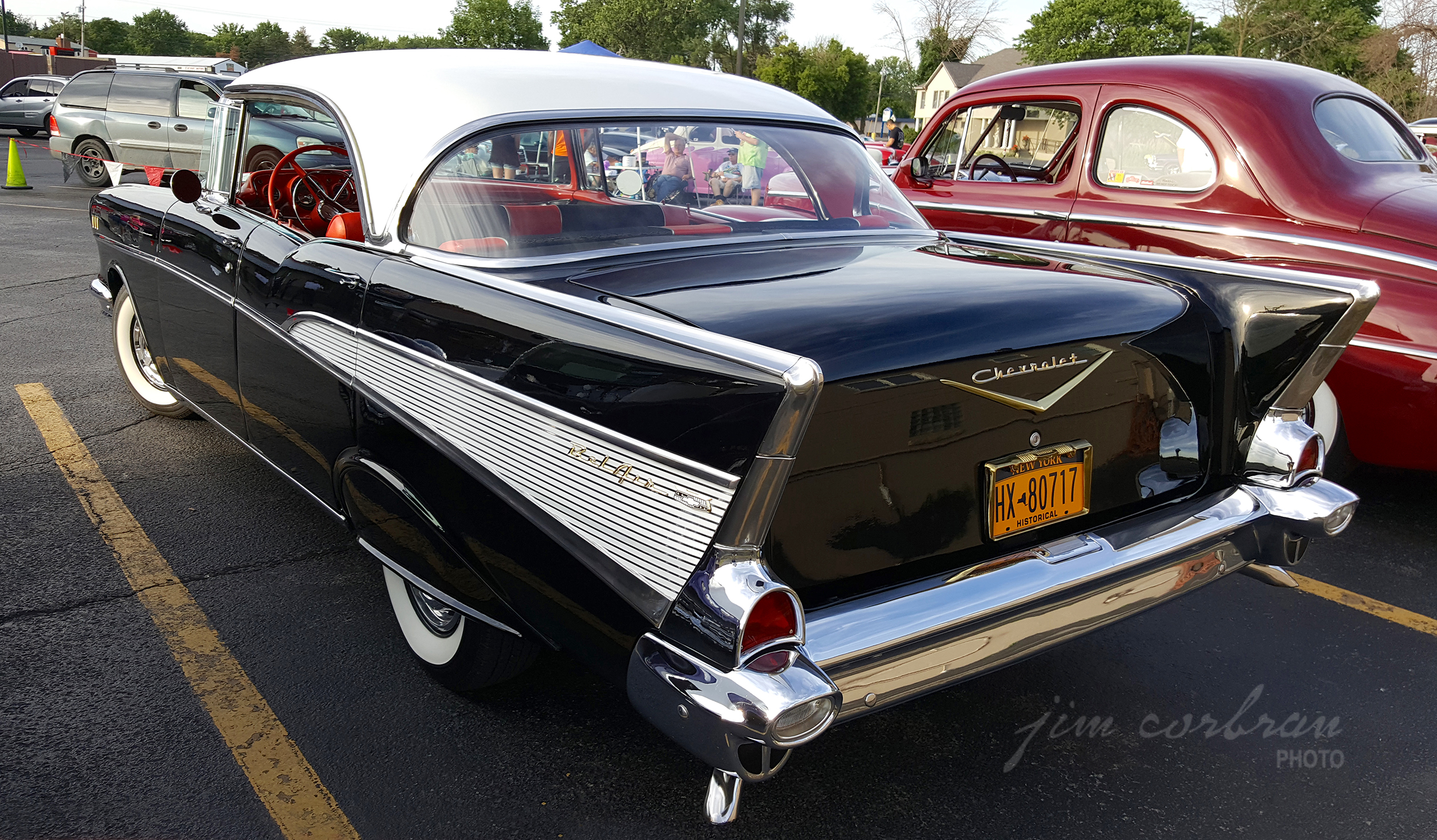 I know what you’re thinking… these things are a dime a dozen. But look a little closer. This is a 1957 Chevy Bel Air sport sedan— a four-door hardtop. This was only the second model year for this body style and yes, Chevy produced 137,672 of them, making it their fifth best seller for the model year, behind the Two-Ten 2-door sedan (160,090) and ahead of the Townsman 4-door wagon (127,803). But where did they all go? Four-door cars from the fifties apparently were mostly used, abused, and tossed on the scrap heap with no regard for future collectors looking for a bargain. They’re starting to make a move in the market due to the rising prices of two-doors — and (!) station wagons — but don’t expect to see a lot of them at future cruise nights because, IMO they’re just not out there to be had, at any price. Saw this one back in 2018 at a cruise night at a Burger King in Niagara Falls.