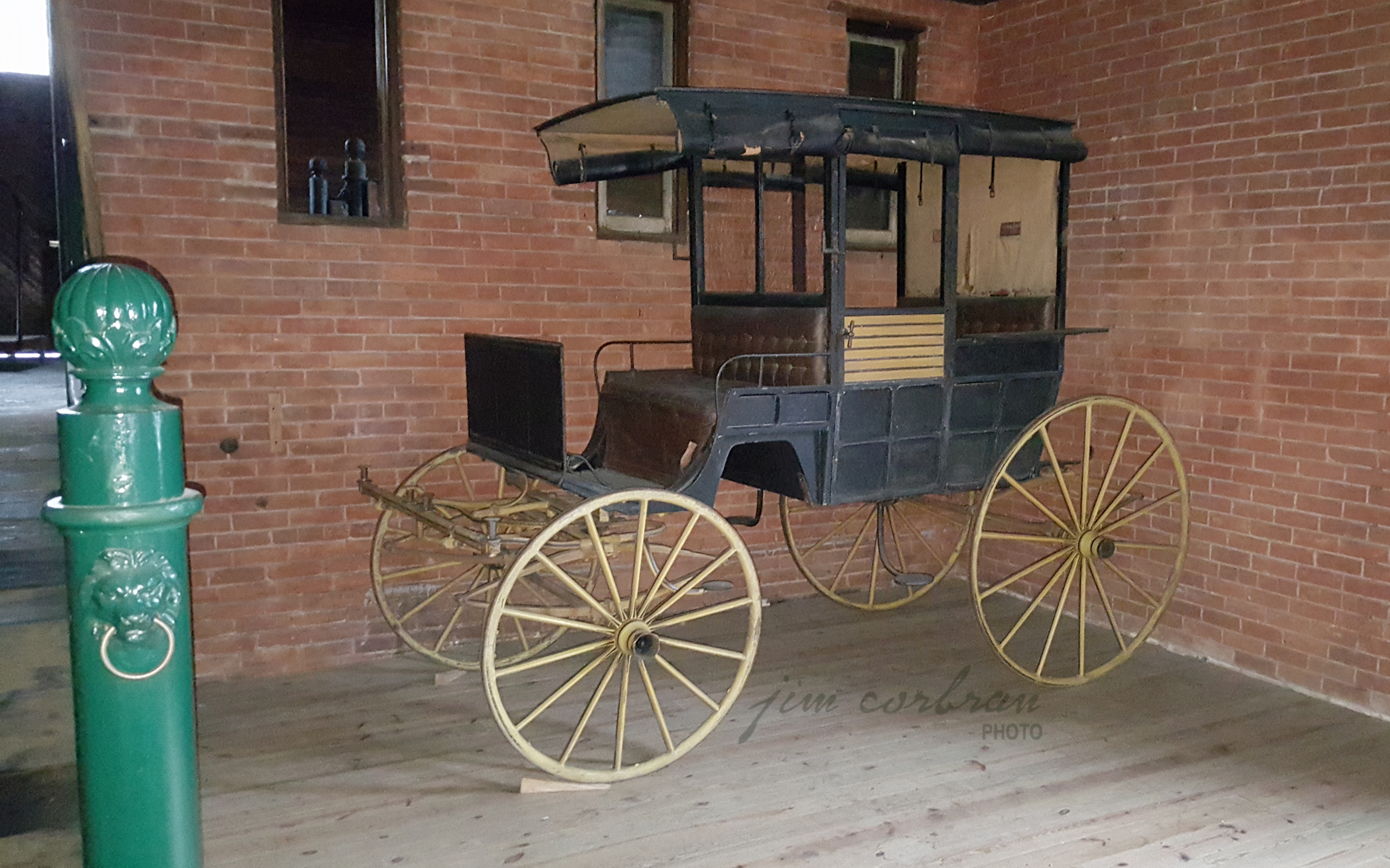 I think it’s safe to say that this carriage is the oldest RealRide we’ve featured yet. We found it, not surprisingly, in a carriage house, which is located behind the Morgan Manning House in the Village of Brockport. My wife and I had a private guided tour a few weeks back during our one night mini-cation at the Victorian Bed & Breakfast located right down the street. The Morgan Manning House, a former residential building, is currently the home of the Western Monroe Historical Society. Built in 1854, it was purchased in 1867 by Dayton Samuel Morgan who, along with his new wife Susan Joslyn Morgan had been renting rooms from the home's second owner, James Guild. Right up until the death of 96-year-old Sarah Morgan Manning in a small fire in the house in 1964, it was always occupied by at least one member of the Morgan/Manning families. Members of the historical society took over the repair/restoration of the house in 1965. If you’re ever in the area, try and arrange a tour.