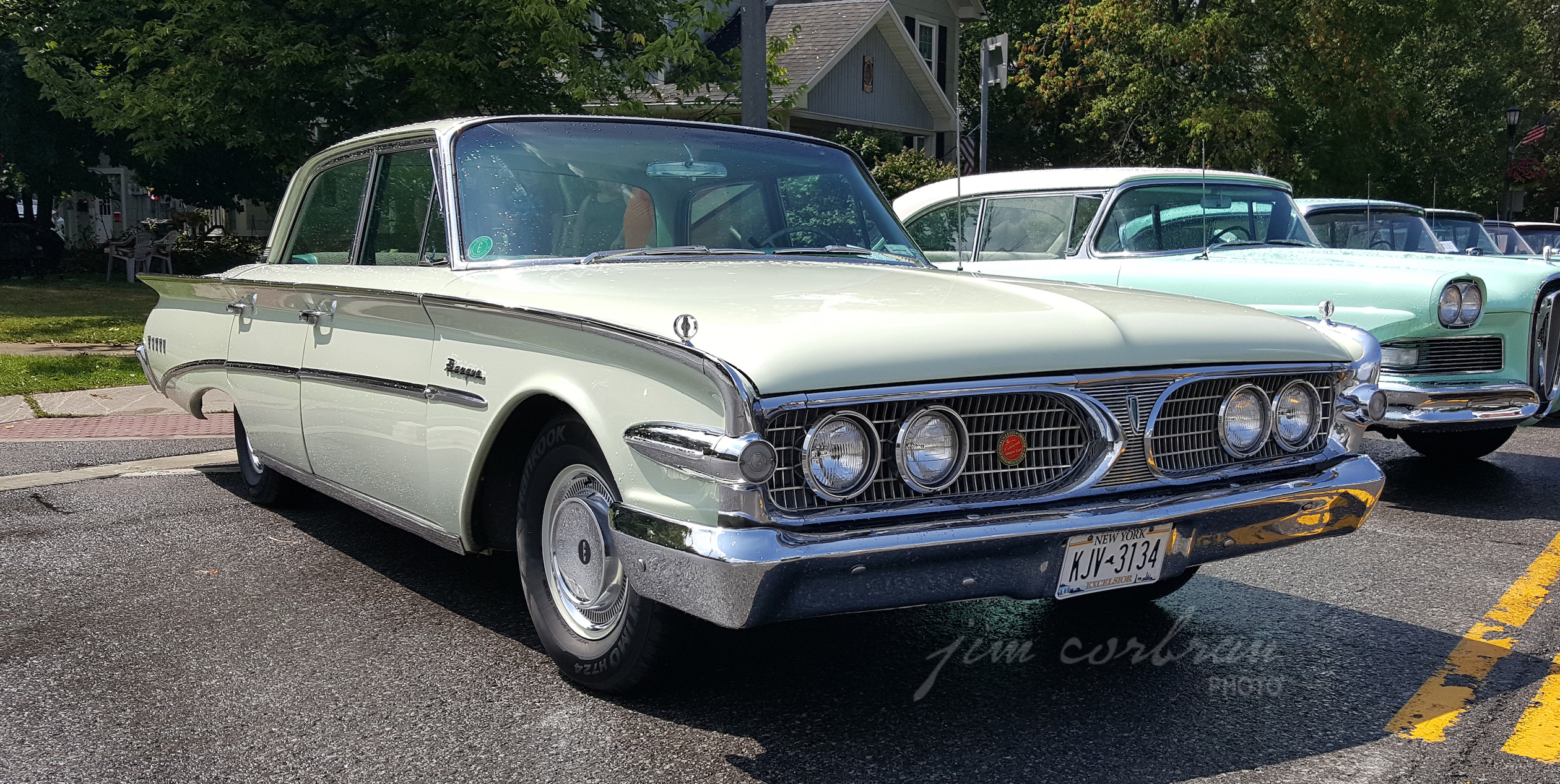 It almost seems like you’re more likely to see an Edsel these days than you’d have been back when they were new. But, how often is it one from their final year of production? This 1960 Edsel Ranger is one of only 1,288 four-door sedans produced that year, out of a total of just 2,846 1960 Edsels. Other body styles (all in the Ranger series) were: convertible (76 built), two-door sedan (777), two-door hardtop (295), and four-door hardtop (135); as well as two- (216) & three-seat (59) Villager station wagons. We saw this one over the summer at the Toy Town Car Show in East Aurora.