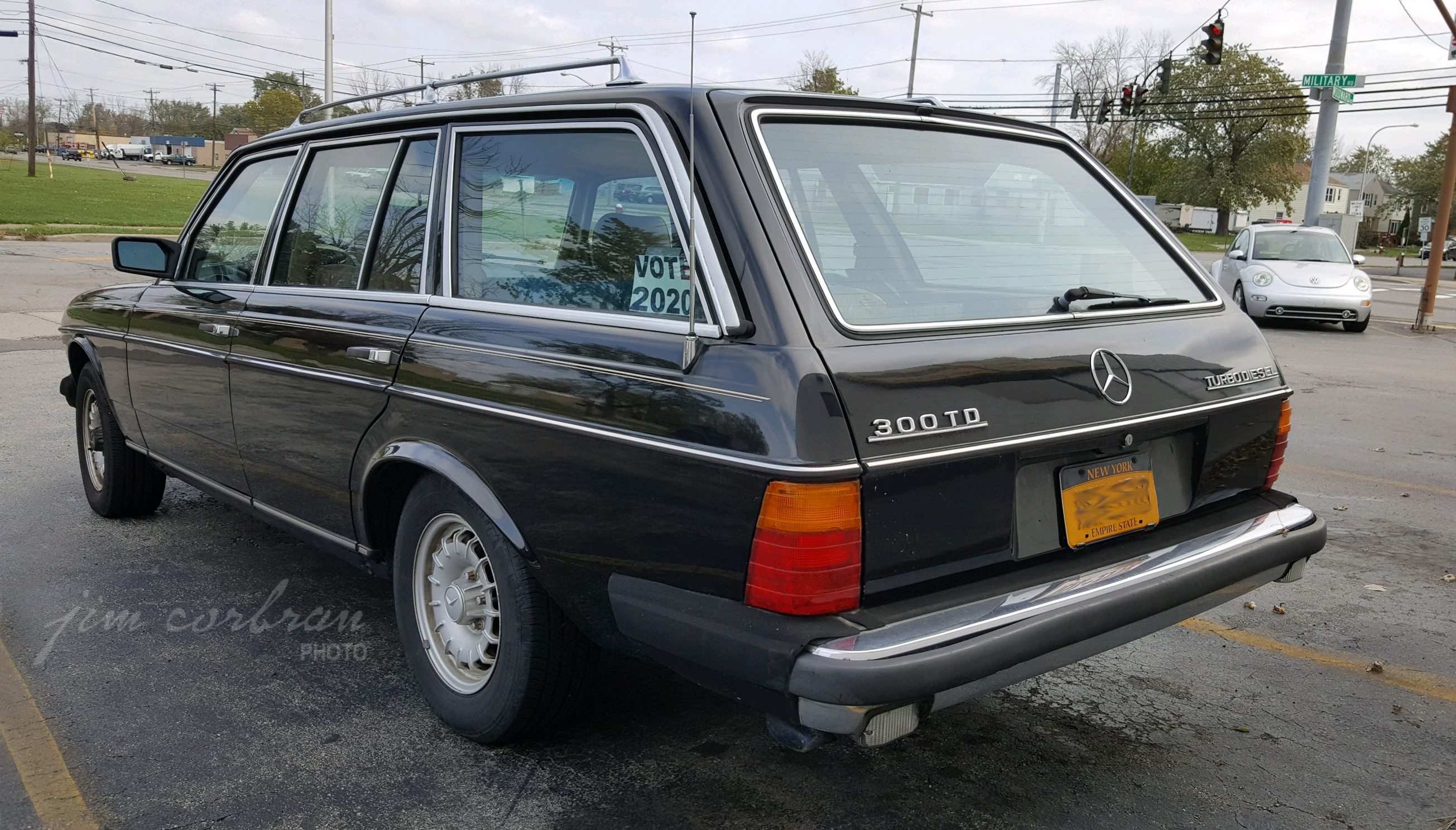 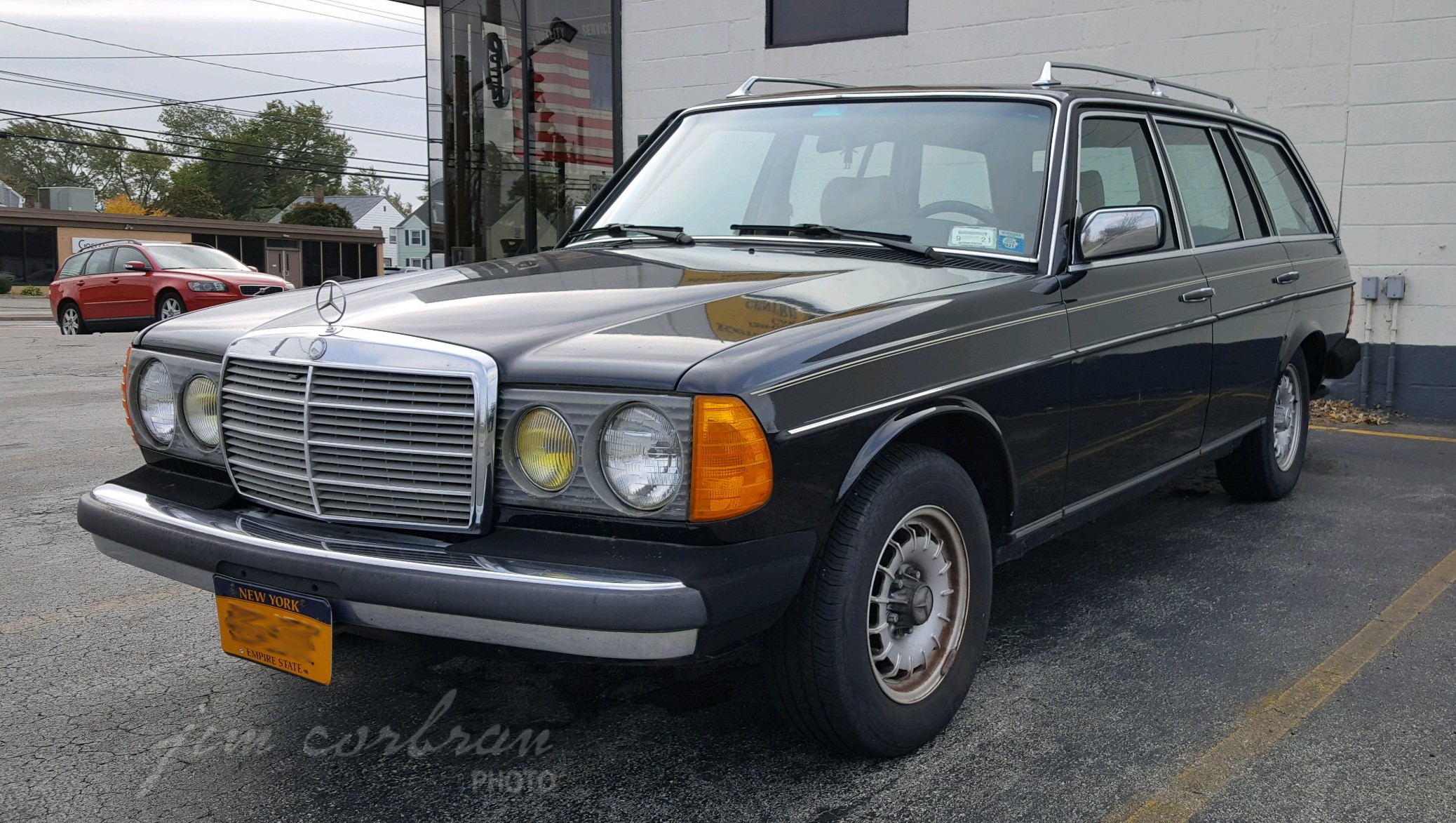 The Mercedes-Benz 300 TD (this one’s a 1984 model) was the first factory-built station wagon from the Stuttgart, Germany-based luxury car manufacturer. Introduced in 1978 as the 240 TD with a 2404cc diesel engine, by MY 1981 it had morphed into the 300 TD Turbo-Diesel like the one seen here, with a 123-hp 2998cc turbocharged engine. A 1984 French ad told us “Plus les années passeront, plus vous vous féliciterez d'avoir acquis un break Mercedes” (The more the years pass, the more you will congratulate yourself on having purchased a Mercedes station wagon). Another ad asked “Ce break est aussi une berline. Et votre break, à quoi ressemble-t-il?” (This station wagon is also a sedan. And your station wagon, what does it look like? — they were equating the wagon's handling to that of their sedan lineup). We saw today’s RealRide last fall in Kenmore.