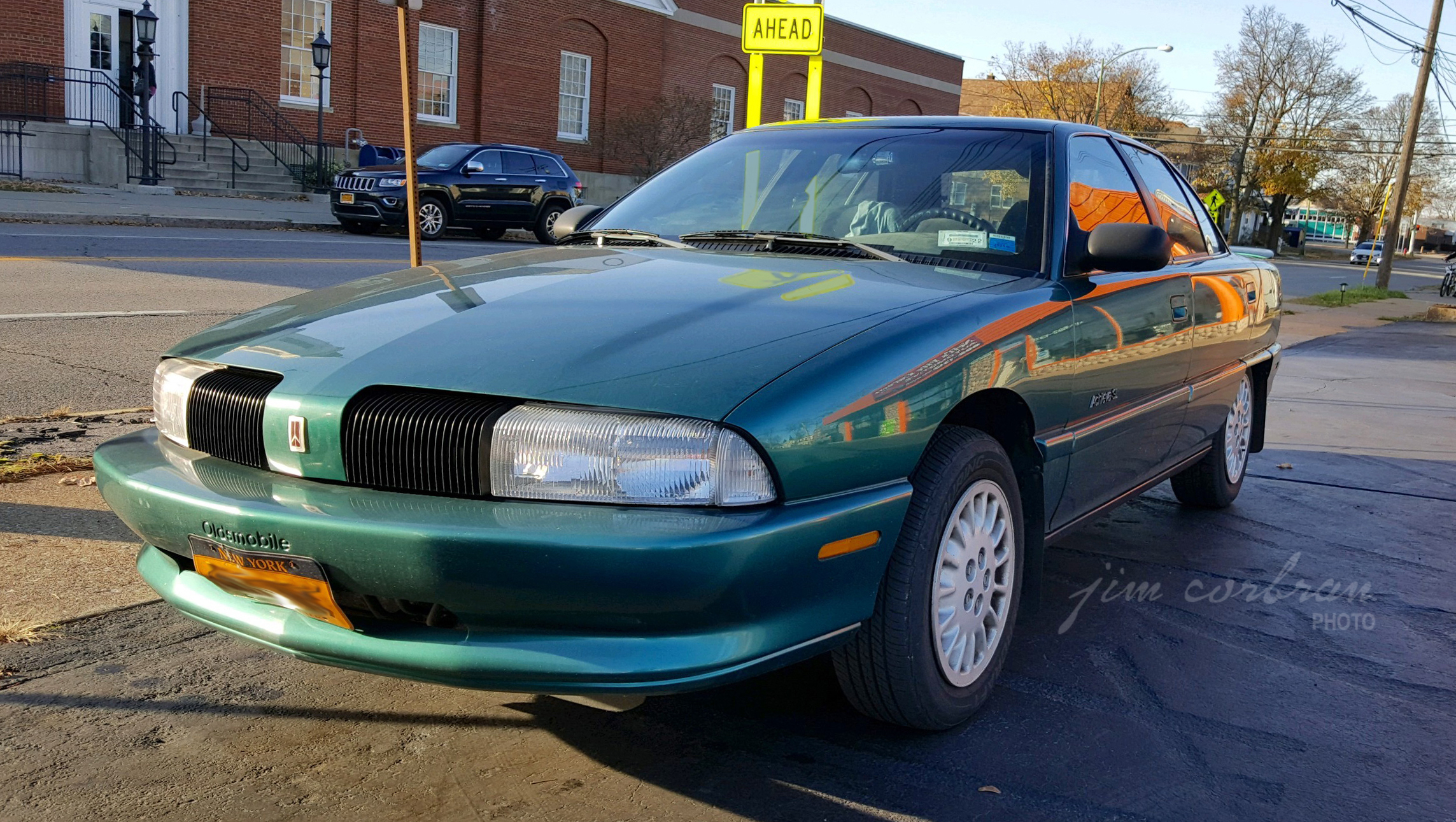 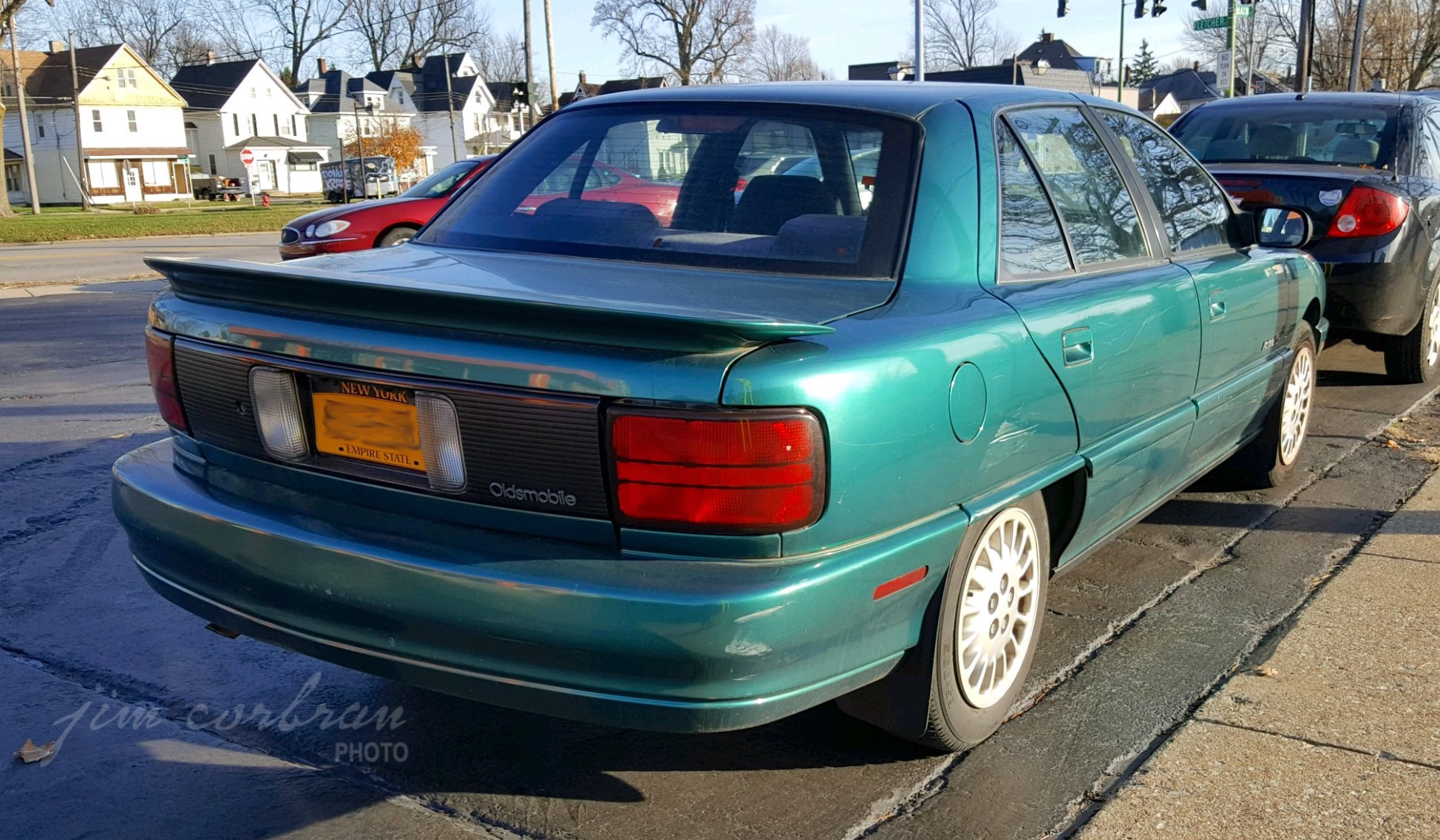 This 1998 Oldsmobile Achieva SL represents the model’s final hurrah, as in 1999 Olds’ smallest car would be the new Alero. The two-door coupe was dropped for MY 1998, leaving this four-door sedan as the Achieva’s lone offering. And although IMO it seems like every ’98 Achieva was produced in the Medium Green Metallic of today’s RealRide (okay, maybe I’ve also noticed a few in the darker, Red Metallic), Olds had an array of ten colors listed in the brochure (bottom of page). We saw this one a month or so ago in Tonawanda. 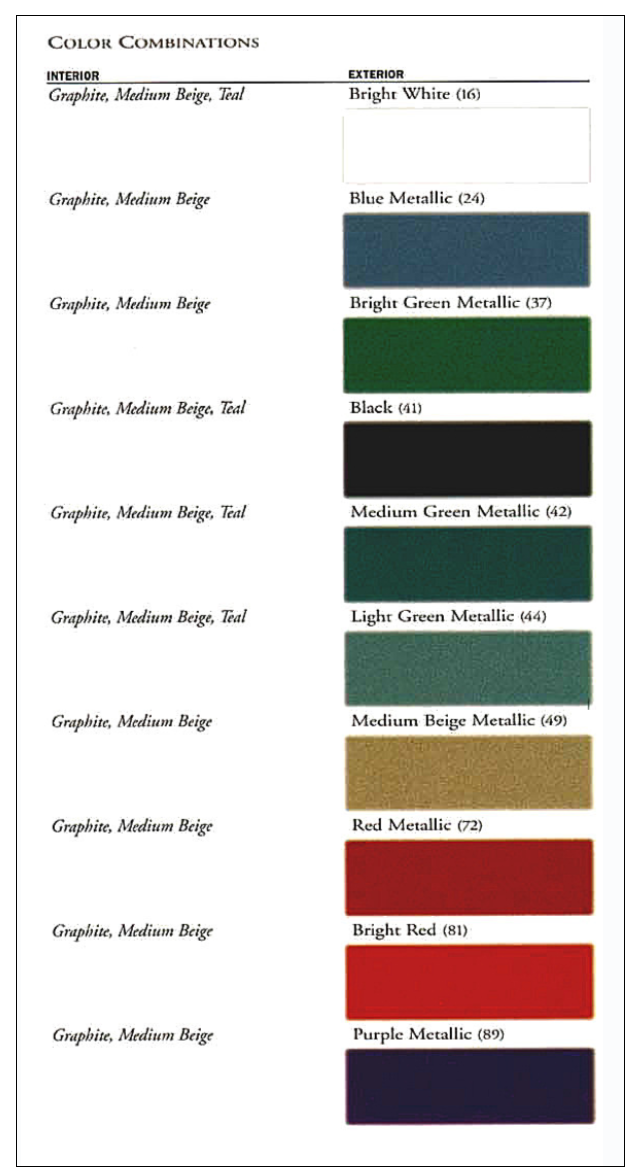