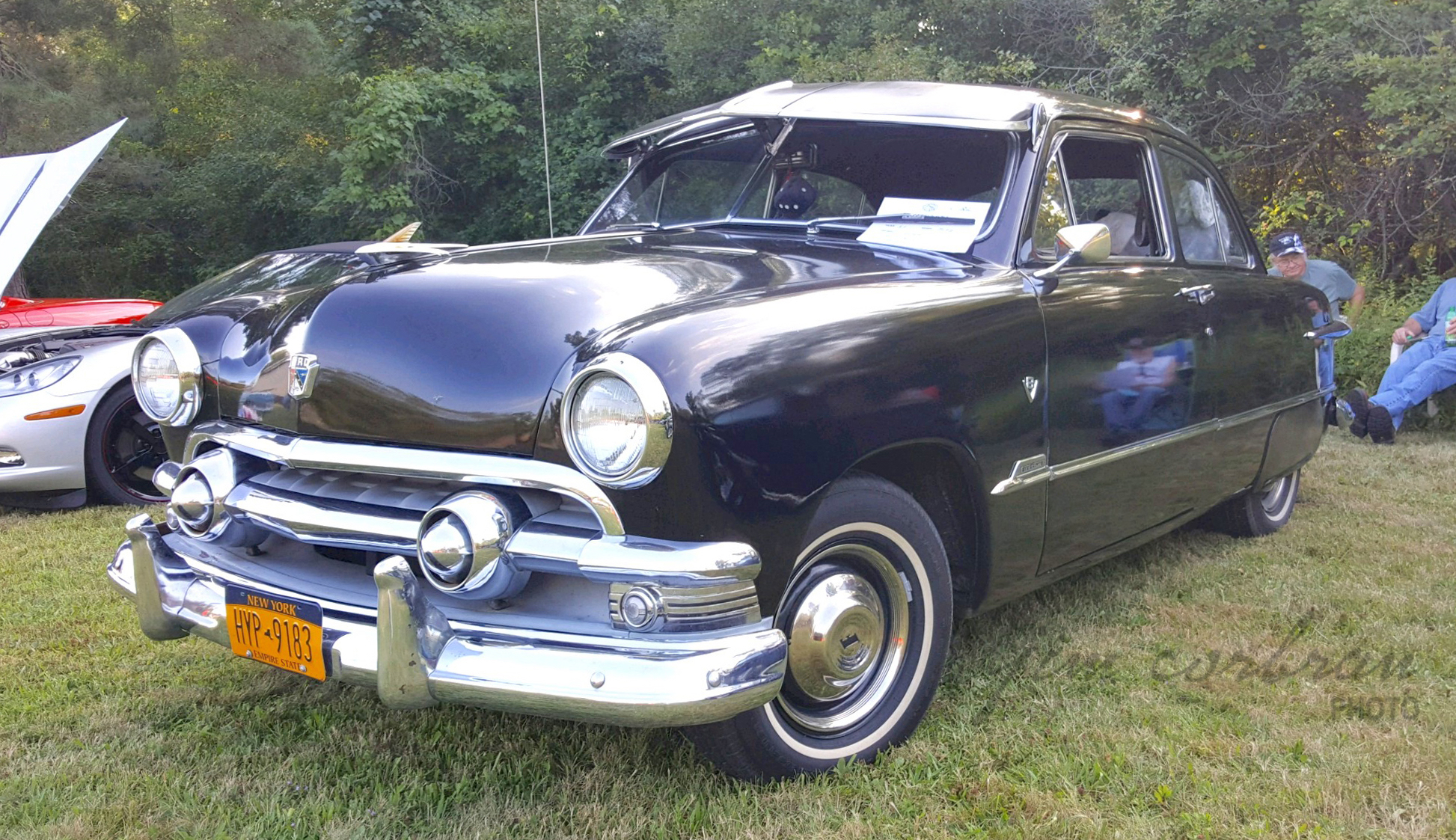 This 1951 Ford Custom is from the car’s third and final year of its styling cycle. Confusingly (to me at least), the Custom was the top-line series while the Deluxe was the cheaper one. A feature of the ’51 Fords which I’m surprised didn’t catch on was the “Chanalited Instrument Cluster,” about which Ford told us “When head or parking lights are on, car speed is singled out sharply on the speedometer scale by a soft, clear ring of ‘channeled light,’ while the rest of the scale stays dark” (see bottom of page).  We saw this nice blue example this past summer at the St. Gabriel’s Car Show in Elma. 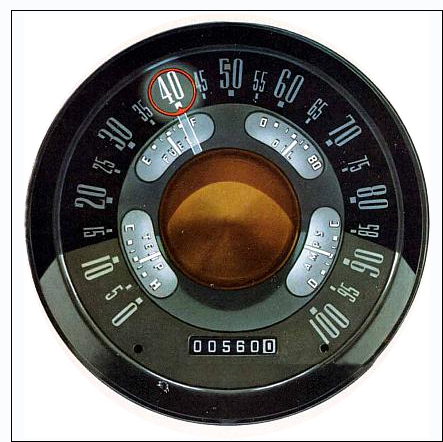