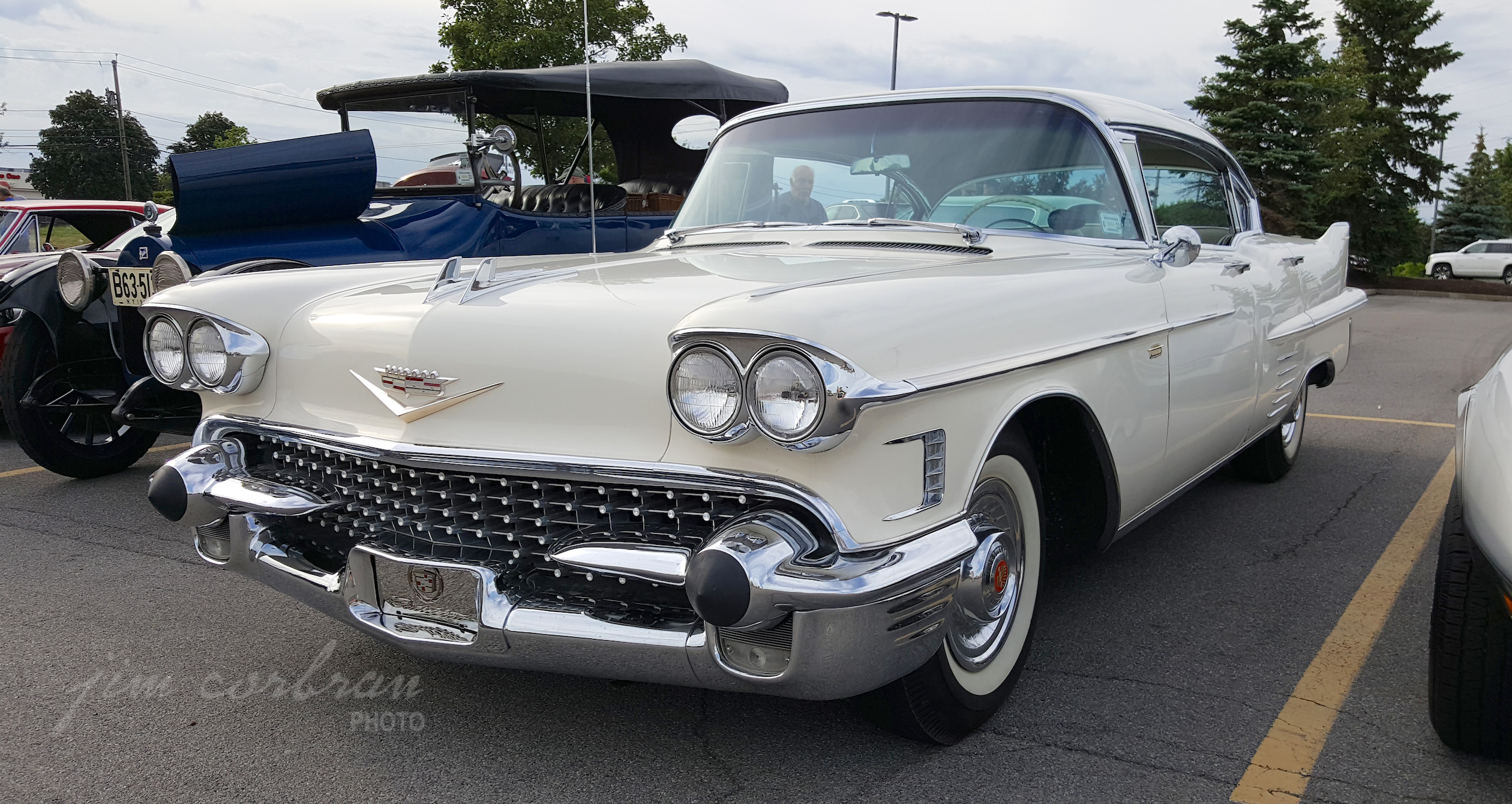 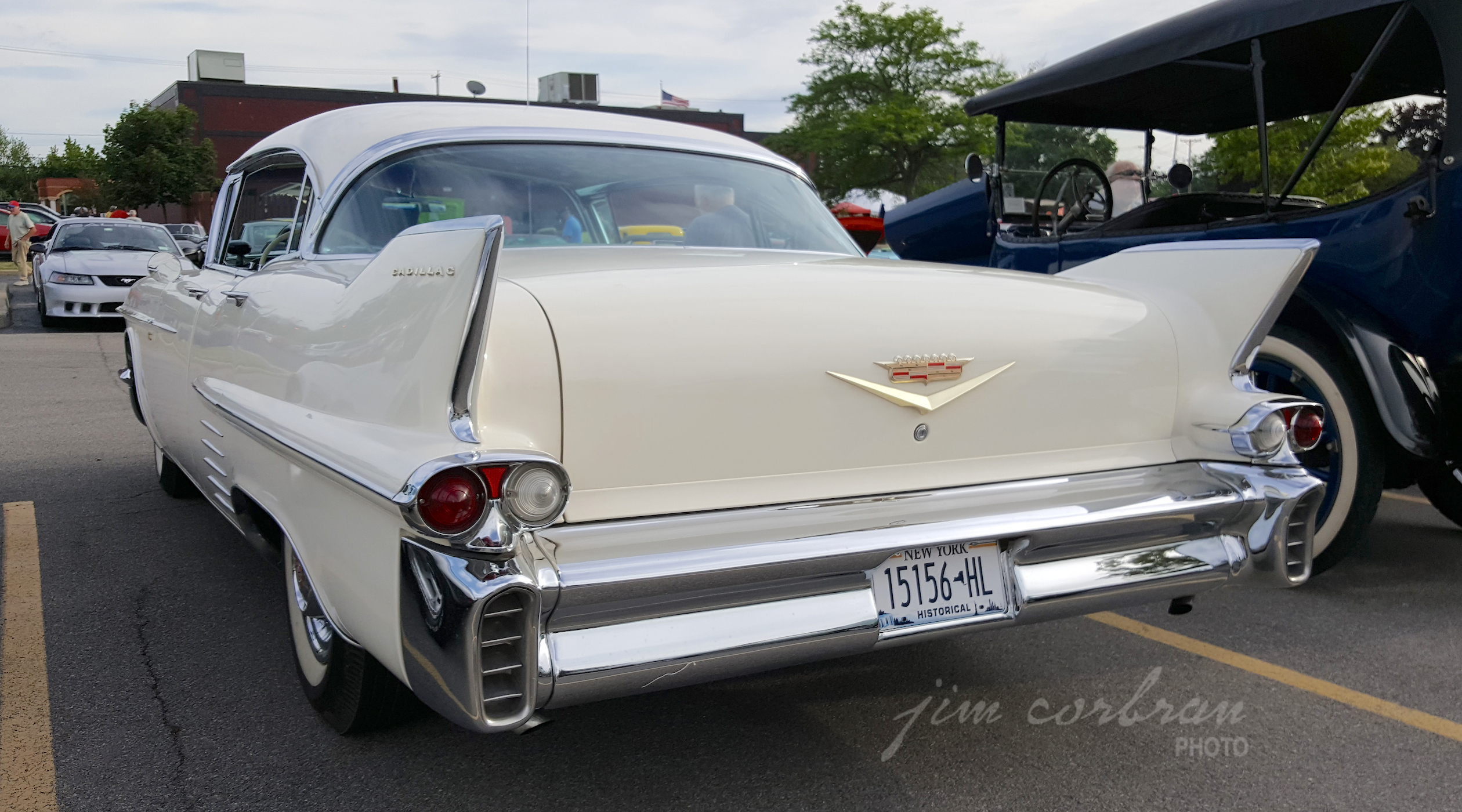 Some might claim hyperbole at the brochure’s proclamation that this 1958 Cadillac Sixty-Two was “…beyond conjecture, a rare masterwork in everything that makes an automobile desirable.” If this particular Sixty-Two sedan wasn’t everything enough for you, there was always the Sixty-Two sedan with the extended deck (bottom of page), which was described as having “…a new look of greater width and sweeping length.” You might have wanted to measure that old garage of yours before signing the papers! Lol… We saw today’s RealRide at a summer cruise night at the Anchor Bar in Amherst.