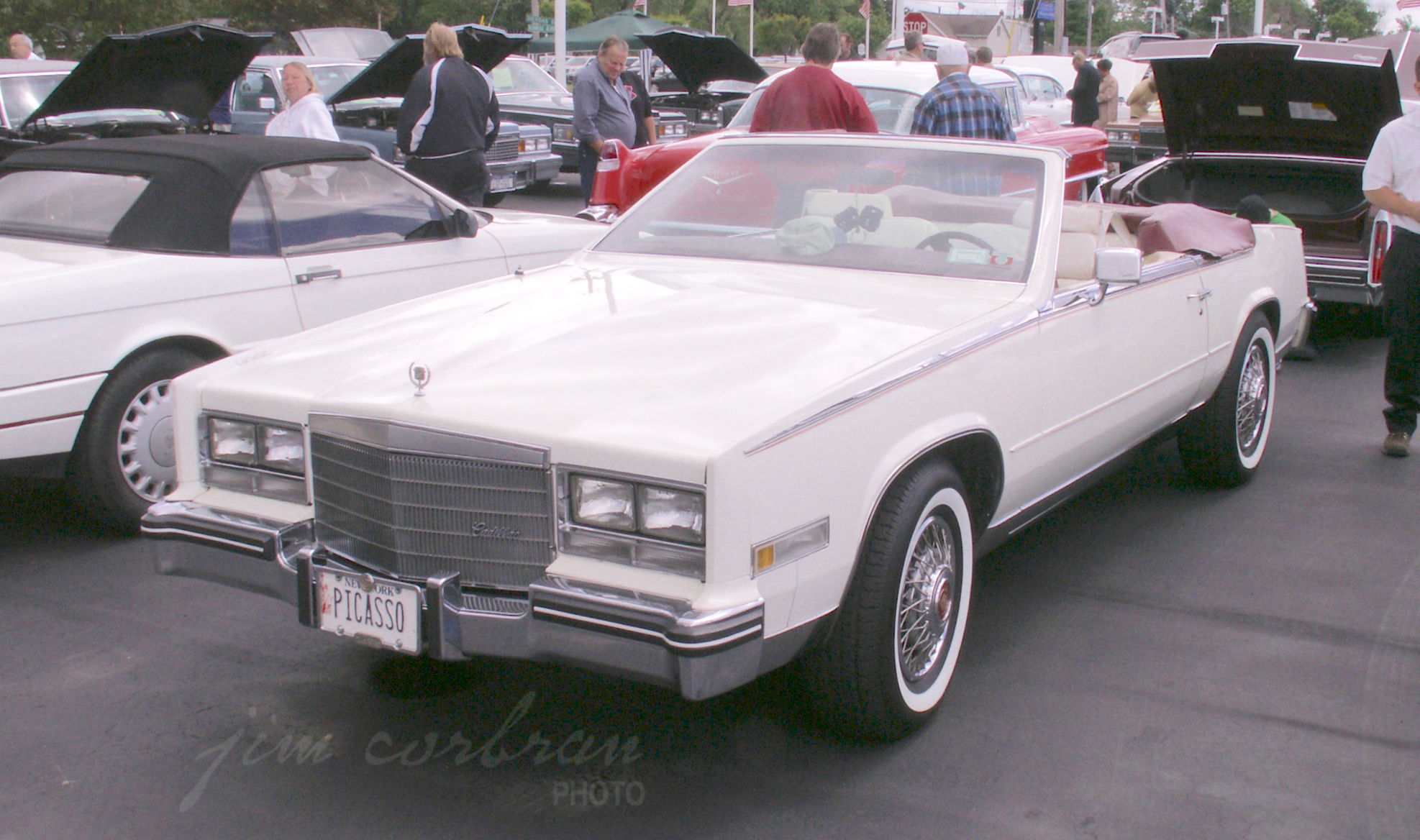 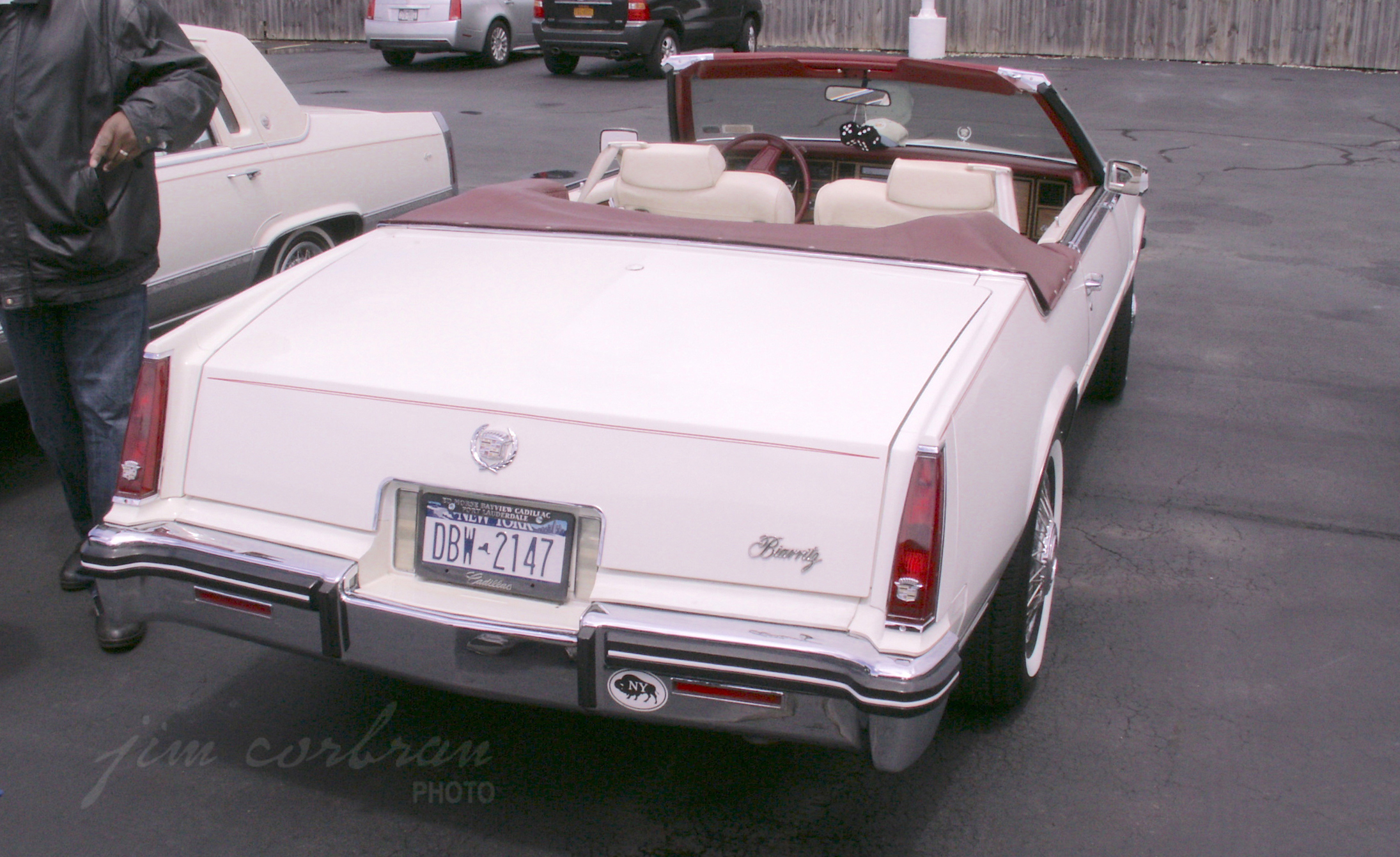 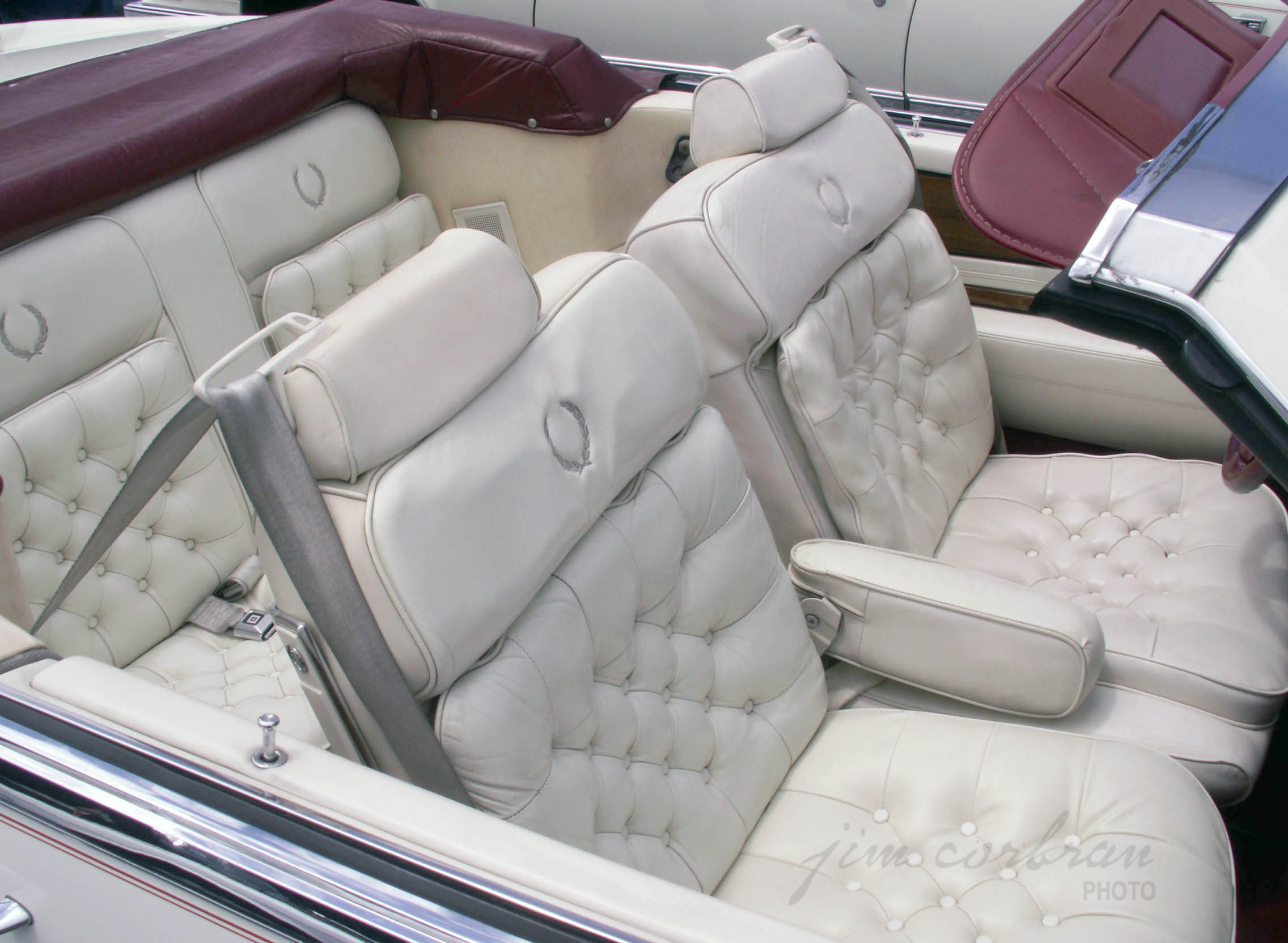 Coming across this 1985 Cadillac Eldorado Biarritz eight years ago at the WNY Cadillac & LaSalle owners club show at Keyser Cadillac in Williamsville reminded me of the 14,000 people who bought a new 1976 Eldorado droptop thinking it would be the last American-made convertible… ever (bottom photo). Especially those who shelled out extra for one of 2,000 all-white versions which, according to The Encyclopedia of American Cars, Cadillac called “the last convertibles.” Whoops! I wonder how many got put away as an “investment.” As you can see in the photo below of a black ’85 Biarritz, IMO these cars look just as good with the top up, something you can’t always say about many later model convertibles.