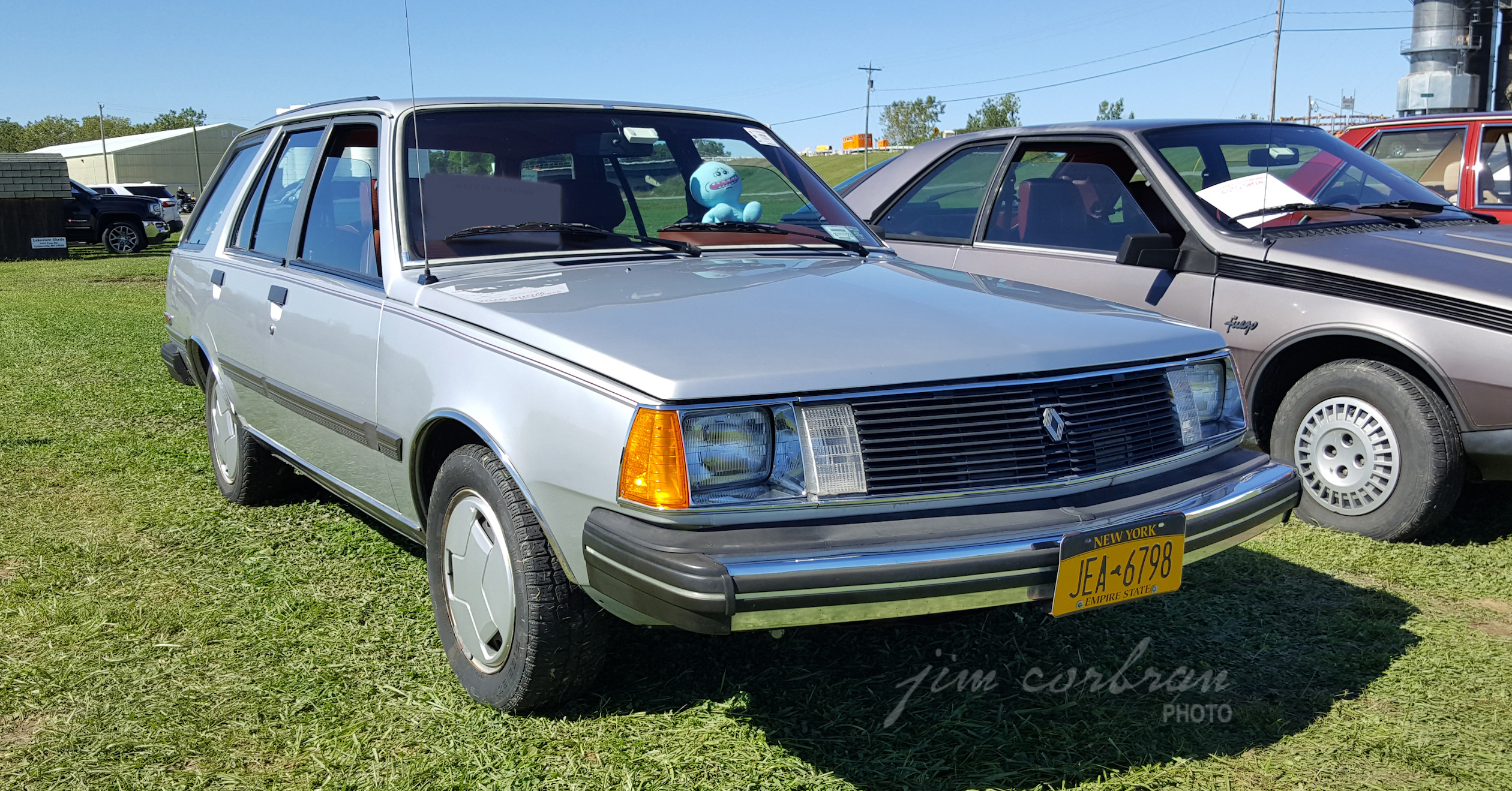 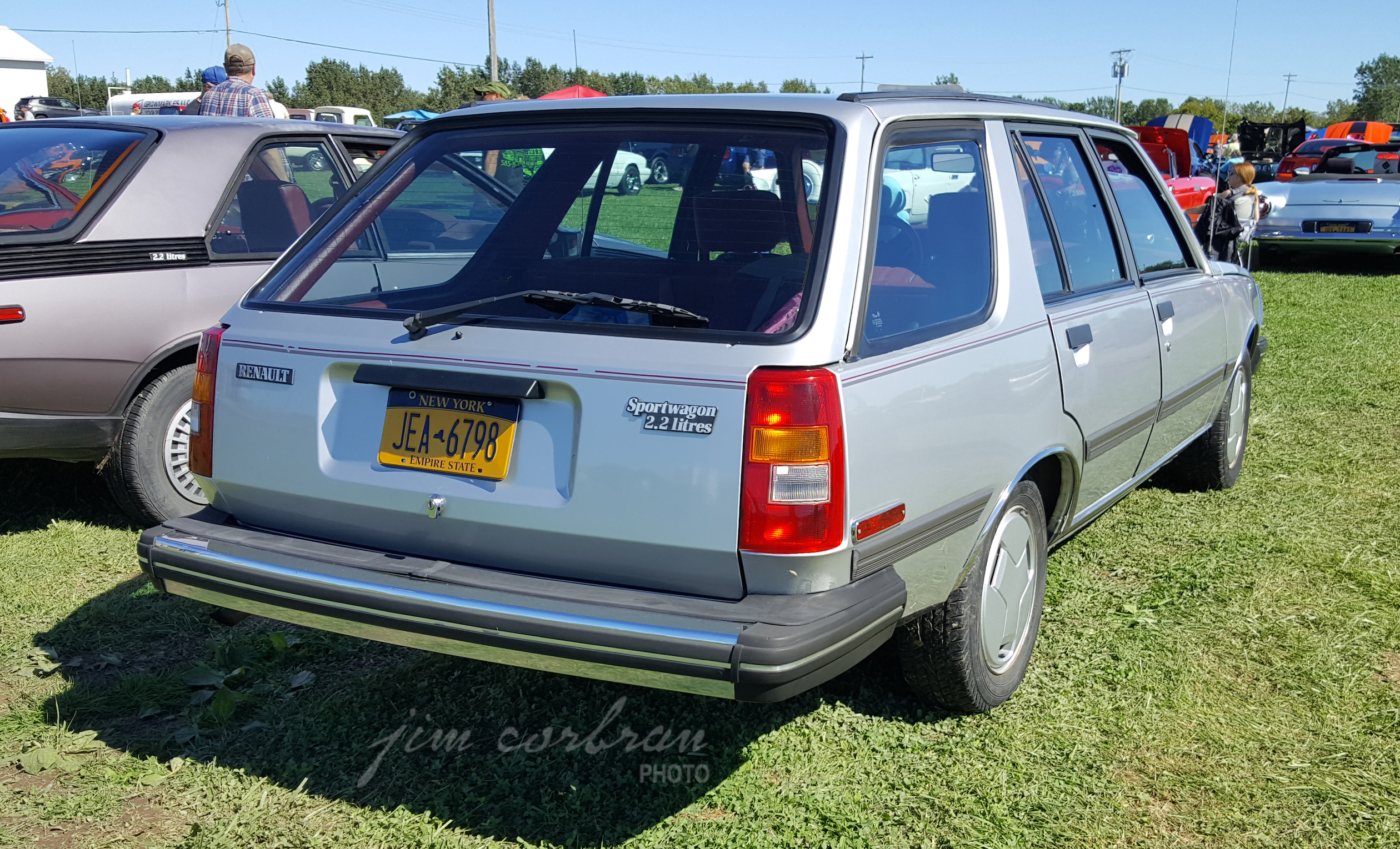 Of all the compact station wagons bought in the midst of the Reagan years, the one least-chosen by American car buyers was quite possibly the 1985 Renault Sportwagon. The Renault lineup had pretty much consisted of quirky cars since the Dauphine appeared on these shores in the 1950s (the R16 certainly comes to mind, as well as the R5 — or, as we knew it here in the US, Le Car), but by 1985 their offerings were more mainstream. When naming the Sportwagon for the North American market (it was called Renault 18 Break in French-speaking European countries, and the 18 Estate in most of the rest of the world), Renault, unlike VW, went for the more common English spelling of wagon as opposed to VW’s wagen, as in the Golf Sportwagen. And yes, I know, break is French for station wagon, but wagen is German for car while kombi is German for station wagon so, what’s up with that? Oy. We saw this one last summer at the September to Remember Car Show in Albion.