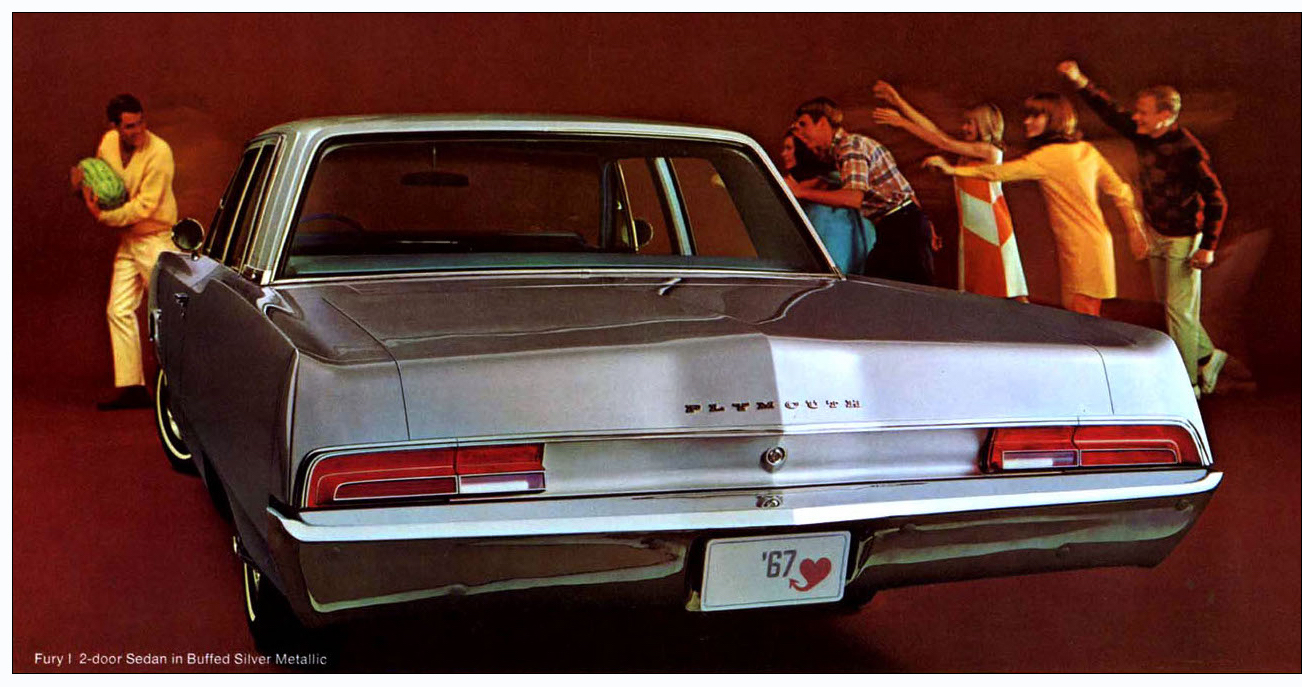 This is one of my favorite views of the 1967 Plymouth Sport Fury. As you can see from the brochure photo (inset) of a bottom-line Fury I sedan, apparently Plymouth’s photographers also liked this angle. The Sport Fury was available with two different rooflines for MY 1967. Today’s RealRide, seen over the summer at a cruise night at the American Legion Post in East Aurora, is what Plymouth called a Fast Top, while the other version was simply named two-door Hardtop (like the yellow example in the bottom photo). This was all the rage with the Big Three in the late 1960s, with Chevy and Ford also offering two different two-door hardtop profiles. Which do you prefer? 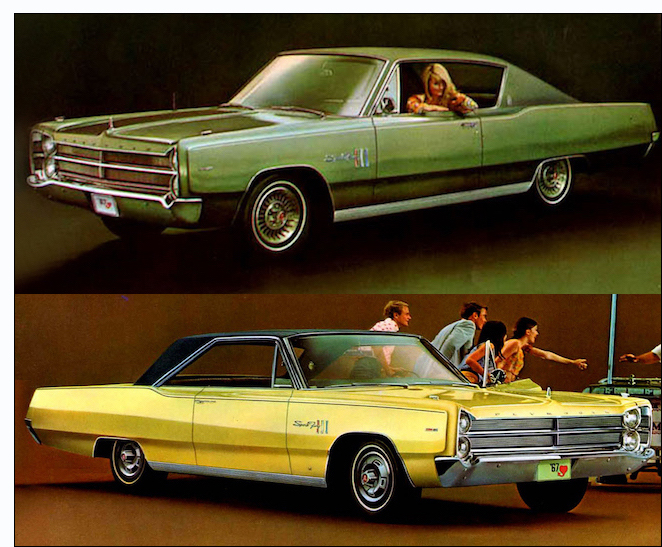