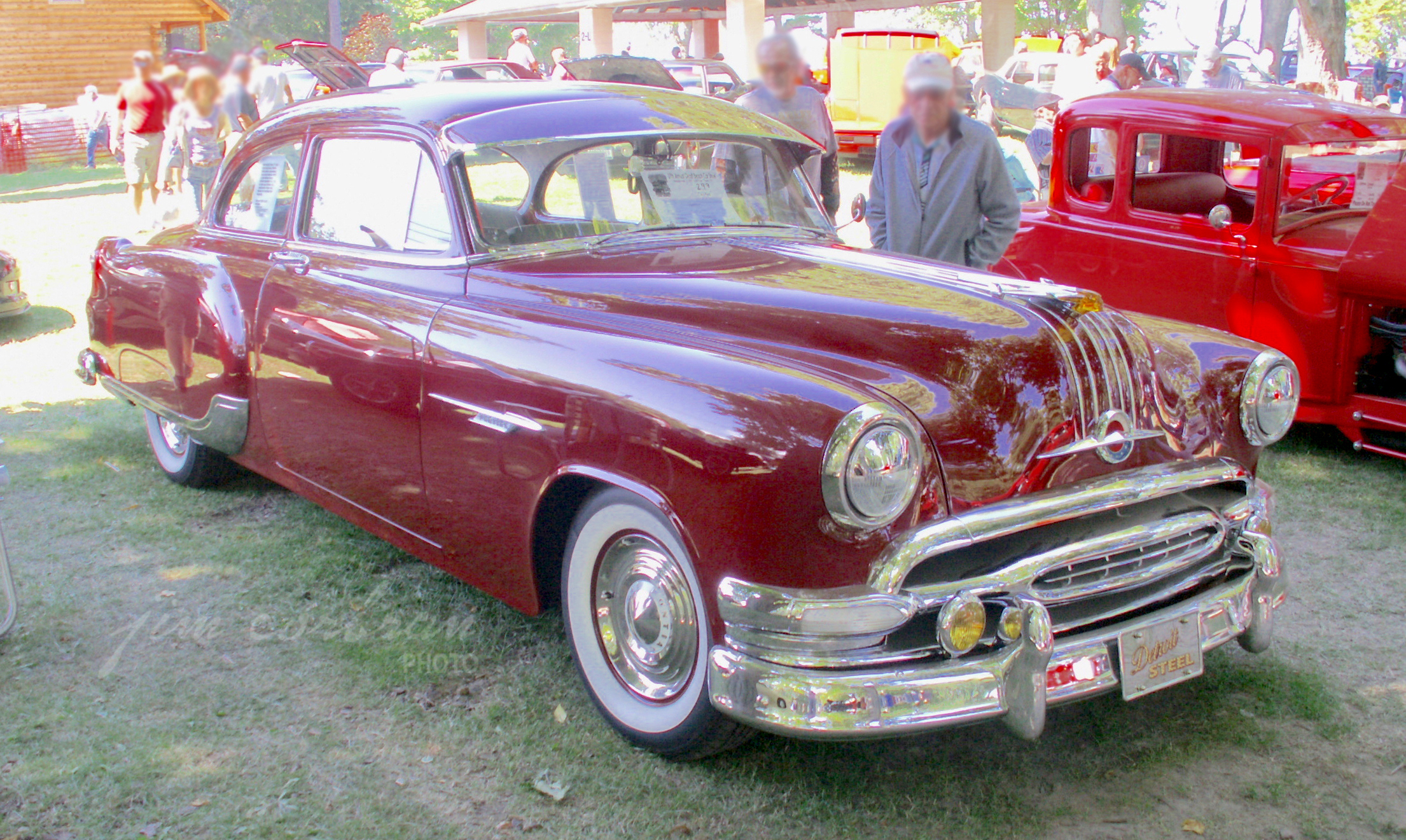 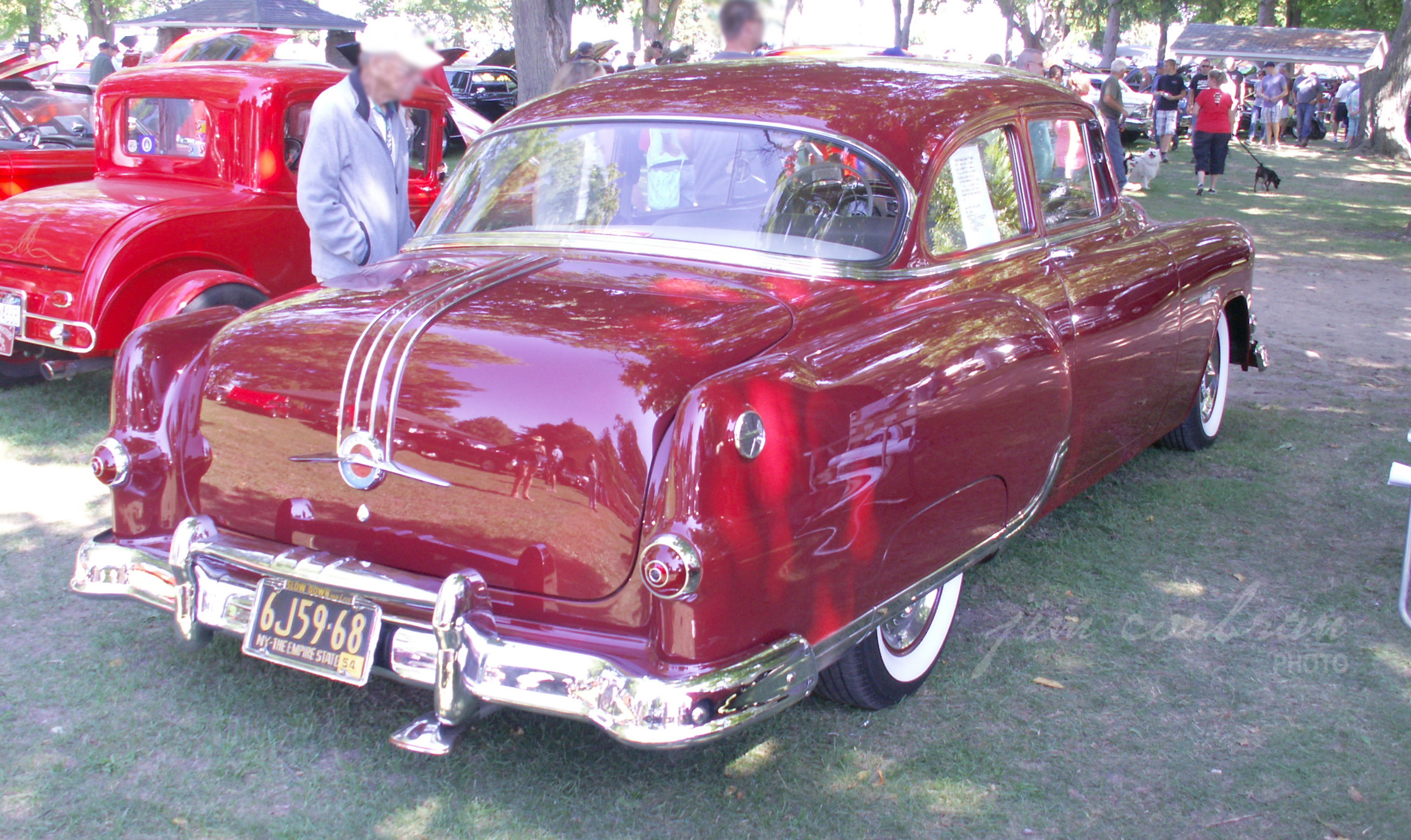 A pair of fender skirts (along with their extended chrome trim along the bottom of the rear quarter panels) give this 1954 Pontiac Chieftain Special the look of a higher-end model. You can see what a Chieftain Special looked like without the skirts at the bottom of the page. It makes quite a difference! The next steps up in the lineup were the Chieftain DeLuxe, which had much more chrome side trim than the Special, and the Star Chief, which was glitzier with a longer wheelbase and overall length. All ’54 Pontiacs were available wither either a straight-six or a straight-eight engine. The V8 would come a year later. We saw this one at the h-u-g-e 2016 Olcott Beach Car Show in Olcott.