Although my copy of The Encyclopedia of American Cars lumps the sales figures of the 1965 Pontiac 2+2 convertible with those of the Catalina, Pontiac’s brochure would seem to indicate that it was a separate model. A “…whacking great 421-cubic-inch 4-bbl engine of 338 hp” was the “moving force” of the 2+2 according to said brochure. And of course, the beautiful illustrations, like the one below of the ’65 2+2, were the work of Art Fitzpatrick (the cars) and Van Kaufman (the backgrounds), as they had been for years-worth of Pontiac brochures and magazine ads. We saw today’s RealRide over the summer at a cruise night at the Big Indian Smoke Shop in Irving. 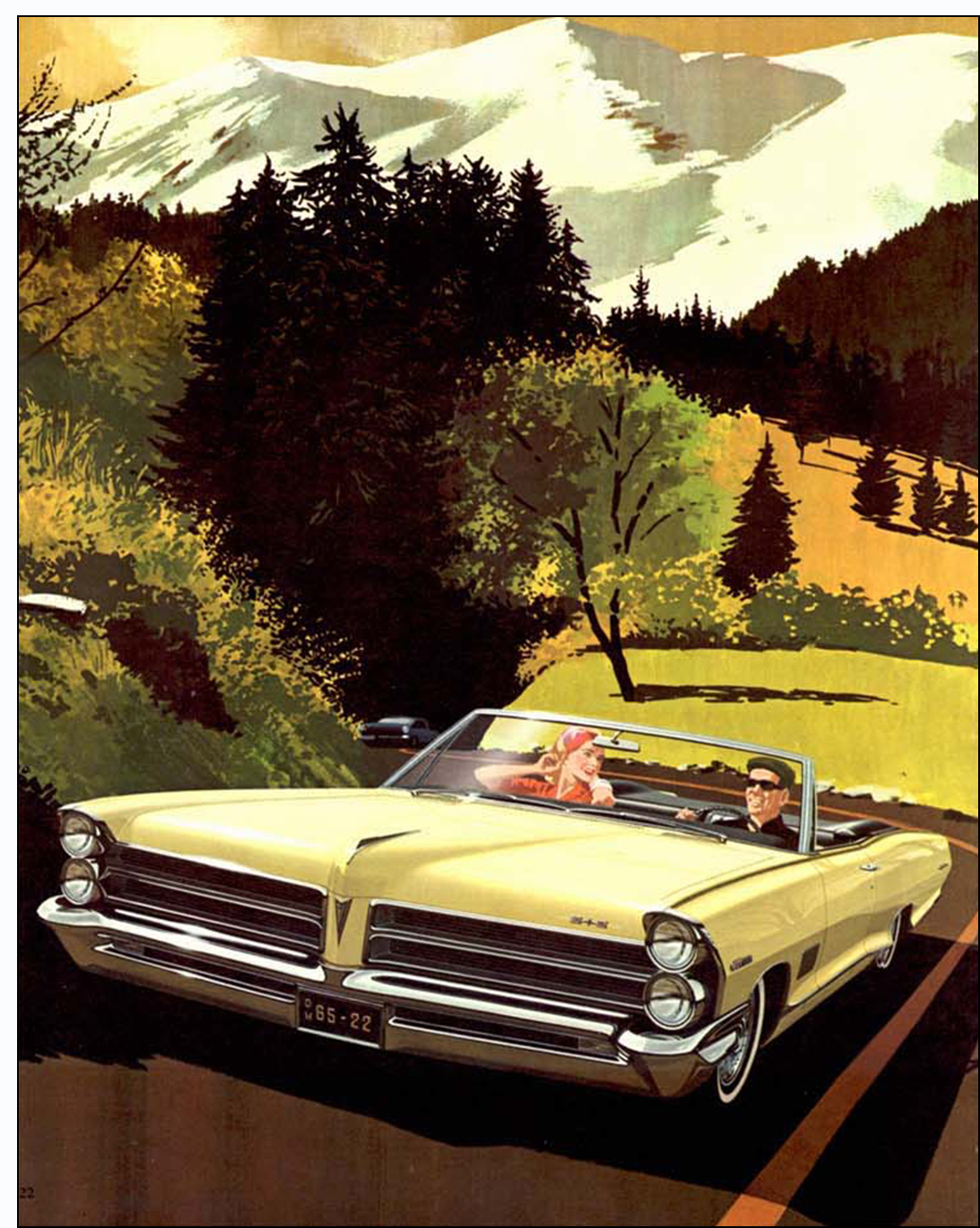