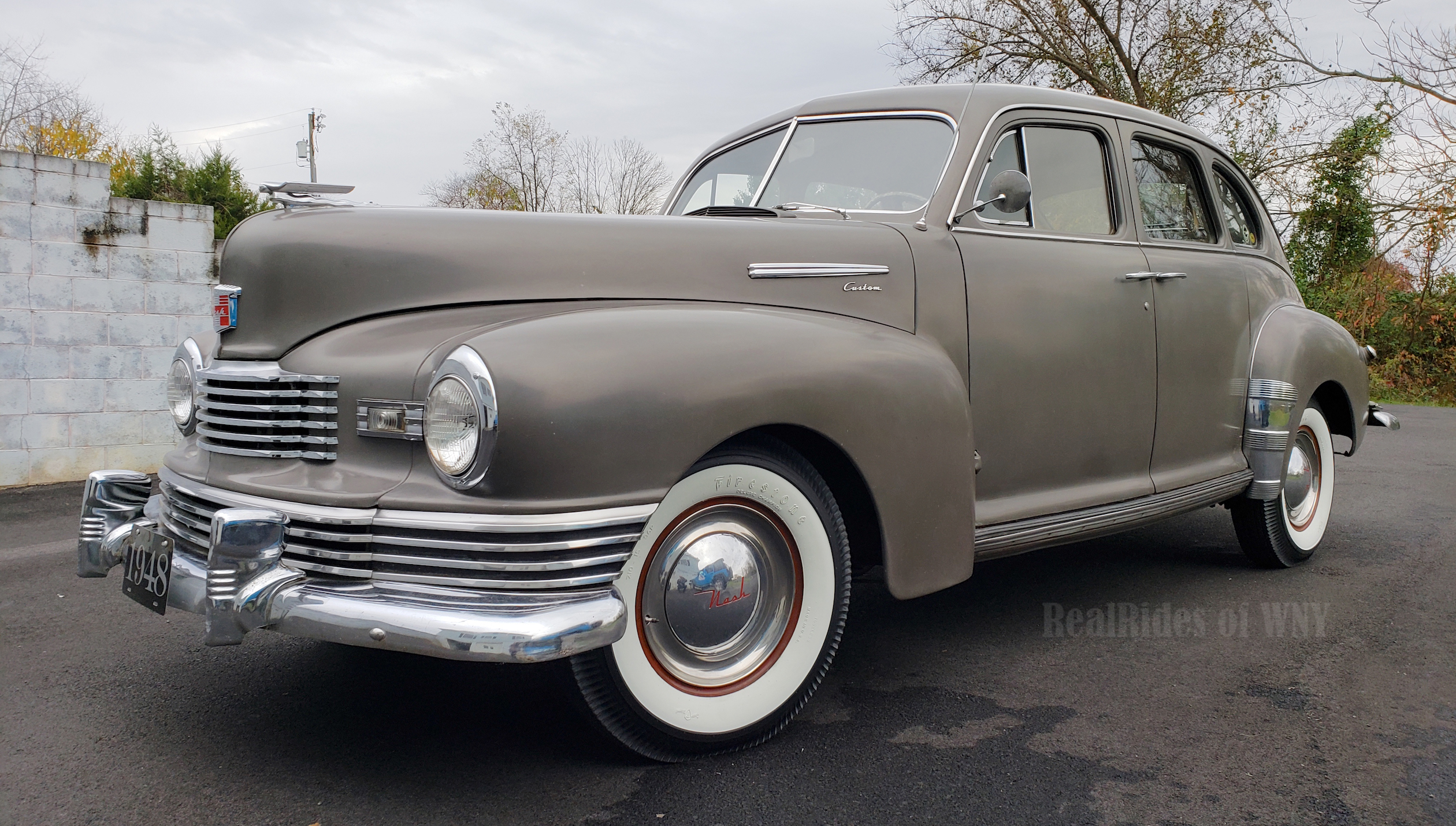 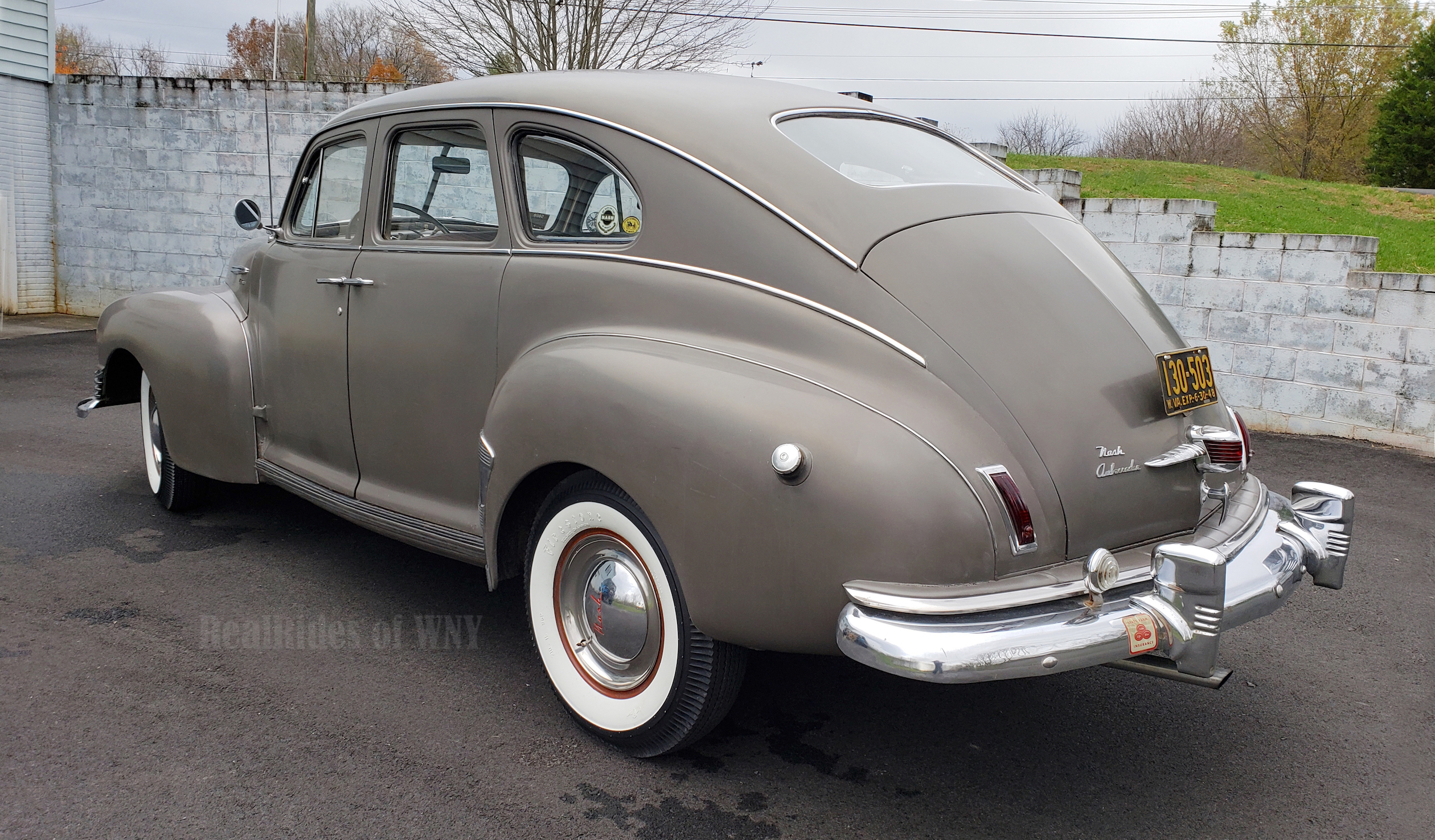 The upcoming holidays have left us here in the RealRides offices in a festive mood — so festive that today we’re featuring this 1948 Nash Ambassador Custom Slipstream sedan, owned by Sandra Carter of Shepherdsville, West Virginia. I’ve been thinking of how to use the photos that Sandra sent in just about a year ago. Turns out her daughter’s finaceé is from Homer, New York, and a friend of ours who used to live in Lockport now lives in the Homer area — so, yes there is a WNY connection! Back in 1948, Nash used some very colorful terms for some of their cars’ features, like “Fourth Speed Forward,” “Automatic Overtake,” “Weather Eye Conditioned Air System,” and “Sand-Mortex soundproofing.” Sandra has owned the Nash for nine years now, and she tells us that only 4,143 of this particular Ambassador model were painted Dark Canterbury Gray. It had a respray over 50 years ago, which looks like it’s holding up nicely.