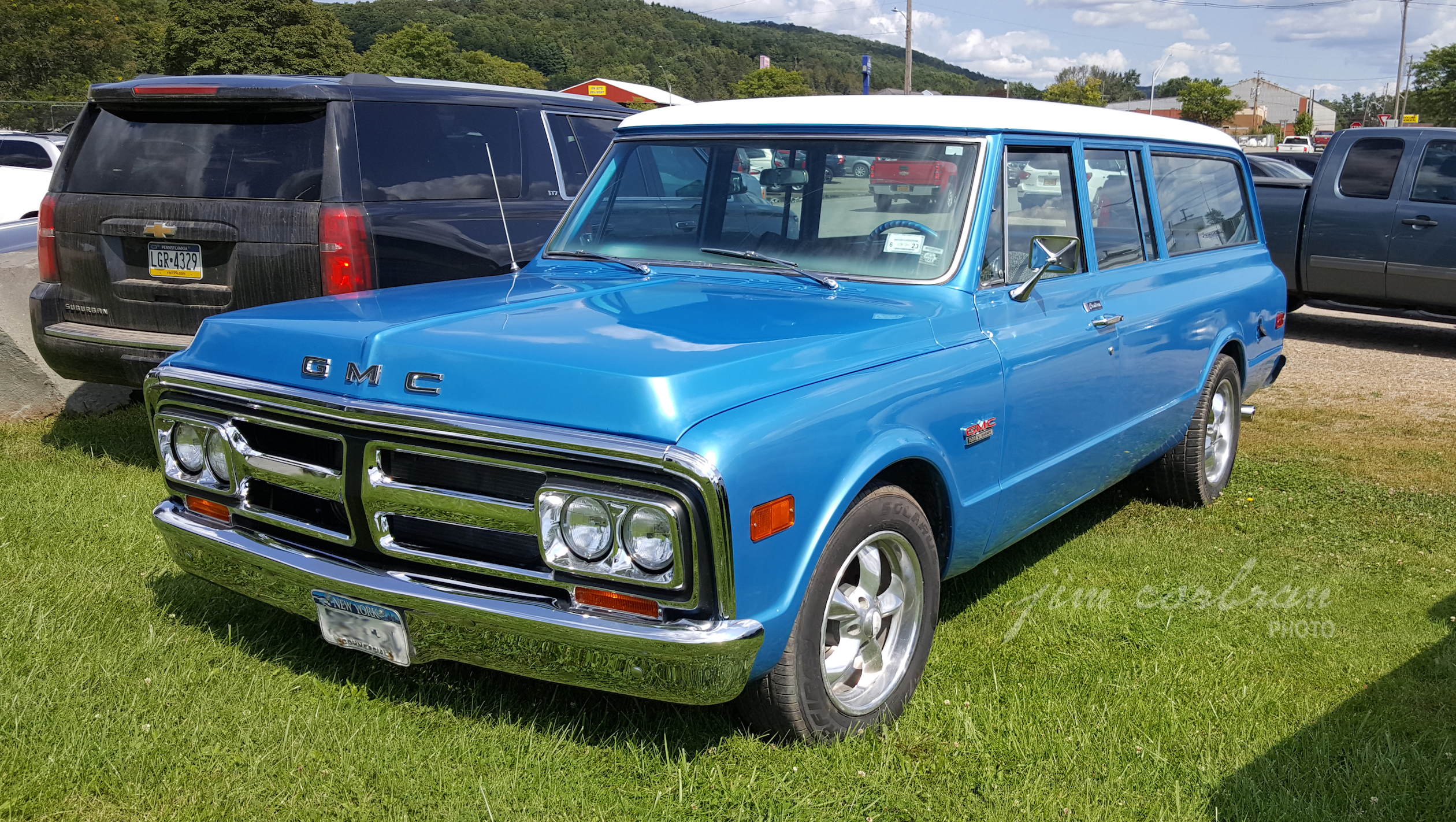 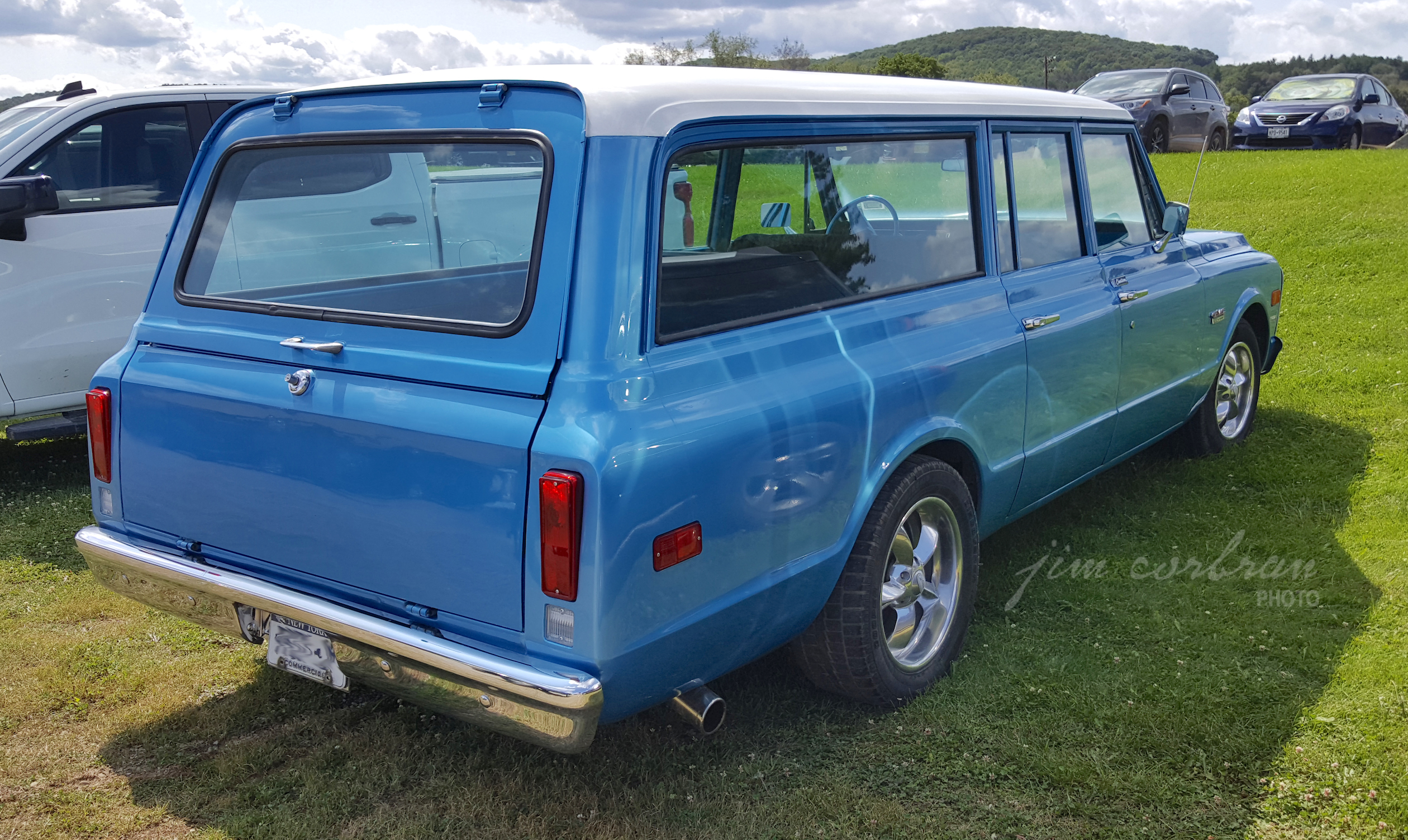 We came upon this 1971 GMC Suburban over the summer in Wellsville while visiting the Park in the Park Car Show sponsored by the Allegany County AOH Division 1. The GMC was virtually identical to the Chevy version — or is it the other way around? — and they both were available with two different rear door setups: a liftgate/tailgate combination, or the double, side-opening doors often referred to as barn doors. There were also two seating configurations offered (see below). Both the GMC and the Chevy were three-door wagons. The passenger side had a rear door while the driver’s side did not, as you can see in the photos of today’s RealRide.