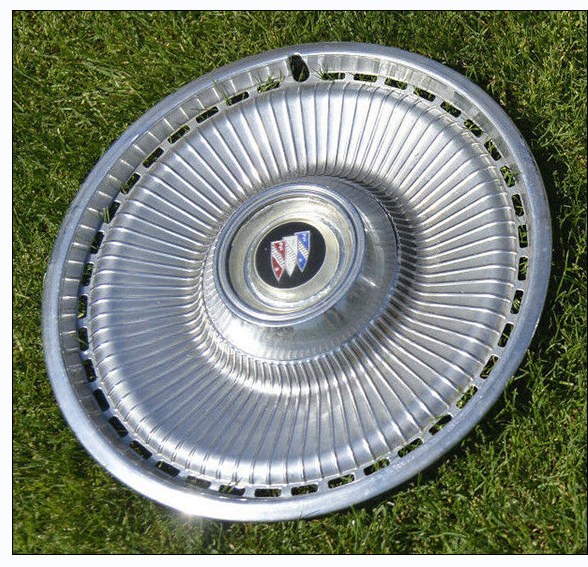 It’s always a treat to find a basically unmolested 1957 Chevy Two-Ten out in the wild. Judging from the red paint where the tailgate emblem should be, I’d say this one’s had a respray at some point. And we’re really guessing here, but it seems to be wearing a set of mid-1960s Buick wheel covers, perhaps like this one (inset) which we found on eBay. In 1957, Two-Ten wagons were available in 6- and 9-passenger models — called Townsman and Beauville, respectively. The brochure told us to “Pile in your gear (a half-ton is not too much).” All of the wagons (except perhaps the Nomad with its sloped roof and tailgate) were capable of hauling up to 87 cu. ft. of stuff. We saw today’s RealRide in Lewiston back in 2011, when it was featured as a Wheels in the Grass subject (cars not currently on the road) on our Artvoice “You Auto Know” blog page. 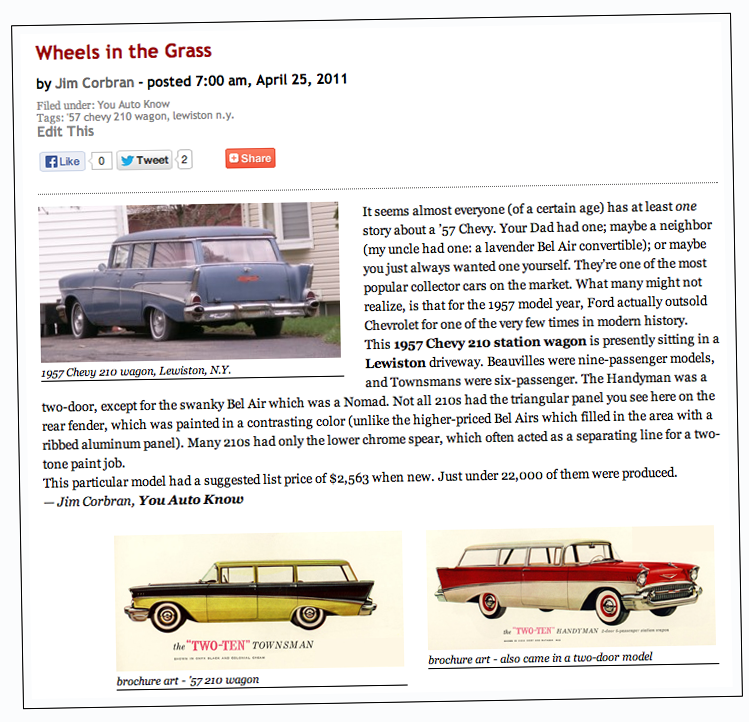