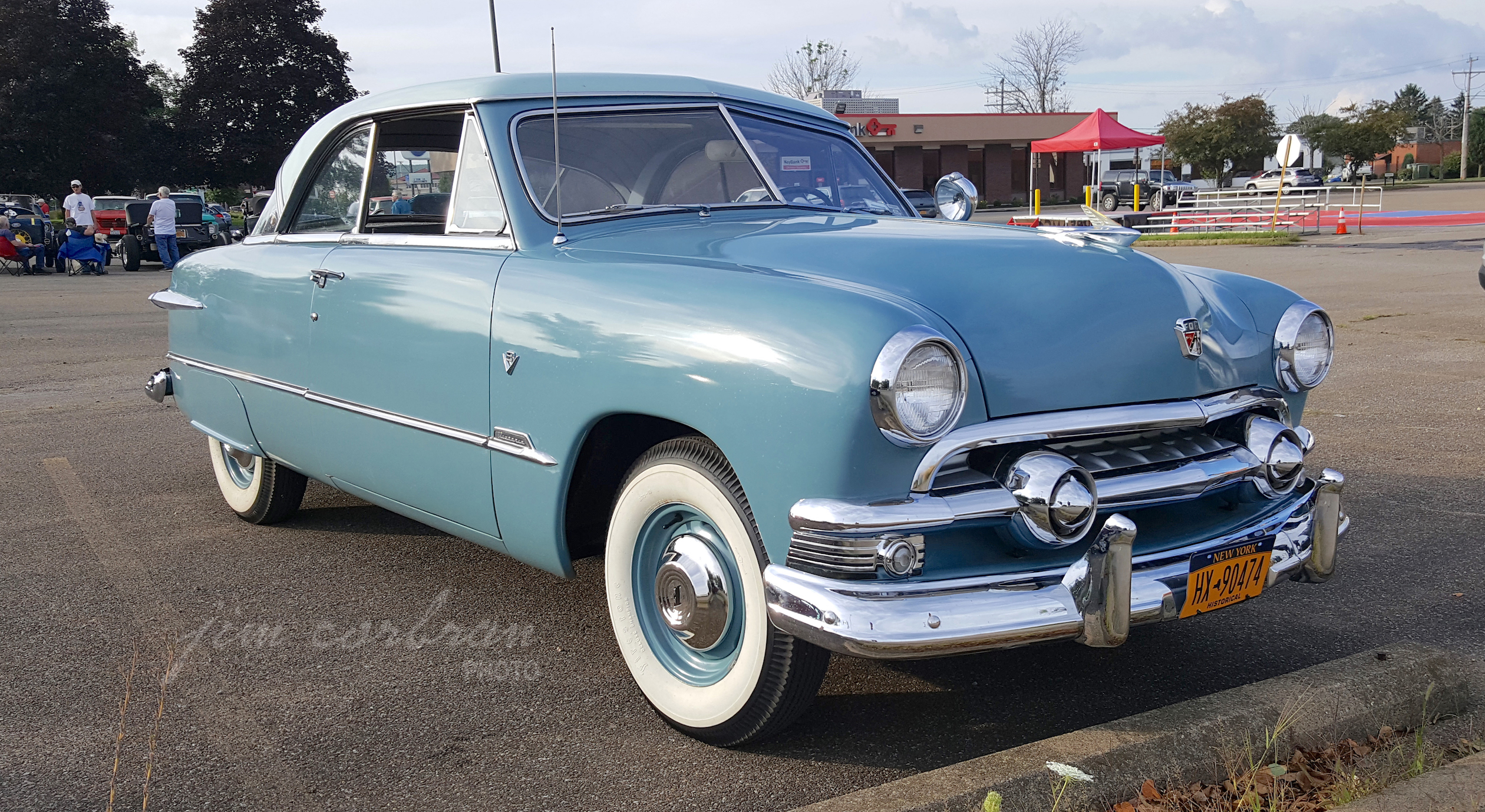 The 1951 Ford Victoria was Ford’s first entry in the two-door hardtop category. They’d go on to use the Victoria moniker to designate pillarless models until dropping it for model year 1963. Up to that point, most two-door models were called Club Victoria while the four-doors went by Town Victoria. For the 1960-61 Starliner, the sloped roofline was different enough from the more formal looking Galaxie hardtops that Ford didn’t used the Victoria designation for them, but merely referred to them as Starliner two-door hardtops. We saw today’s V8-equipped RealRide at a weekly cruise night in Olean over the summer.