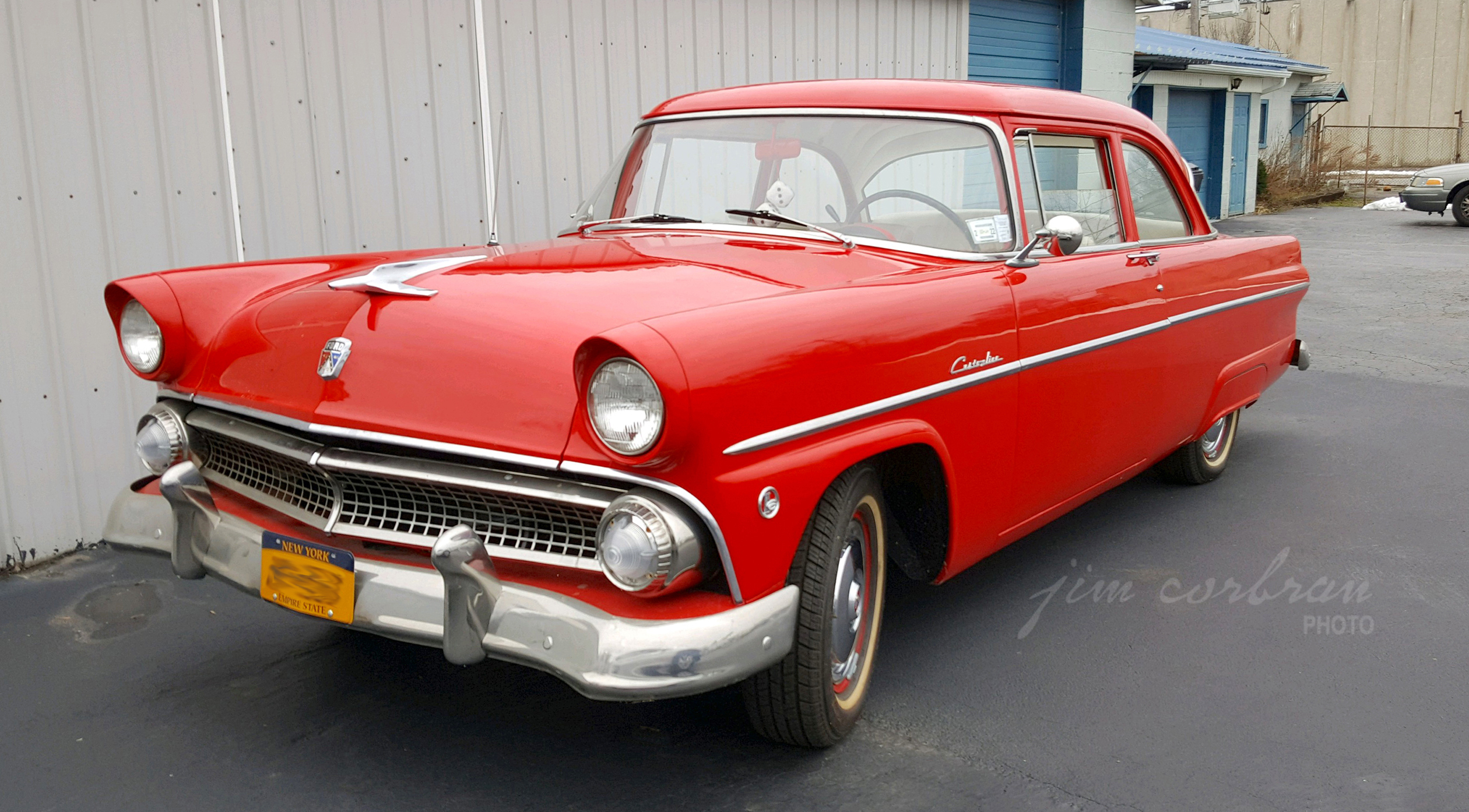 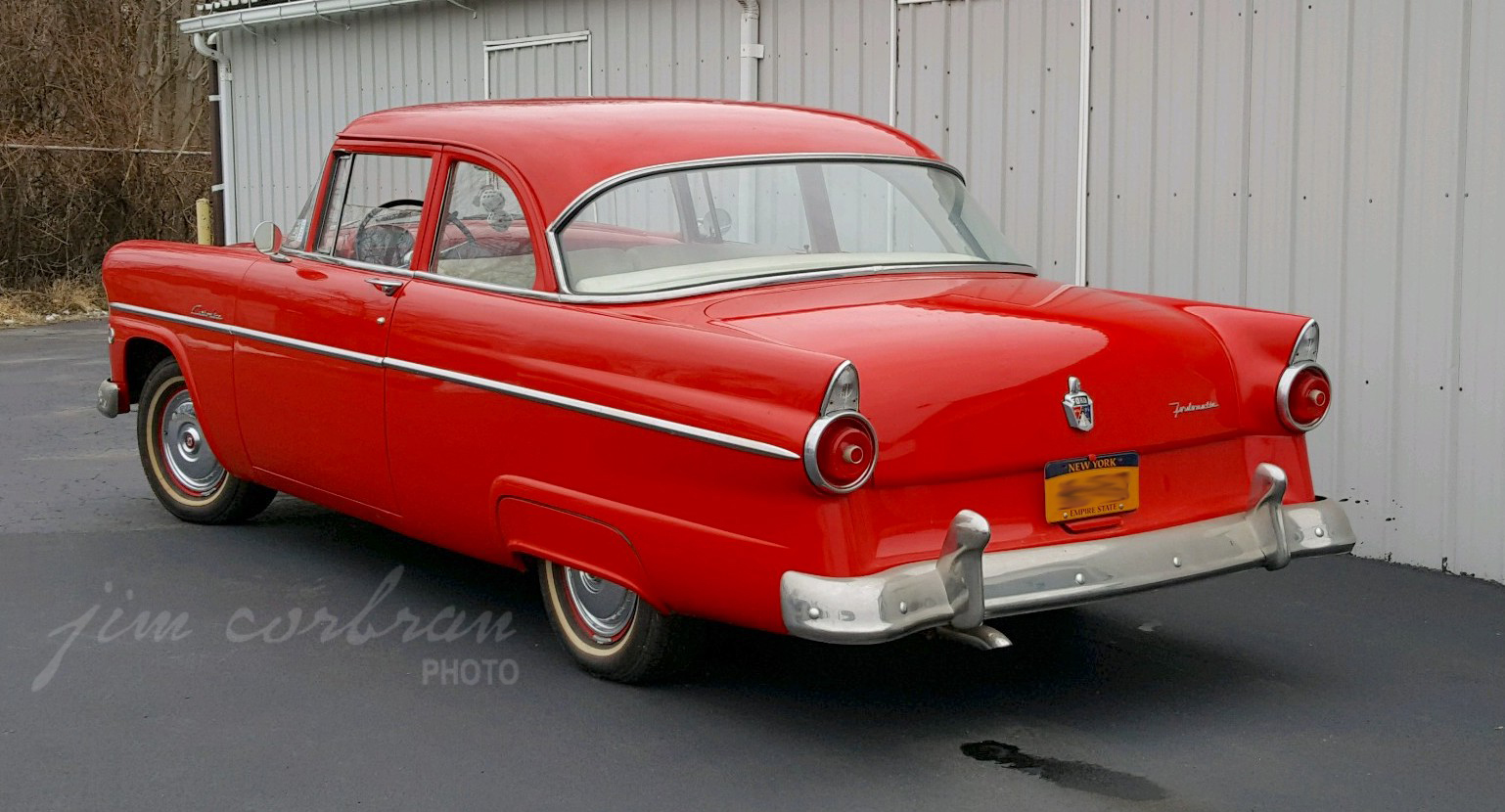 Growing up, my godparents had a similar 1955 Ford Customline Tudor, except theirs had a two-tone paint job (as many were back in the day) — Buckskin Brown and Snowshoe White, IIRC. Back in those days many owners were brand-loyal, and Uncle Chick (as we called him) was a dyed-in-the-wool Ford guy right up to the end. This striking Torch Red RealRide was seen a few weeks ago in a Tonawanda parking lot. The snug fit of those fender skirts (or Rear Fender Shields, as Ford called them) tell me they’re probably a Genuine Ford Accessory, like the ones in the brochure illustration below.