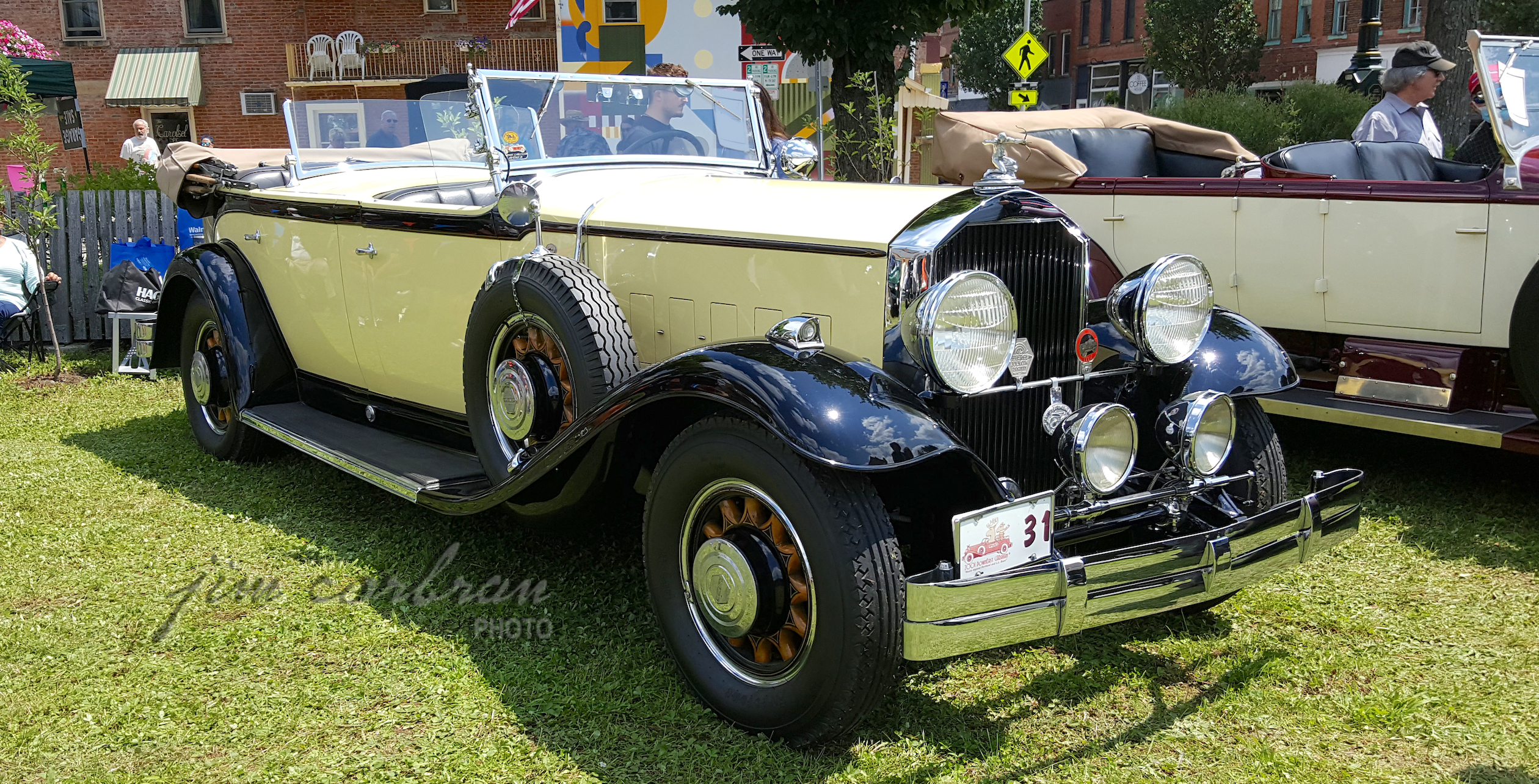 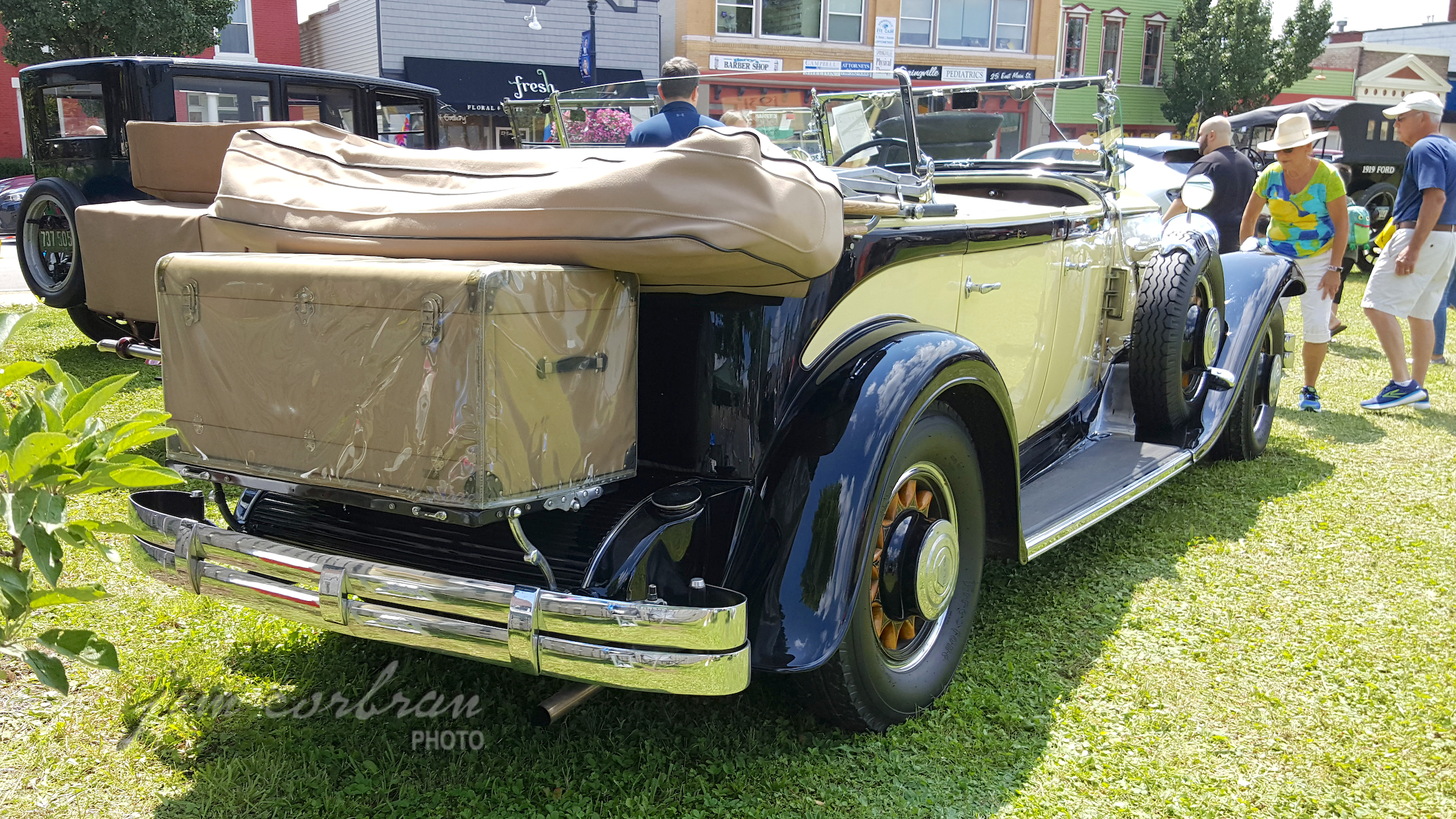 The hugeness of this 1931 Pierce-Arrow Model 42 Dual-Cowl Sport Phaeton belies the manufacturer’s description of it as a four-passenger motor car. The name’s almost as long as the car! This one, seen at this past summer’s car show held during the Fiddle Fest in Springville, could be the very car used as a model for the artist who created the magazine ad illustration pictured below. To say the least, to see one of these cars in person is impressive. I wonder just how many of them, built here in Buffalo, were bought by local residents? There were nine different variations of the Model 42. They all had a wheelbase of 142 inches and ranged in price from $3,450 for the Sport Roadster to $6,400 for the seven-passenger limousine. The Dual-Cowl Sport Phaeton seen here had a price tag of $3,750 F.O.B. Buffalo. 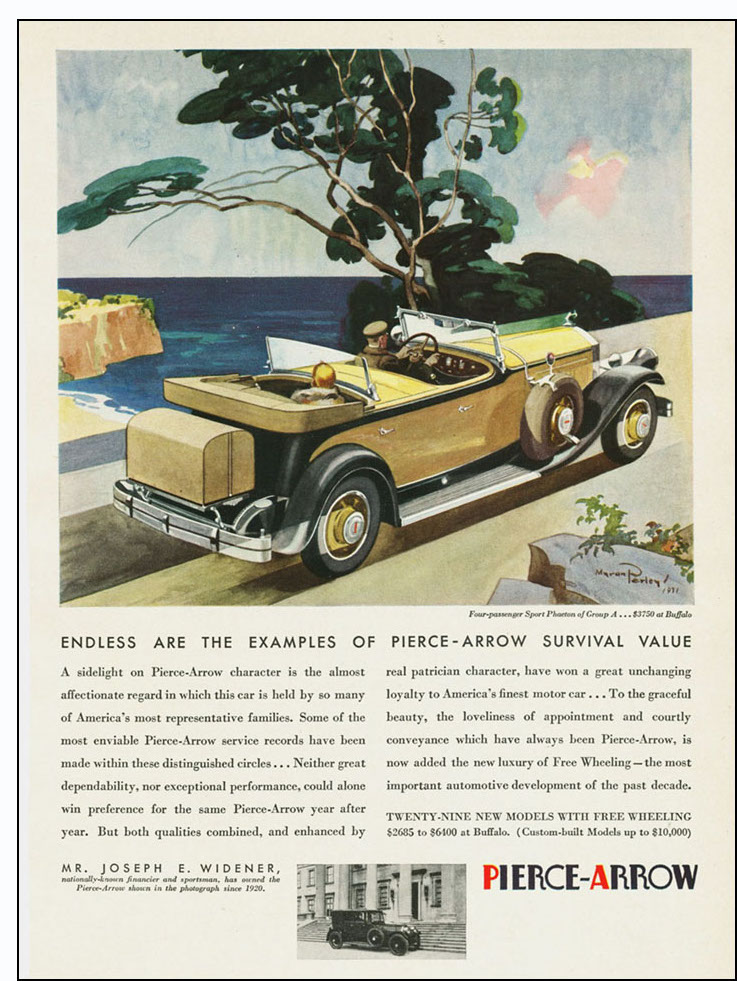