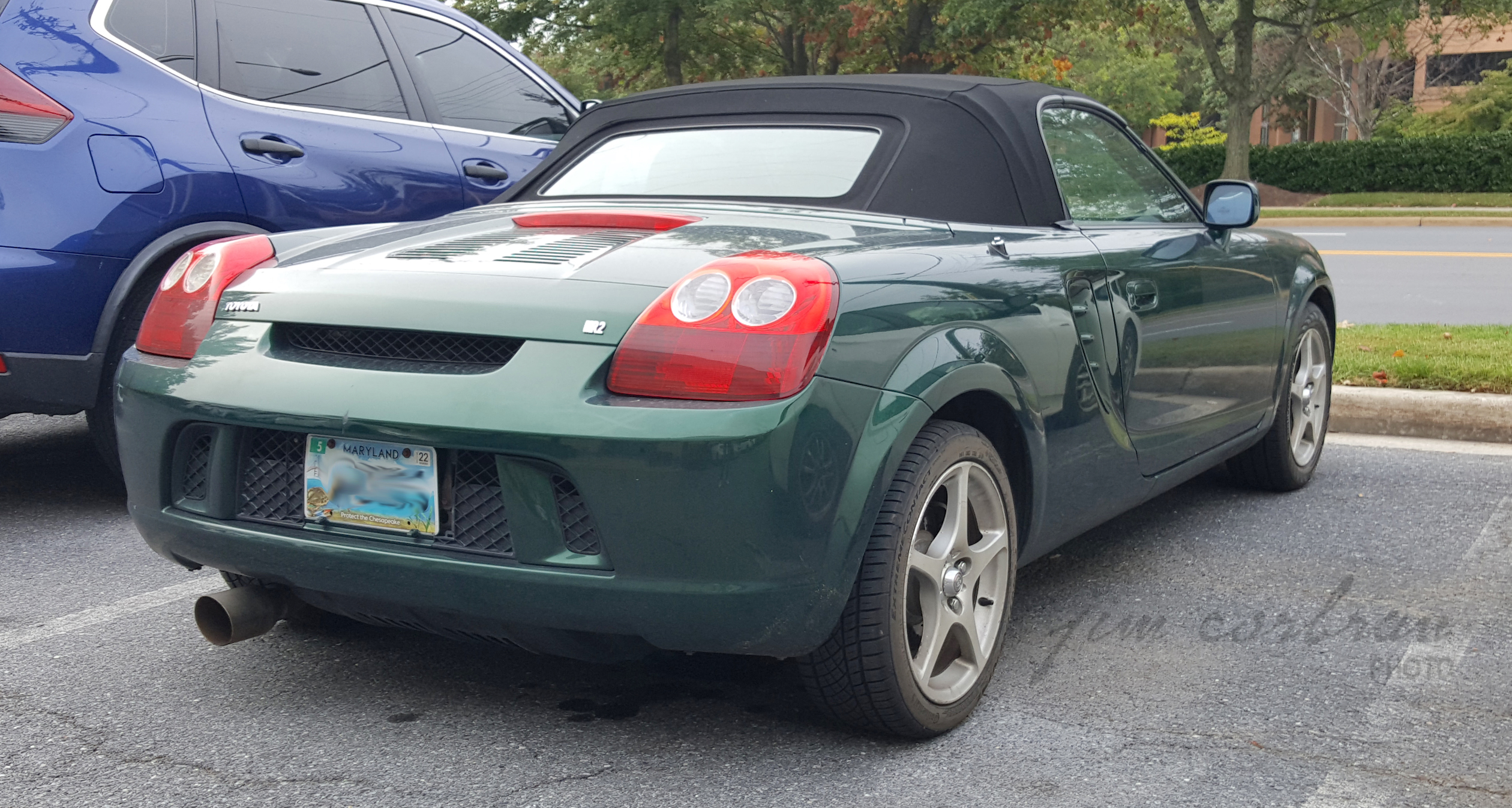 On a recent work-related trip to Washington, D.C., a friend and I (the work was related to him, not me!) took up lodging in nearby Rockville, Maryland where I came across this nice Electric Green Mica 2004 Toyota MR2 while on a morning walk near the hotel. The MR2 was Toyota’s mid-engine two-seat sports car, which went into production in 1984. Today’s RealRide is from the third (and final) generation of the car, whose name Motor Trend magazine tells us stands for Midship Rear-drive 2-seater. The first time I saw one I wondered why they named it Mister Two, Lol. These last cars were produced from 1999-2007, where they were generally called the MR2 Spyder here in the U.S., the MR-S in Japan, and the MR2 and/or MR Roadster in most of Europe.