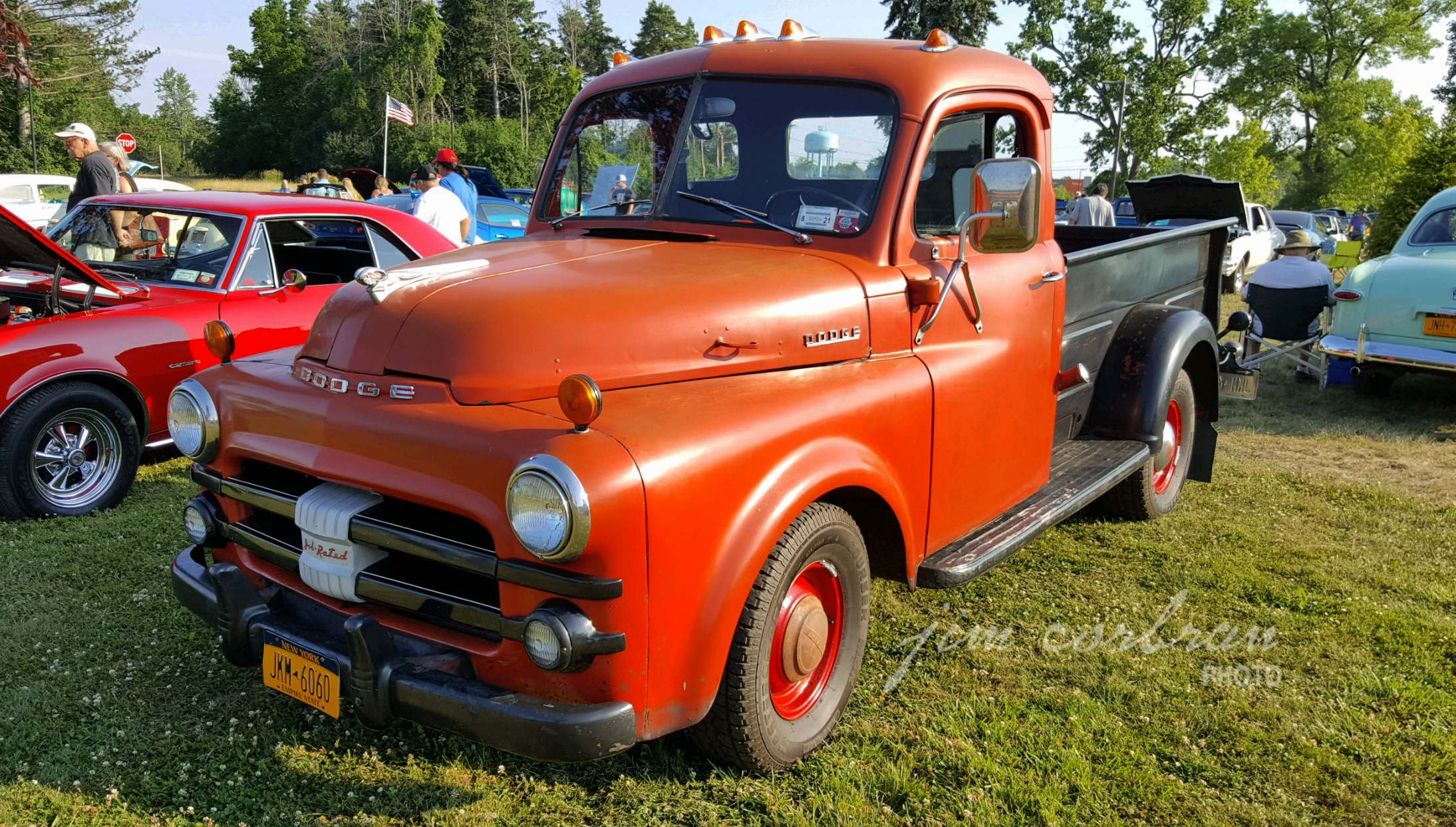 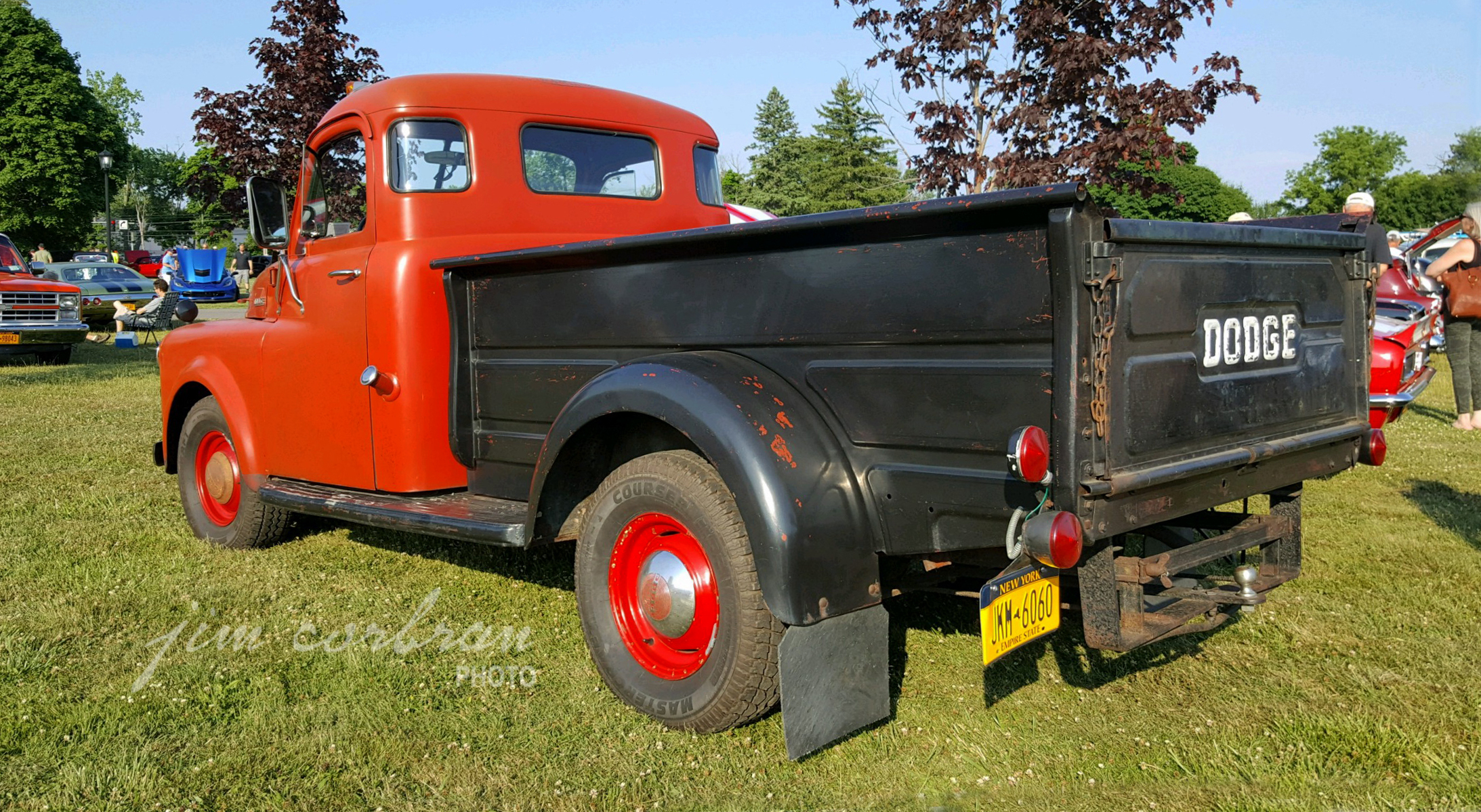 The 1952 Dodge pickups were offered with either high- or low-side cargo beds and tailgates. This one’s a high version, whose sides measure about 32 inches from top to bottom. The low-side was only about half that. Of course, these Job-Rated trucks came in half-, three-quarter-, and one-ton capacity versions. The size of the tires on today’s RealRide suggest to me that it’s a three-quarter ton, which would make it a C model (half-tons were B while the one-ton was designated D). We saw it in the summer of 2020 at that year’s lone cruise night at the Wurlitzer Building in North Tonawanda.