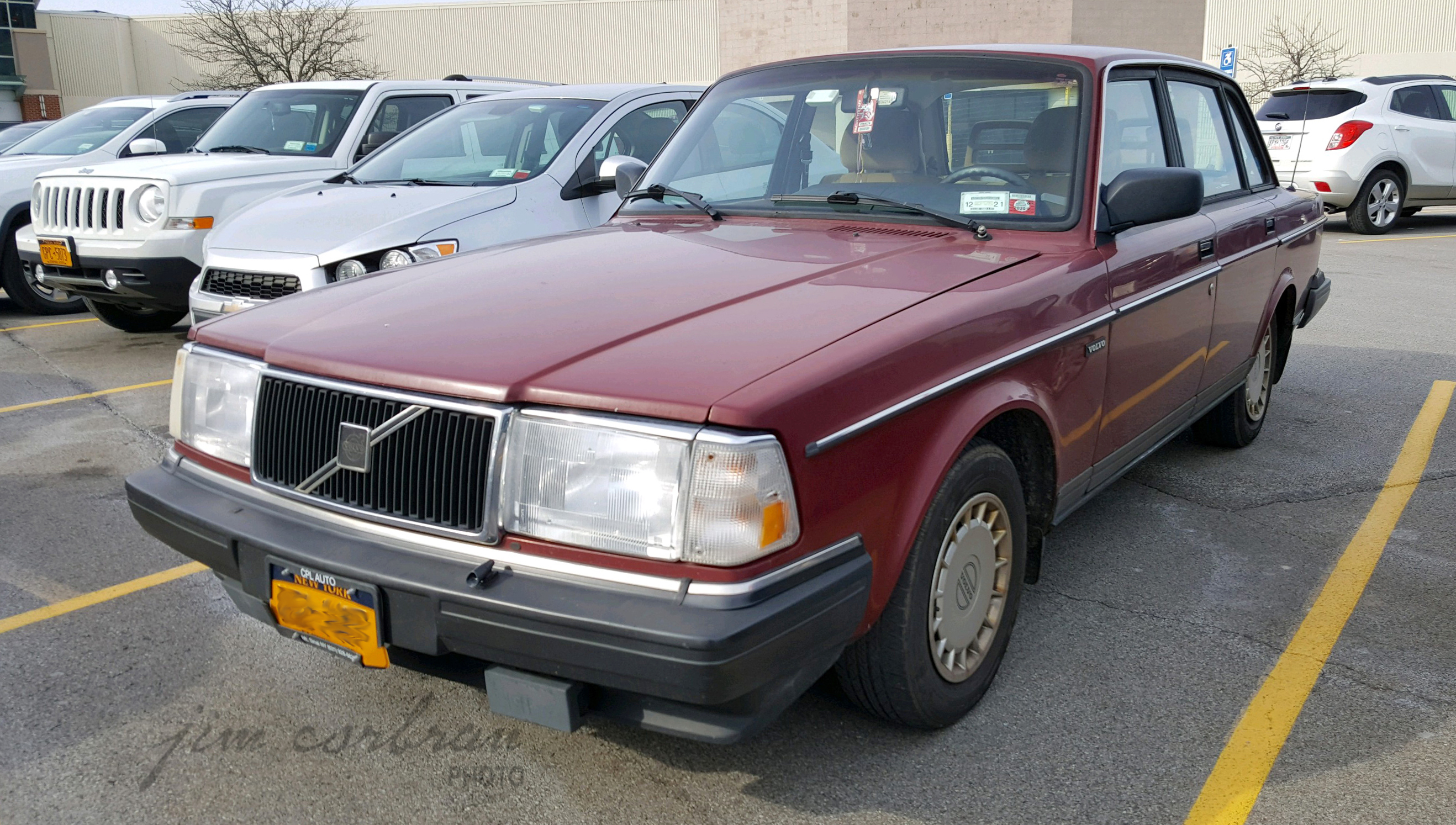 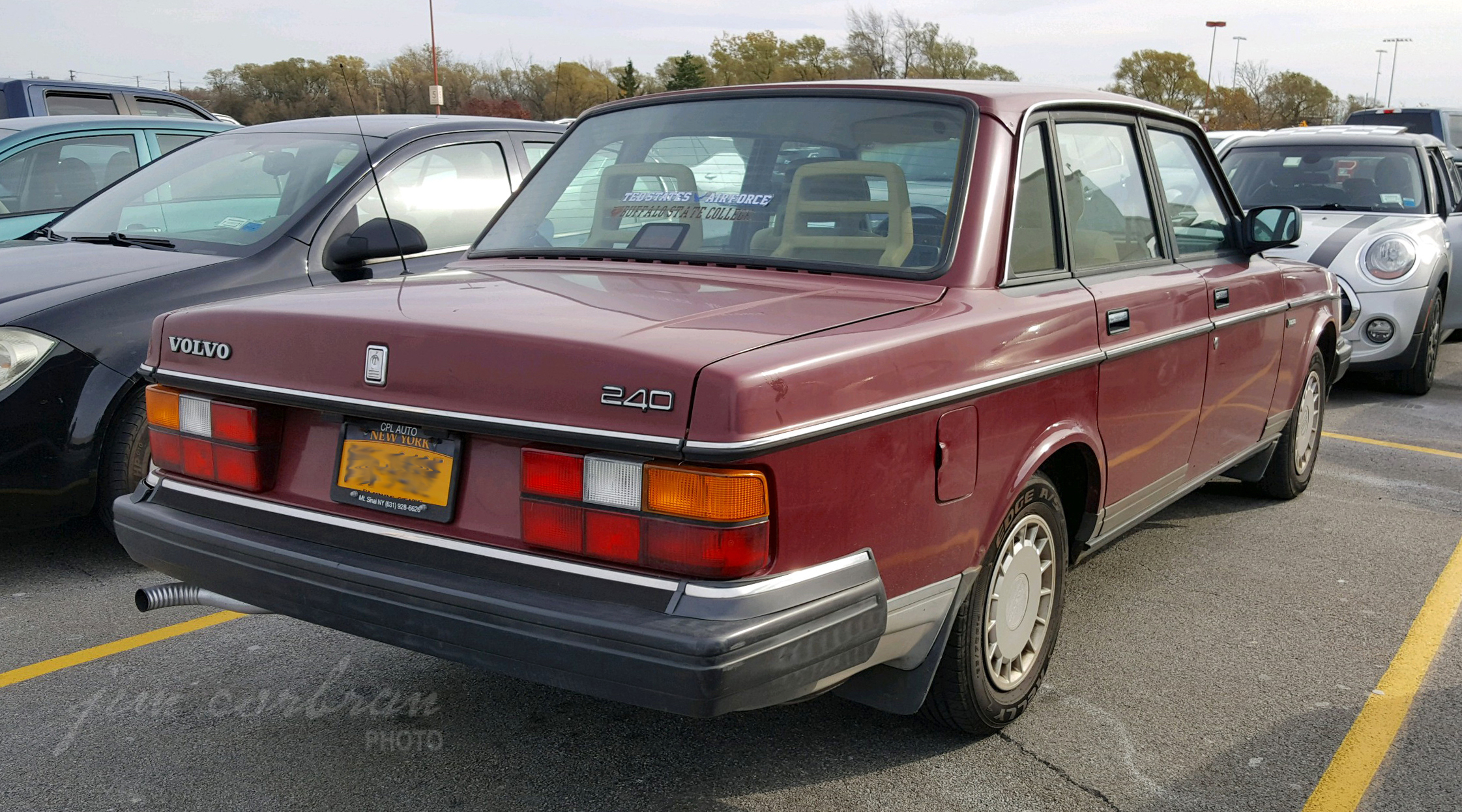 Like the Energizer Bunny, these things just keep going and going… Saw this 1991 Volvo 240 a couple of months ago in a Cheektowaga parking lot. Not only were these cars long-lasting (odometers reading in the hundreds of thousands of miles aren’t uncommon), they were well-known for their safety. Below is an illustration from their Dutch brochure which shows the car’s front and rear crumple zones, or as they say in Holland, kreukelzones (crease zones). Oddly the entire brochure is in Dutch save for the opening line on page one: “The Family Car,” and the text which follows that goes on to say how it was selected as “Family car of the Year” in 1988. Why it didn’t say “Det blev udnævnt til Årets familiebil i USA i 1988” is beyond me. 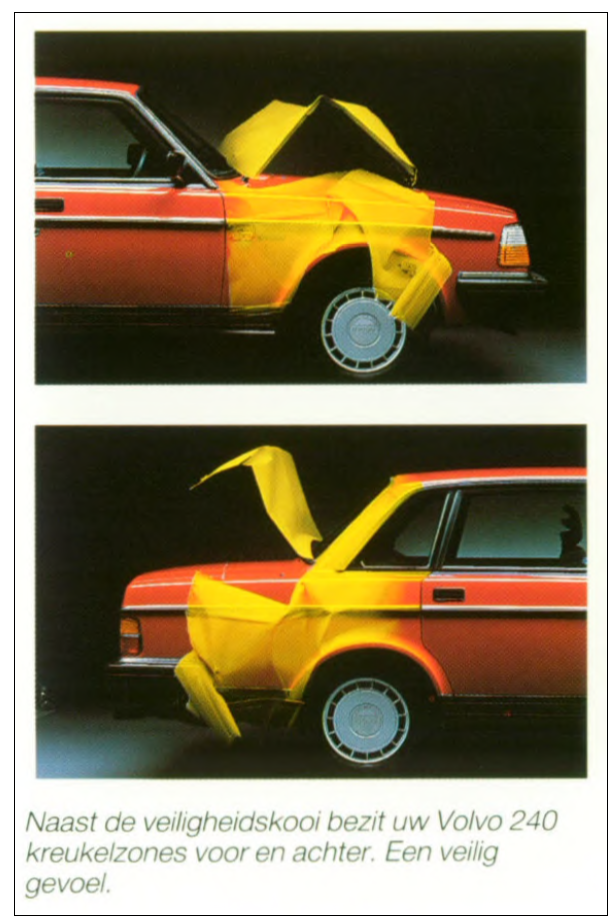