If you wanted a big American car with a retractable rear window 57 years ago, you may have opted for something like this 1964 Mercury Park Lane four-door sedan. Didn’t want to spend that much? You could have also chosen a Mercury Monterey or a Mercury Montclair. Your choice wasn’t limited to a four door sedan either — there were also two-door sedans, as well as two- and four-door hardtops available with the Breezeway window. But yes, the choices were all full-sized Mercurys. They introduced the Breezeway models back in 1963, and kept it going (somewhat) through model year 1968. Prior to that, Lincoln also offered a retractable backlight in the 1958, 1959, and 1960 Continental Mark III, IV, and V, respectively. We passed today’s RealRide a month or so ago in Cheektowaga. 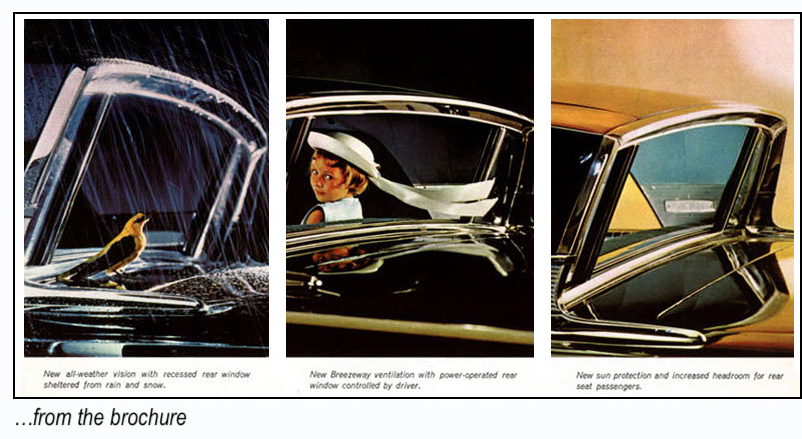