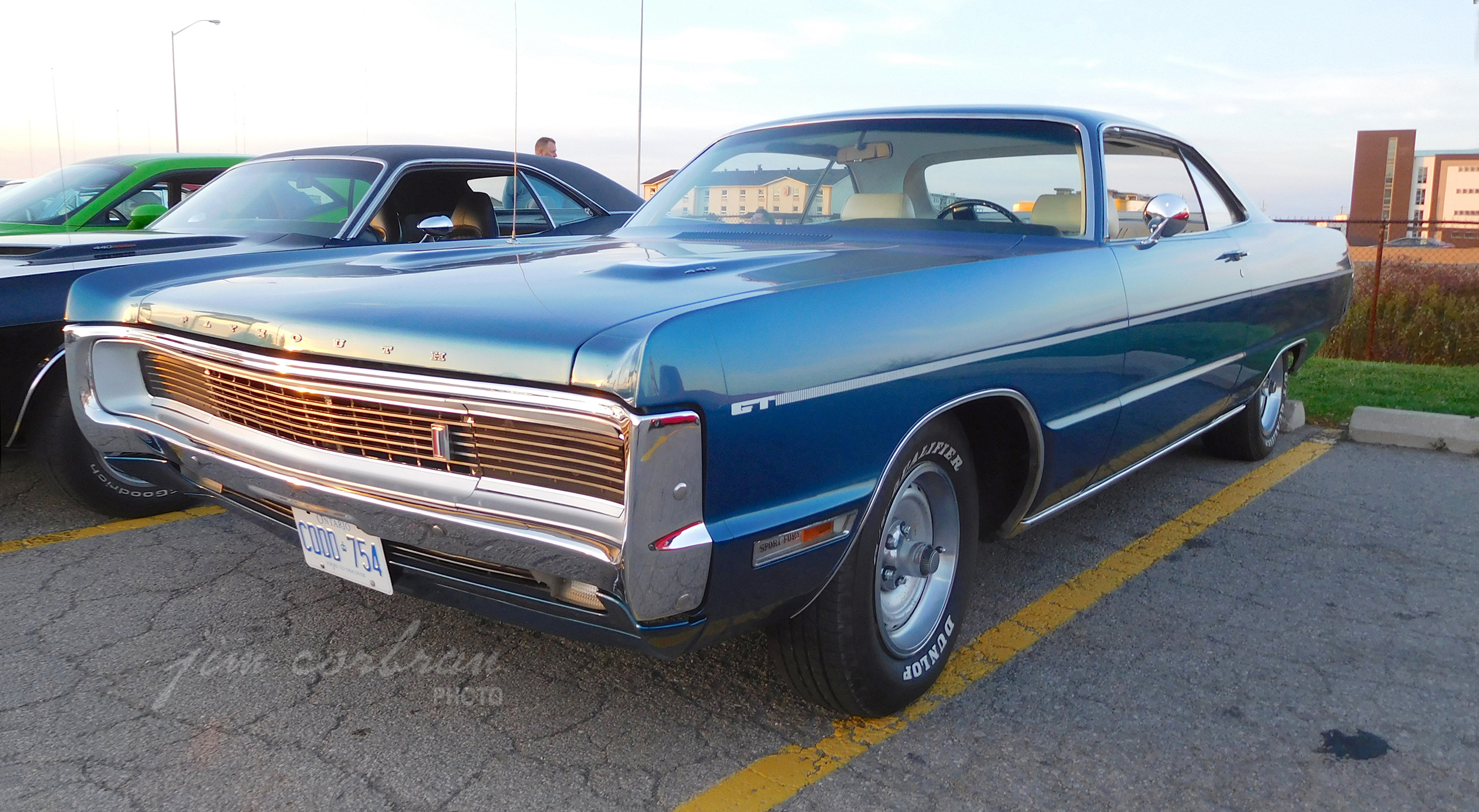 Came across this rarely seen (these days) 1970 Plymouth Sport Fury GT a few summers ago at a cruise night in Grimsby, Ontario. The GT came standard with a 350-hp 4-bbl 440 — a 390-hp 6-bbl version was optional. All GTs (and the tamer Sport Fury S/23 with its 318 V8) came with reflective “Strobe Stripes” on the sides and rear deck, along with a heavy-duty suspension. You might also find a few Sport Fury GT convertibles in a Google search, but as far as I can tell, the only 1970 Fury convertible model was the Fury III (and only 1,952 were produced), so the GT ragtops are probably fakes… or “clones” as their owners might prefer.