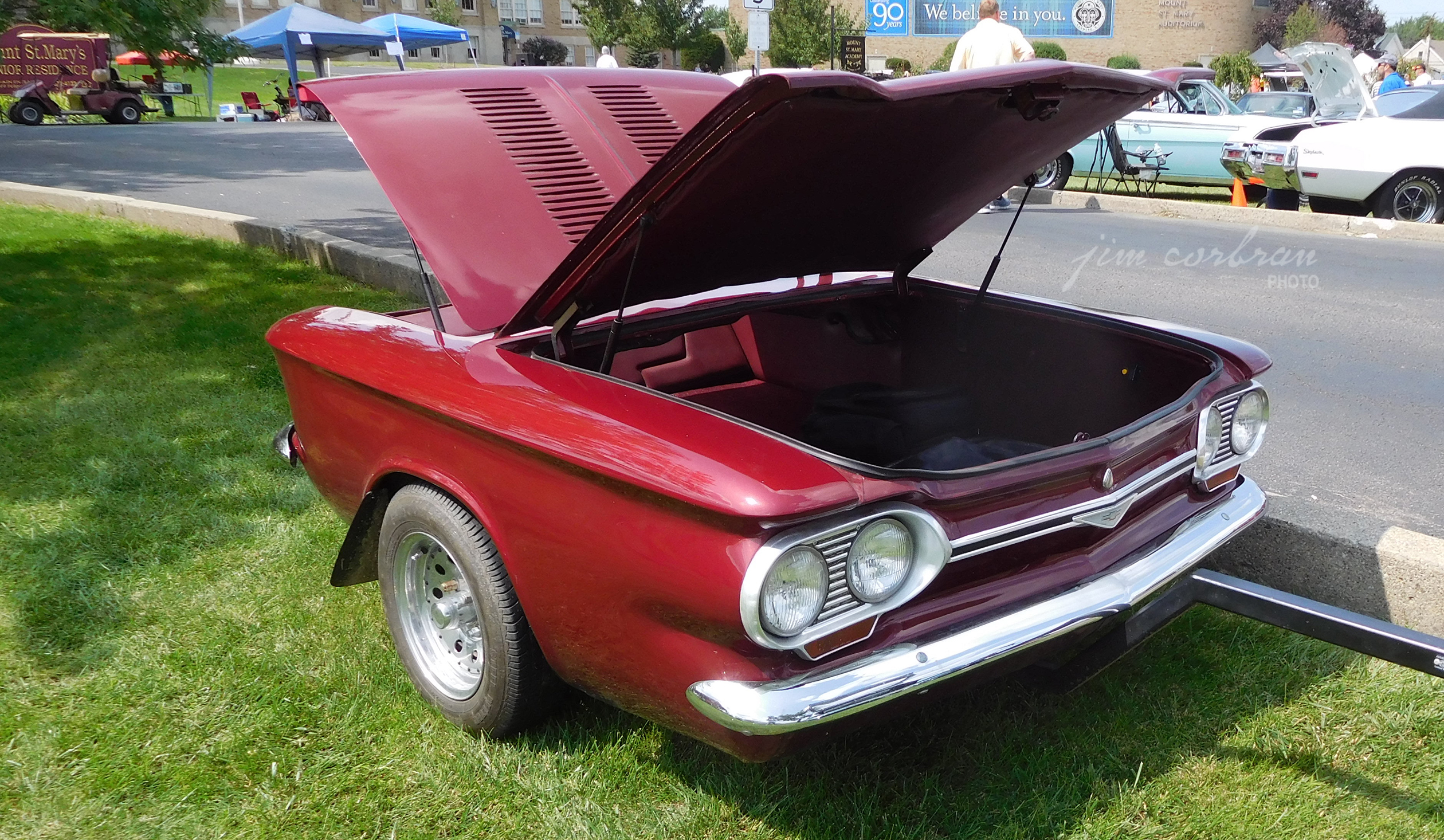 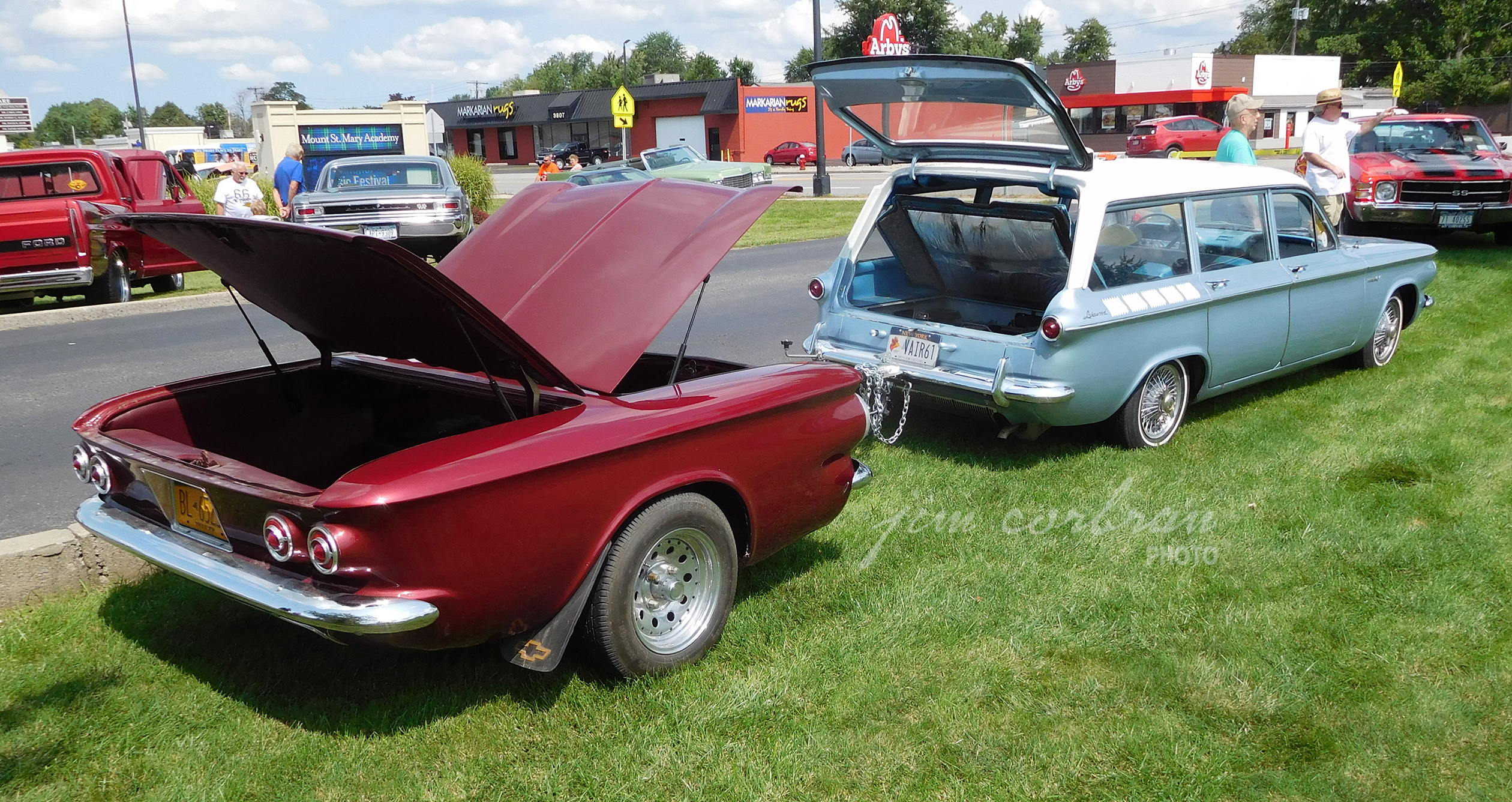 Before you claim “Photoshopped” I will attest to the fact that yes, this 1964 Corvair trailer actually exists. It should be pretty obvious from the other photos — who’s got that much time to do that much Photoshopping? Lol… I’ve come across it a few times over the years — these photos are from the 2017 car show at Mt. St. Mary Academy in Tonawanda, along with its equally nice 1961 Lakewood tow car. One would assume that this started out as one car, maybe a four-door, perhaps a convertible? — which begs the question “What happened to the rest of it?”