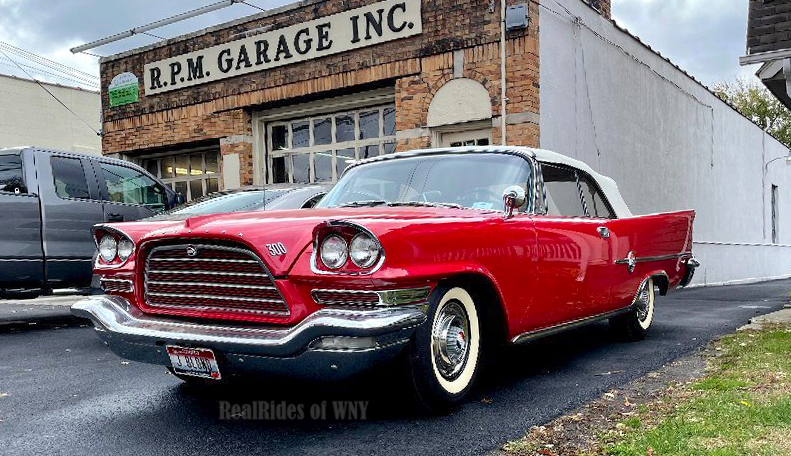 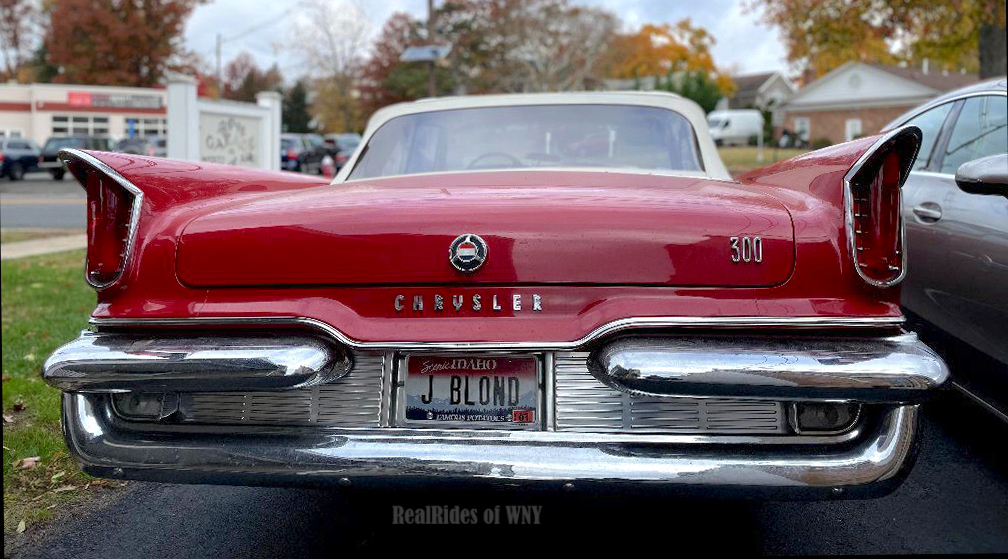 Former WNYer and current RealRides reader Les Trent sent in the photos of this 1959 Chrysler 300-E which he recently came across in Westfield, New Jersey. Also available as a two-door hardtop, the 300-E was “…the fifth edition of an international classic,” Chrysler’s famed letter series which began with the 1955 model 300. Les’ find is pretty rare, as only 140 1959 300-E convertibles were produced, all of which were equipped with a 413cid 4-bbl V8, rated at 380 hp. The 300 cars again featured a completely different front clip from the rest of the Chrysler lineup that year — the final year this would happen. (See the difference below.) 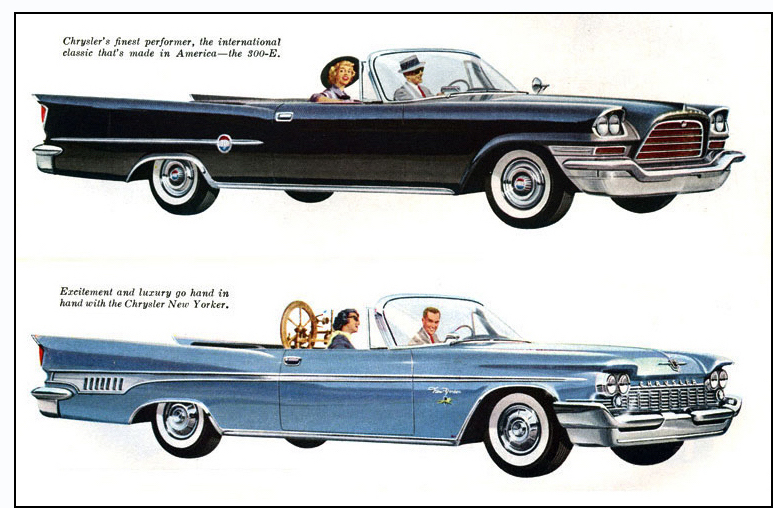