Ironic that we randomly chose this 1976 Chevy Monza as today’s RealRide — just yesterday we featured a custom-made Corvair-based trailer, and as we all know, the Monza name was used on Corvair models through most of the 1960s. Monza is of course a city in Italy; it was also the name of a concept car — the 1963 Monza SS — which was kind of a mash-up of a Ferrari and the next-gen 1968 Corvette (seen below in photos from the GM Heritage Collection). The ‘76 Monza was a Chevy Vega derivative, perhaps hatched to try and overcome the bad rep which the Vega was saddled with due to many quality control problems. It eventually morphed into badge-engineered versions from Oldsmobile (Starfire), Buick (Skyhawk), and Pontiac (Sunbird). We saw this one (and first wrote about it on our Artvoice blog in 2012) in Tonawanda. 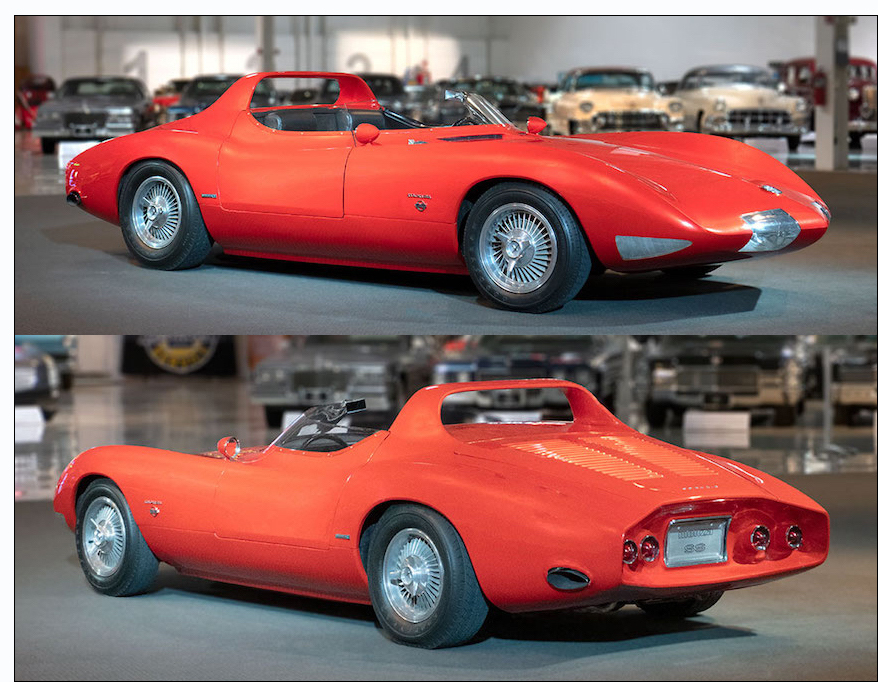