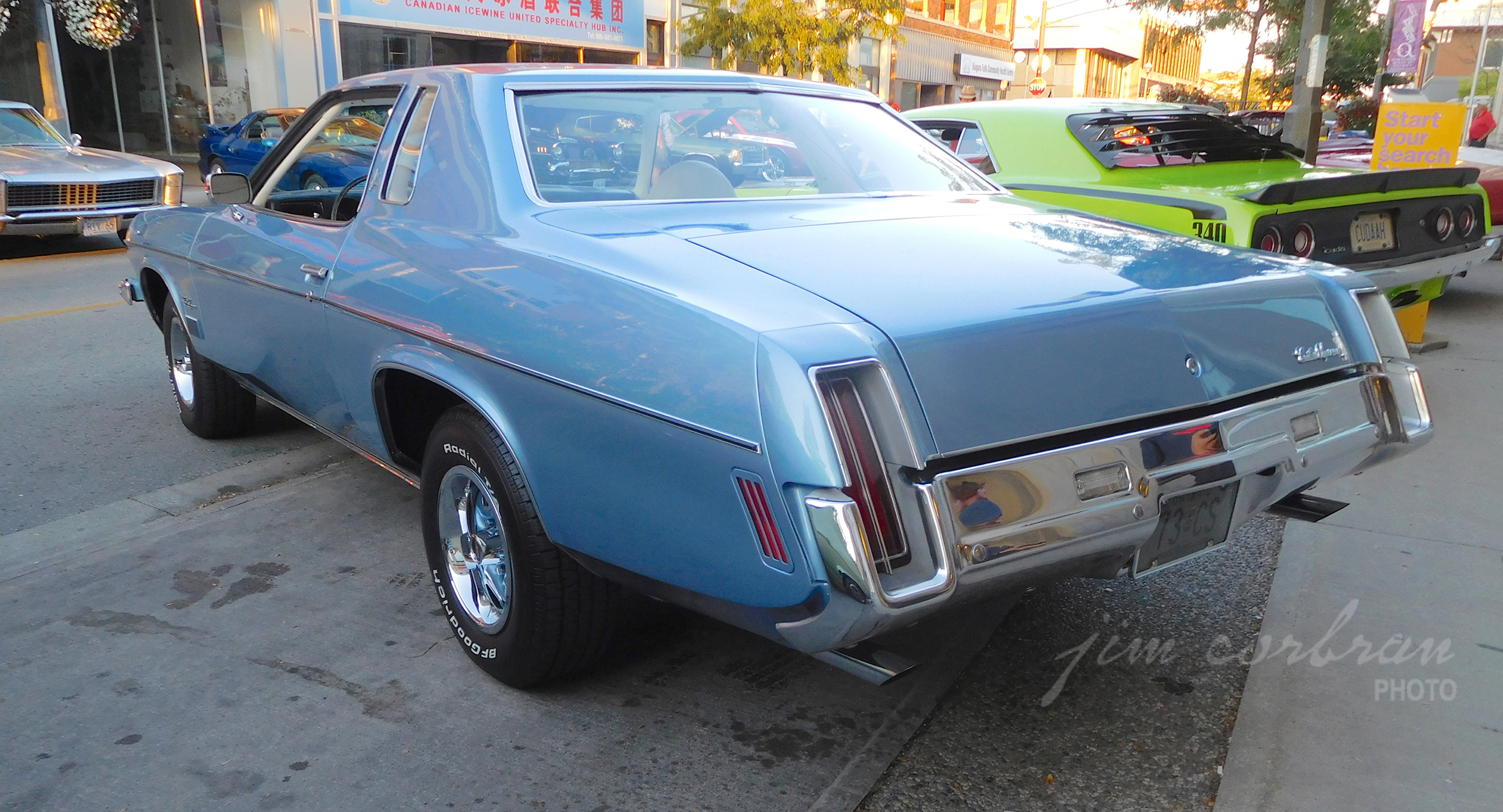 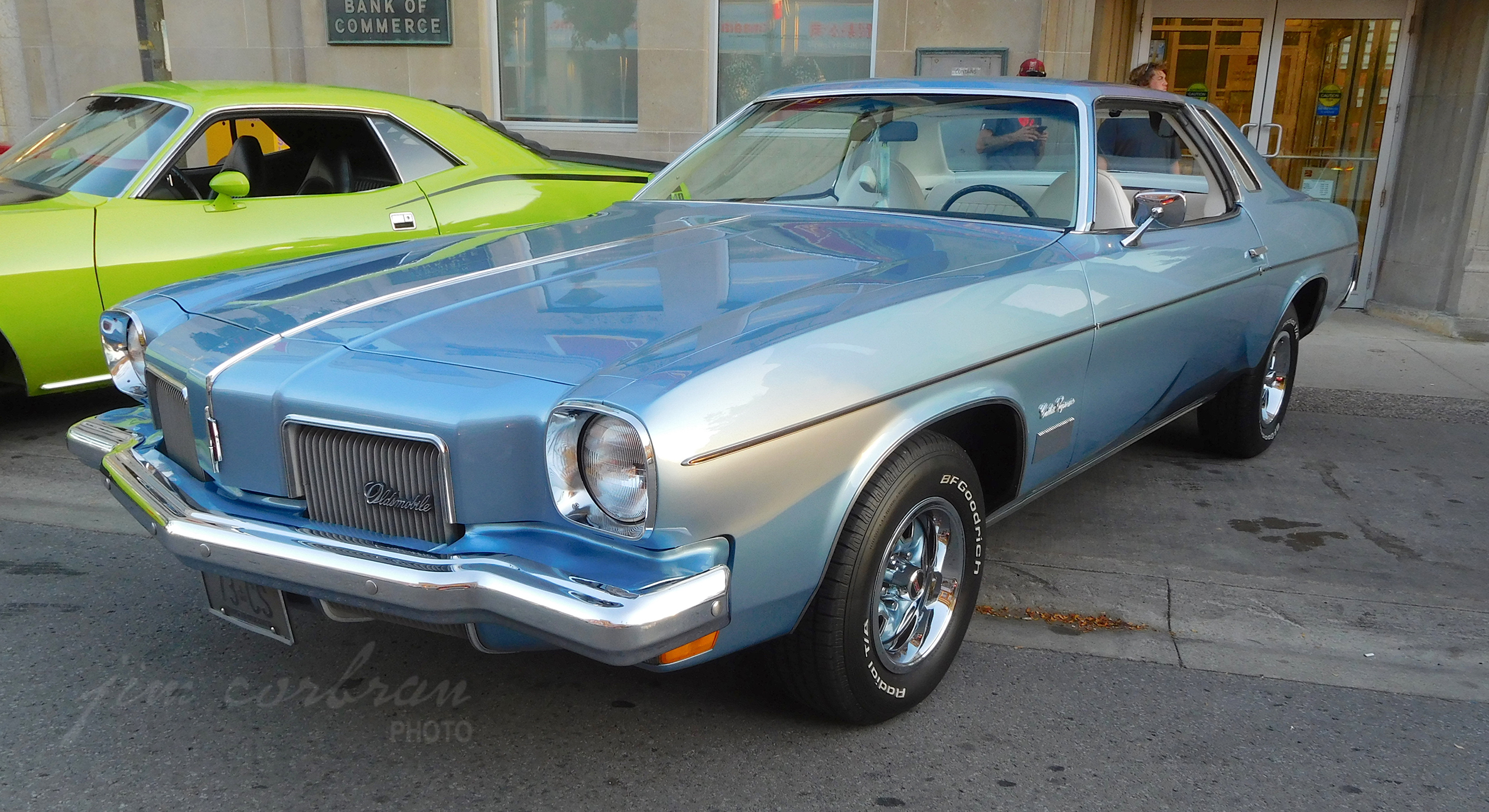 Not often you come across a 1973 Oldsmobile Cutlass Supreme Colonnade Hardtop sans vinyl roof. But here’s one now, seen a few summers ago at a Cruising on the Q event on Queen Street in Niagara Falls, Ontario. Olds told us in their literature that the new ’73 Cutlass Supreme had “…a new suspension system patterned after [their] bigger Oldsmobiles. So there’s more limousine in the way it smooths the roadbed and eases through curves.” Two-door models rode on a wheelbase of 112 inches, while the four-doors span was four inches longer. Also have to mention the grille, which “…swings out of the way when the bumper gets bumped.” I’m sure that feature saved more than a few owners more than a few bucks.