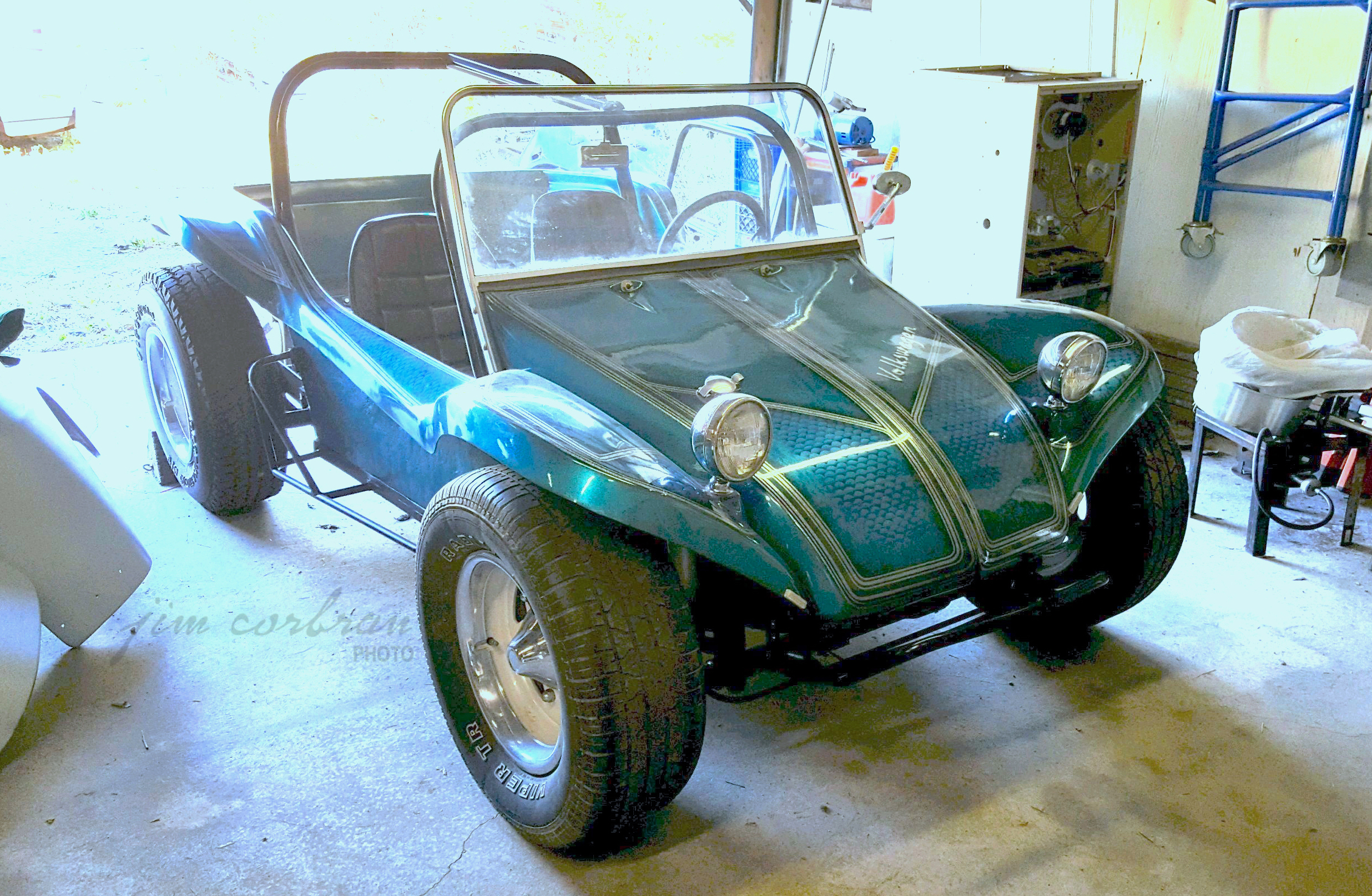 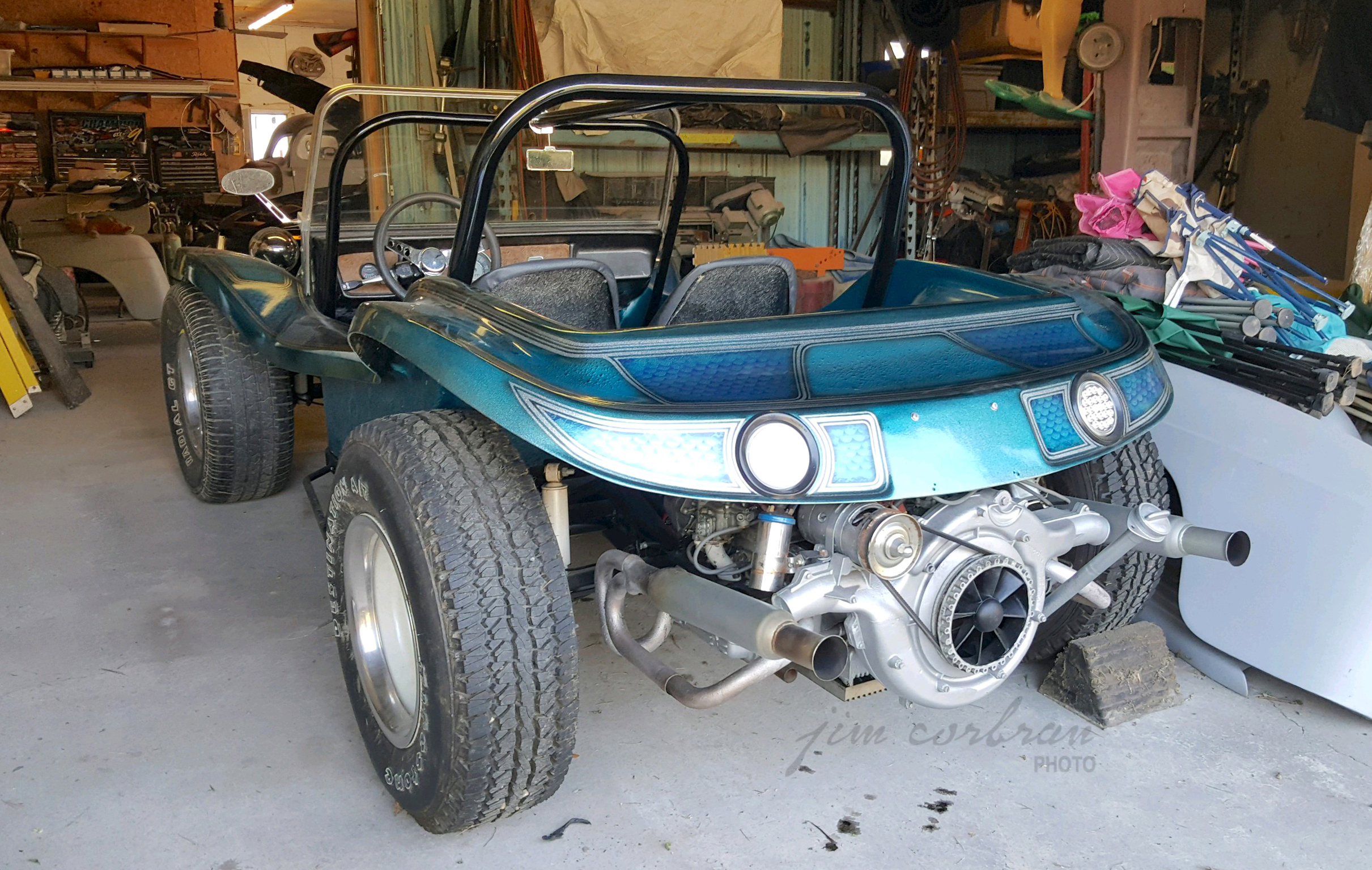 Admittedly, we’re not in an ideal location geographically to get a lot of use out of a 1974 VW-based Dune Buggy, but that doesn’t mean you never see these things around here. (Maybe a few hearty souls take them out in the dead of winter.) We came across this one last summer while completing a business transaction in the hamlet of Shawnee. At the time, it was listed for sale on Facebook’s Marketplace, but has since moved on (Sold? Withdrawn to be saved for a February ride?) The dune buggy was of course popularized by Californian Bruce Myers back in 1964. Myers was a sailboat builder who took a shortened VW chassis, added some Chevy pickup suspension bits, and plopped a home-made fiberglass body on top of it all with the intention of doing some dune racing around his Newport Beach home town. That’s the original, named Old Red, at the bottom of the page. 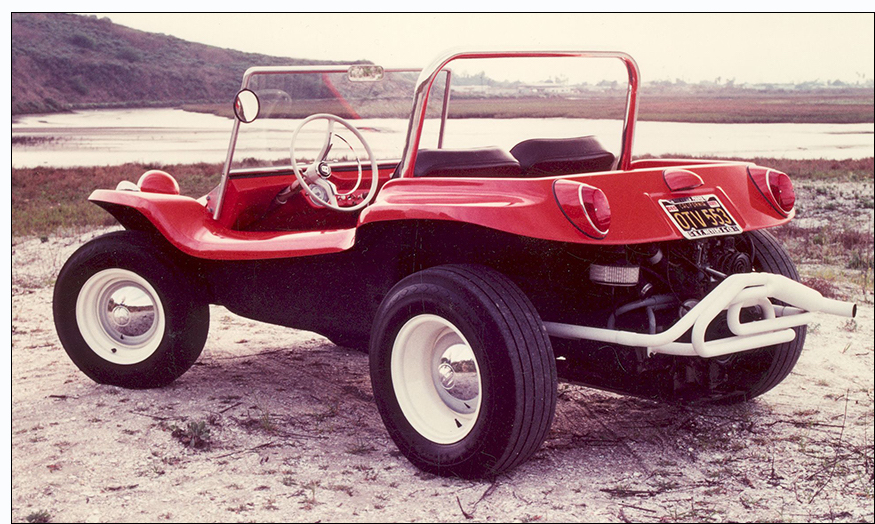